Back in November last year, Xiaomi introduced its highly-anticipated Redmi Note 9 series in China in the form of Redmi Note 9 Pro 5G, Note 9 5G, and Note 9 4G. These devices were nothing close to their global counterparts, not even the LTE variant was close to its global sibling. Since their inception, we knew that it would be just a matter of time until these devices reach global customers. The first step was given last month when the Redmi Note 9 4G was launched as Redmi 9 Power in India. Now the company is moving to release the Redmi Note 9 Pro 5G and Note 9 5G outside of China. The latter is the rumored Redmi Note 9T and will go official on January 8.

If the year ended with the confirmation of Note 9 Pro 5G conversion to Mi 10i in the Indian market, the first week of 2021 confirms with the arrival of Redmi Note 9T as a rebranded Redmi Note 9 5G. The company’s Spanish branch tweeted a teaser about an upcoming launch on January 8 at 10 AM GMT, however, the tweet was deleted shortly after. A couple of minutes later, Xiaomi followed with a confirmation of the phone’s launch with a new time – 12PM GMT. 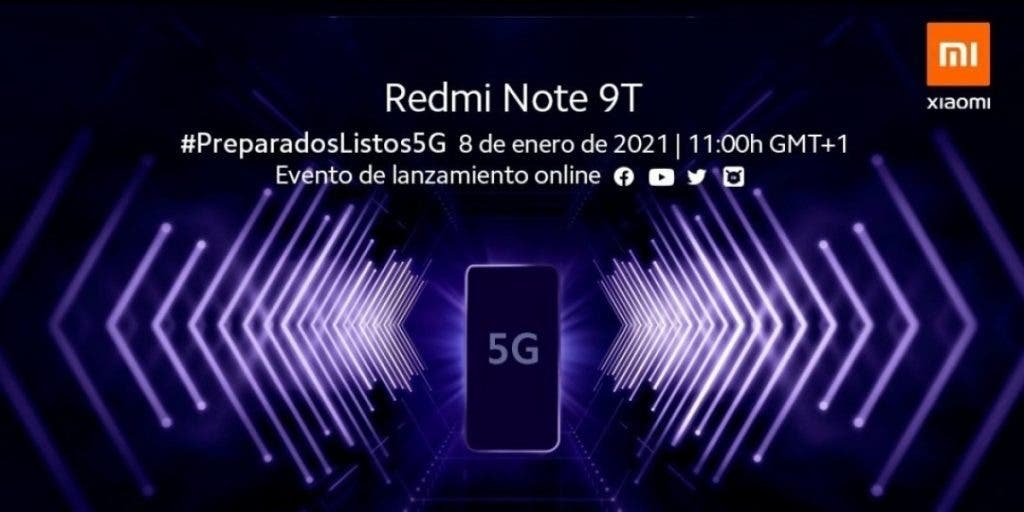 As aforementioned, the Redmi Note 9T is a rebranded Redmi Note 9 5G. For that reason, we are aware of most of its specifications. Unless that Xiaomi comes with a last-minute change. Then we know pretty much what to expect from the handset.

The Redmi Note 9T flaunts a 6.53-inch IPS LCD with 2,340 x 1,080 pixels of resolution with gorilla glass 5 protection. The device also has a top-left aligned punch hole that serves as a house for its 13MP selfie snapper. 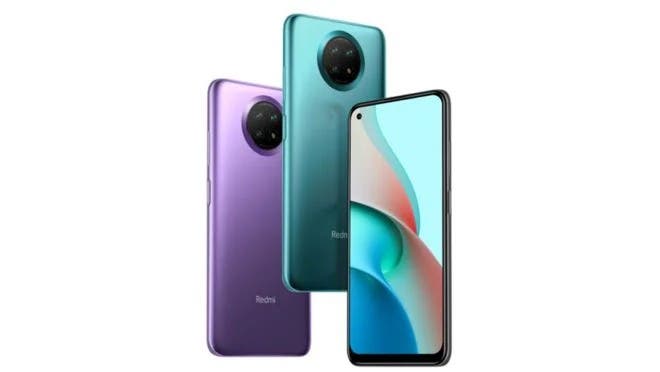 The Note 9T is a 5G smartphone and gets its fifth-gen network powers from the MediaTek Dimensity 800U. The device will greatly expand the availability of the Dimensity lineup outside of China. It’s an Octa-Core chipset with two Cortex-A76 cores operating at up to 2.4GHz and six Cortex-A55 cores operating at up to 2GHz. The handset will start with 4GB of RAM and up to 128GB of Internal Storage.

The handset has a circular-shaped camera module comprising a main 48MP shooter, an 8MP ultrawide sensor, and a 2MP macro snapper. The device draws power from a 5,000mAh battery with 18W fast-charging support. Other features include GNSS, an IR Blaster, Bluetooth 5.1, 3.5mm headphone jack and Stereo Speakers.