After 25 years of dominance, it’s finally time for Adobe Flash Player to take a bow. A few weeks ago, Adobe gave up support for Flash Player. For security reasons, it continues to strongly recommend that all users uninstall the browser plug-in immediately. Starting today, Adobe has gone one step further by completely blocking the Flash Player content. 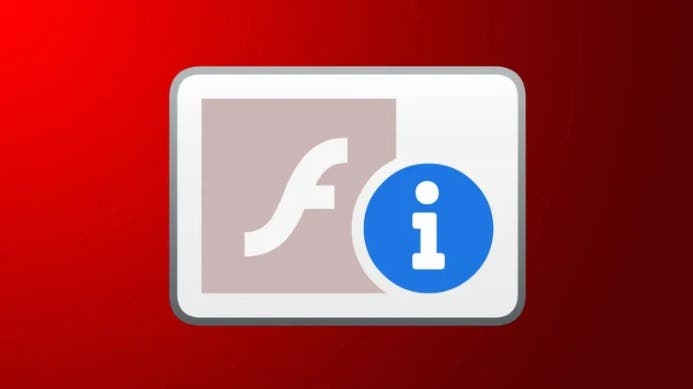 The end of an era for Flash Player

When users try to load Flash games or content in browsers such as Chrome, the content cannot load. Instead, it displays a small banner leading to the Flash stop page on the Adobe website. Although this is the official discontinuation of the Flash Player, this player is no longer active by default on many browsers. In fact, browsers started deactivating the Flash Player by default a few years ago. Nevertheless, Flash which was first launched by Macromedia in 1996 and acquired by Adobe in 2005, the 25-year era is officially over.

In response to questions on why users should uninstall the Flash Player, here is Adobe’s comment

Adobe first announced its plan to stop using Flash in 2017. The company explained: “Open standards such as HTML5, WebGL, and WebAssembly have matured over the years and are viable alternatives to Flash content.”

Adobe does not plan to release Flash Player updates or security patches, so users are strongly recommended to uninstall the plug-in.

Adobe Flash has too many vulnerabilities

Over the years, Flash has been infamous due to a large number of security vulnerabilities, exposing Mac and PC users to malware and other risks, forcing vendors such as Microsoft and Apple to spare no effort in security fixes.

Apple co-founder and former CEO, Steve Jobs, put forward his “view on Flash” in an open letter in 2010. His letter criticizes Adobe’s poor software reliability, security, and performance. Jobs also stated that Apple “cannot allow third-parties to decide whether and when to provide our enhancements to our developers”.

The disabling of Flash should not have a serious impact on most users. This is because many popular browsers have moved away from the plug-in. In addition, iPhone and iPad users will not be affected by this change. Again, this is because iOS and iPadOS have never supported Flash.