Chinese manufacturer, Meizu, has been really quiet for some time now. After the release of the Meizu 17 series in May last year, the company did not do much for the rest of the year. However, the first smartphone-related information from Meizu is now available. According to @DigitalChatStation, there is some “confusing” information regarding Meizu’s upcoming smartphone. Ordinarily, after the Meizu 17 series, we all expect the Meizu 18 series. 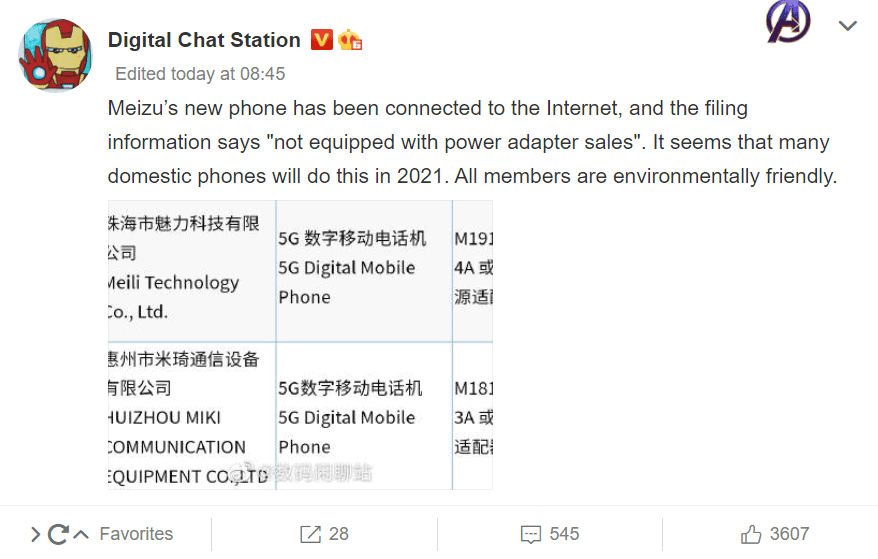 The certification report shows that Meizu’s upcoming phone will not come with a charger in the box. This has become a new trend in the smartphone industry after the iPhone 12 series launched without a charger in the box. The Xiaomi Mi 11 and Galaxy S21 series also comes without a charger. At the time of this information, @DigitalChatStation claimed that this phone is not the Meizu 18 but a new version of the Meizu 17 because the configuration is basically the same. 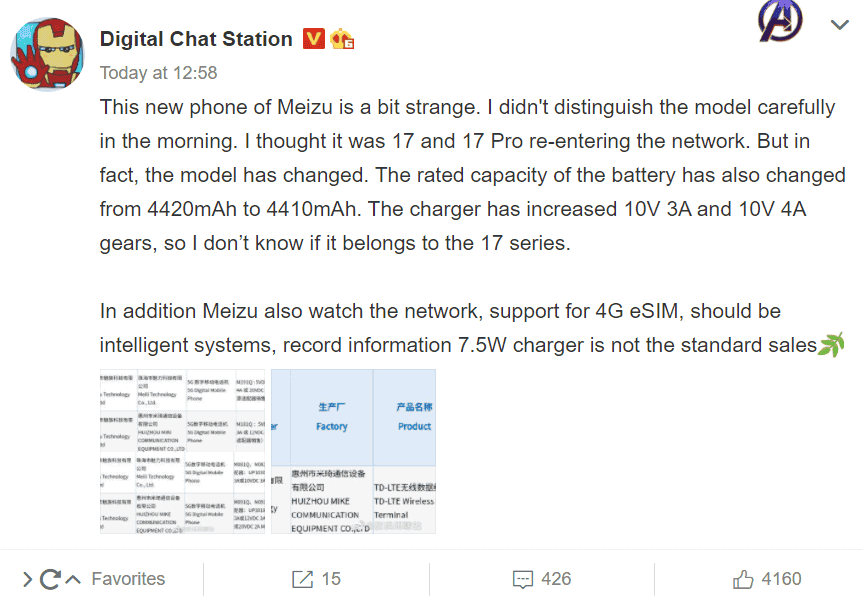 Meizu 18 series could be on its way

However, a few hours later, @DigitalChatStation acknowledged that this device could actually be the Meizu 18 series. He showed another Meizu certification with a different model number. Also, there are changes in the battery size and charging capacity. The upcoming Meizu device will have 4,410 mAh (typ 4,500 mAh) and 3,910 mAh (typ 4,000 mAh) batteries. While the former will support 40W fast charging, the latter will support 30W fast charging.

In addition, this smartphone will ship with the Qualcomm Snapdragon 870 SoC. Looking at the change in processor, @DigitalChatStation believes that this device could be the Meizu 18 series.  There could also be a Snapdragon 888 version of this device.

The Snapdragon 870 uses the same process and architecture as the Snapdragon 865 Plus. However, this chip comes with a higher version of the Kryo 585 CPU core. Its core frequency rises to 3.2GHz, which is 100MHz higher than the previous generation. Obviously, its performance is better than the SD865 but it falls short of the 5nm SD888. This chip is a 7nm processor.

As of now, there is no official information from the company regarding the upcoming Meizu 18 series. However, Meizu has been listed as one of the companies to use the new 7nm Snapdragon 870 SoC. Considering the adoption rate of the Snapdragon 870, we expect the Meizu 18 to arrive before April. Of course, this is us taking a look at our crystal ball.

Furthermore, the certifications also show Meizu support for a 4G eSIM. We do not know the device that Meizu intends to use this feature.

Next Samsung Galaxy A72 has already appeared on Samsung's website