Sony has begun rolling out a software update based on the latest Android 11 operating system for the Xperia 10 II mid-range smartphone.

Stable firmware 51.1.A.0.485 is 994 MB in size. In addition to the standard Android 11 features, the update brings the December 2020 Android security update. The update is currently available in Southeast Asia, but will soon be available in other regions.

The Xperia 10 II smartphone debuted in February 2020 and came with Android 10 onboard. 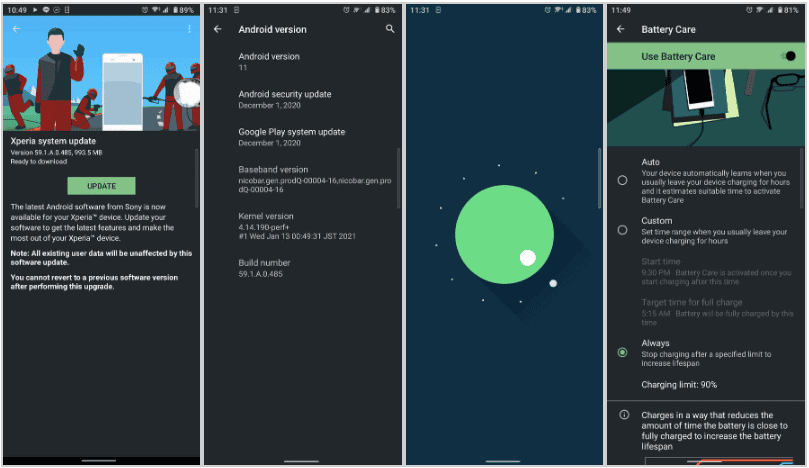 The Sony Xperia Pro is about to complete its first anniversary, but only now has reached the United States. The device was announced alongside the Xperia 1 II and Xperia 10 II in February last year, however, it was not available for purchase. Almost twelve months later, the company now officially launched the Xperia Pro in the United States. The device represents a milestone for Sony since it’s the first 5G phone to reach the United States. Don’t hold your breath for it just yet, after all, the Pro has a premium price tag of $2,499,99. In case you’re wondering, this isn’t a foldable or rollable phone.

The hefty price tag will certainly not be attractive for all customers. The point here is that Sony targets professional, users who can deploy the phone’s HDMI input to turn the device into an external camera monitor. Moreover, the 5G connectivity means that the phone can be used to quickly upload or live-stream video footage. Just like the Xperia Mark Series, the Xperia Pro focus is on photographers and professionals. Apart from the HDMI input and US 5G support, the Xperia Pro does not bring any novelties in comparison to the Xperia 1 II. For those unaware, the Xperia 1 II came to the US with 4G connectivity. In Europe, customers can get the 5G variant. As you may expect, the Xperia Pro will not reach the old continent and should remain exclusive to the US. 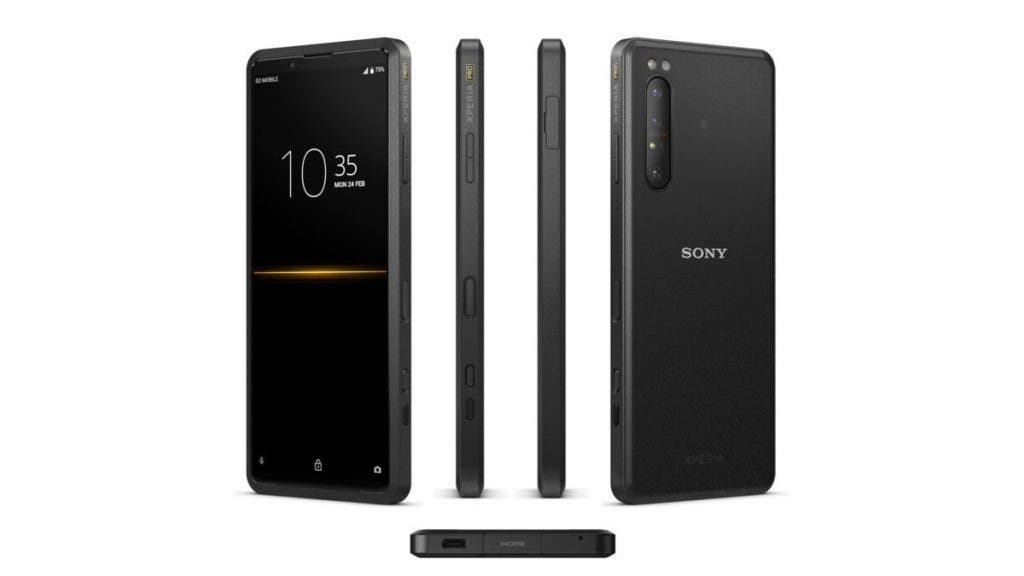 The Xperia Pro features a 6.5-inch OLED display with a tall 21:9 aspect ratio and a 3,840 x 1,644 resolution. This resolution certainly is a big spot on this handset, since we don’t have many companies betting in resolutions too close to 4K. Under the hood, the phone has a Qualcomm Snapdragon 865 SoC which draws its power from a 4,000mAh battery. Although this battery size is adequate, we don’t know if its performance will be stellar in a phone with a high-end chipset and a close-to-4K resolution. The camera department brings 12MP wide, telephoto, and ultrawide cameras.

The phone brings an HDMI input on the bottom. Common smartphones have the bottom part as a home for the USB-C port, however, the Xperia Pro has a left-mounted USB C port. According to Sony, the phone is capable of taking up to 4K @ 60 fps HDR video stream. It may work with any cameras that have an HDMI output.

As far connectivity is concerned, the Pro brings sub 6GHz and mmWave 5G. According to Sony, it has a unique four-way mmWave antenna array that maximizes reception. The phone also packs a network visualizer app. You can assign it to the phone’s shortcut key and it will help you to find the best position to get a signal.