Microsoft’s Your Phone app has become useful for many Windows 10 users by allowing them to pair their Android smartphones with the PC.

Unfortunately, the number of compatible devices is still limited, which is why LG has released its own Windows 10 app to pair your LG phone with a computer.

In other words, the South Korean tech giant decided not to wait for Microsoft to add LG smartphones to the list of supported devices, which already have some Samsung models, but to launch its own service, which is already available in the Microsoft Store.

The new application is called Virtoo, and Bluetooth is used to pair the smartphone and the computer. As a result, users can access certain smartphone functions directly from their computer.

So far, not all LG models are supported, in addition, the list of available functions also differs on different smartphones. The new application will allow users to send messages from their computers, access files stored on the phone, make calls, and display a clone of the smartphone screen on the monitor. 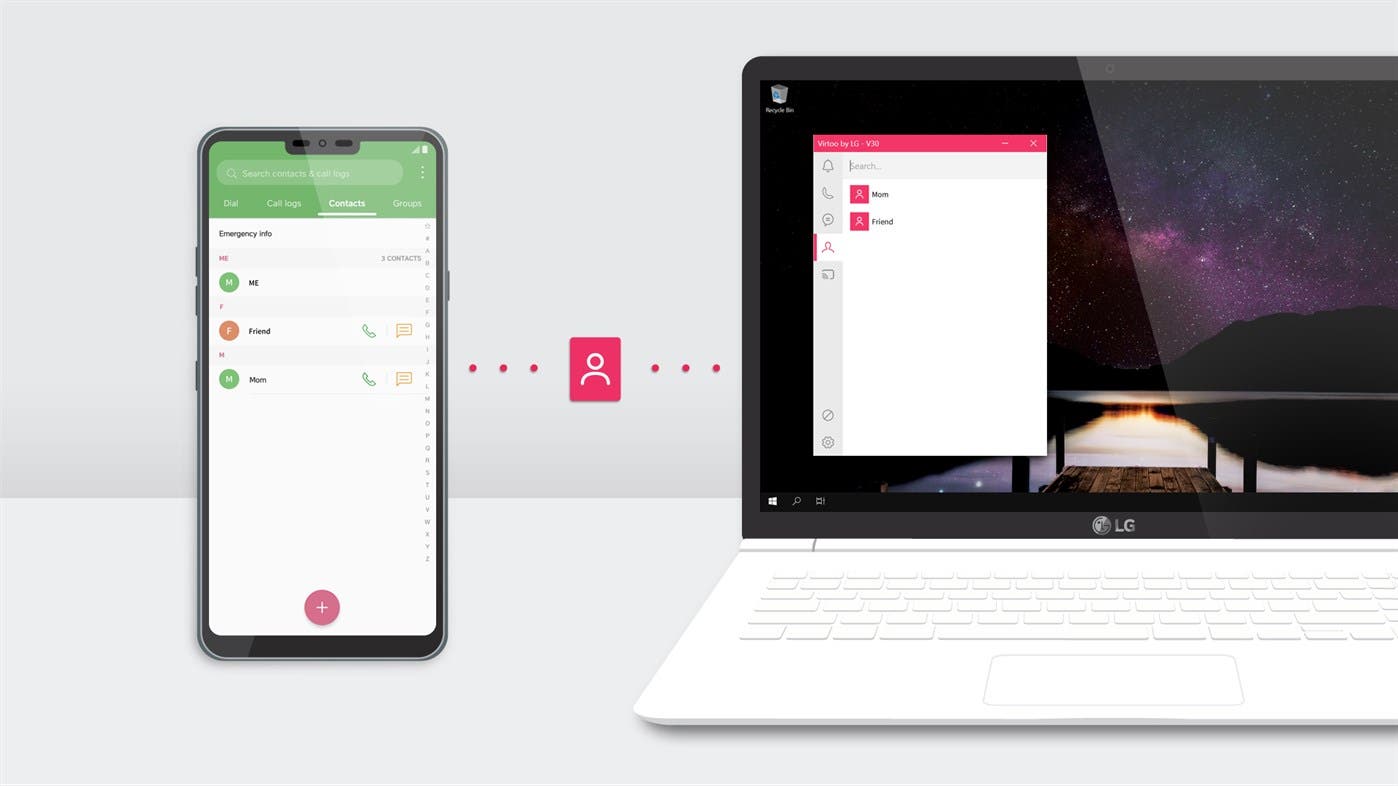 LG’s struggle in the smartphone business isn’t a secret for anyone. In the past, the company had solid offerings in the smartphone market being one of the pioneers in the Android flagship segment with successful devices like the LG G2. The brand also was a house of innovative ideas. For instance, it brought one of the first QHD smartphones in the form of the LG G3. It also revealed one of the few modular smartphones in the form of LG G5. Furthermore, LG started the trend of 18:9 displays back in the days of LG G6. Despite this, the company is collecting losses in recent years. Despite the efforts with the arrival of LG Velvet and LG Wing, the company failed to have a successful 2020. The Korean giant shared its 2020 financial results showing, once again, that its smartphone business is burning cash.

January has been filled with many rumors regarding LG’s future in the smartphone business. Despite that the fact that the brand showcased an LG Rollable smartphone at CES 2021, it seems that the brand is really killing its smartphone business. The Korean tech firm published its Q4 2020 financial report and the numbers show the mobile division capped a loss of KRW 841.20 billion ($750.63) for the 2020 calendar year. With these results, it seems that not even the LG Rollable can save the smartphone’s business. 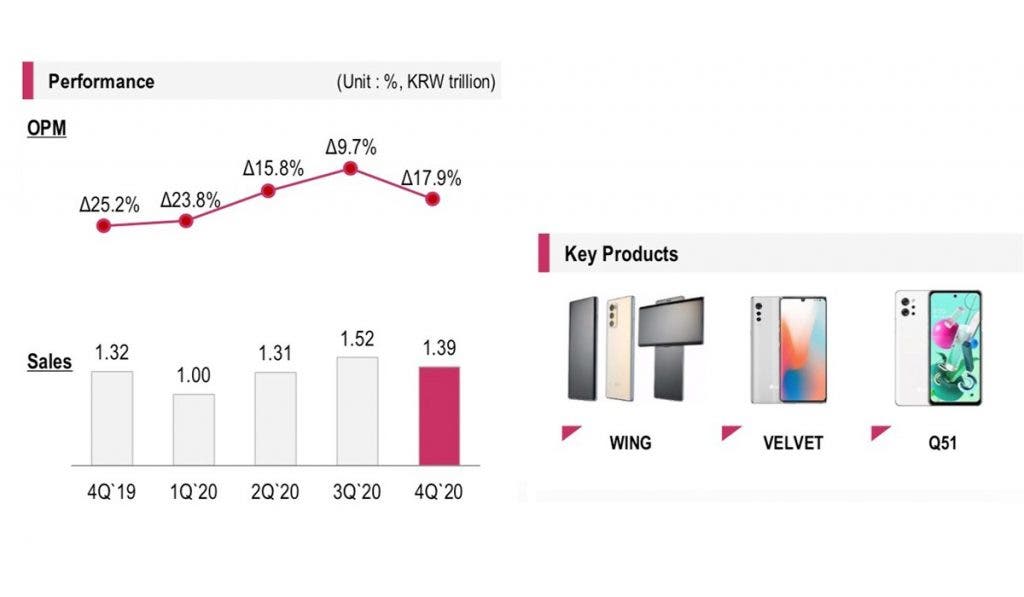 The operating loss for the October-December period is KRW 248.5 billion which is just around $222.93 million. It marks LG Mobile’s 23rd consecutive quarter ending with a loss. Even the biggest company can’t keep its dying arm after that milestone. The report notes stagnant sales of LG’s premium devices and shortage of 4G chipsets as the main problems. Unlike other companies, the Korean firm failed to build a solid 5G strategy with affordable smartphones. Even the Velvet is ridiculously overpriced in comparison to other 5G phones from Chinese brands.

The company also launched a controversial variant with Snapdragon 845 that puts a big interrogation in our minds. Why a phone comes in 2020 with a chipset from 2018? The company’s smartphone sales brought KRW 1.39 trillion ($1.24 billion). This is 9.2% lower than Q3 values but at the same time is up by nearly 5% compared to the same time last year. Once again, this isn’t enough to classify 2020 as a winning year for LG.

Despite the bleeding smartphone business, the Korean firm hasn’t given up. At least not officially right now. The company believes the push for 5G will lead to more demand for its smartphones as consumer demand is expected to return to pre-pandemic levels in 2021. According to the report, LG will “closely review the direction of its mobile business”; and will “share its business direction once determined”.

Next First renders and specs for UMIDIGI A9 Max