Last week, Counterpoint Research released some data on its estimates for the chip industry in 2021. In 2020, the revenue of the chip foundry industry increased by 23%, reaching $82 billion. Counterpoint said it will grow by 12% this year, bringing the revenue to $92 billion. TSMC should grow by 13% to 16% this year, which is consistent with the overall growth rate of the industry. Samsung’s revenue in 2021 is expected to grow by 20%. Both TSMC and Samsung fabs provide cutting-edge chips using 5nm and 7nm process nodes. The industry has just started shipping 5-nanometer chips this year. The A14 Bionic chip from Apple is the first 5-nanometer chip. 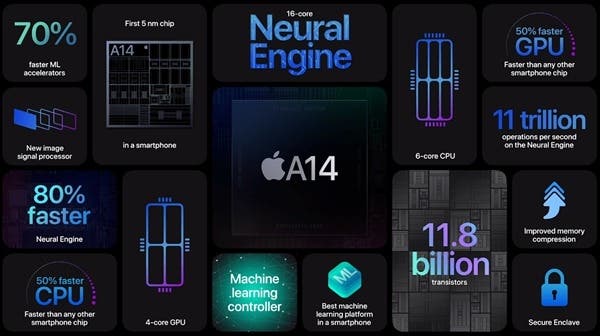 Counterpoint Research predicts that due to the A14 and A15 Bionic and M1  chips, Apple will become TSMC’s largest 5nm customer this year, accounting for 53% of production. This year’s 5nm output will account for 5% of 12-inch wafers, which is less than 1% higher than last year. Counterpoint believes that Qualcomm accounts for 24% of TSMC’s 5nm chip production because Apple is expected to use Qualcomm’s 5nm Snapdragon 5G X60 modem in the iPhone 13. From predictions, TSMC and Samsung’s 5nm equipment will have 90% bookings in 2021, and the former’s total 5nm business revenue this year will reach $10 billion.

TSMC and Samsung will get most of the orders

Unlike 80% of 5nm wafers used in smartphones, 7nm chips are more widely used, with only 35% of products used in smartphones. Counterpoint predicts that 7-nanometer will account for 11% of 12-inch wafer usage this year. Both TSMC and Samsung produce a variety of 7nm chips, including those made using EUV. Extreme ultraviolet lithography uses ultraviolet light beams to etch extremely thin patterns on wafers to help engineers create circuits. The use of EUV helps foundries reduce their process nodes to the current 5nm, and mass production of 3nm will begin next year.

This year, TSMC’s 7nm largest customer will be AMD; according to Counterpoint data, the latter will account for 27% of such output. Nvidia will be next, accounting for 21%, while MediaTek will be third, accounting for 10%. Intel will be fourth accounting for 7%, although it has its own fab, in terms of process nodes, its capabilities lag behind TSMC and Samsung foundry. Intel’s decision to outsource is necessary to maintain the long-term survival of chip manufacturers. Apple will win 6% of TSMC’s 7nm production this year because some of its older phones still require 7nm chipsets.

Next New major sale for the LIECTROUX C30B robotic cleaner