Gartner believes that Apple will continue to maintain its position as the world’s largest semiconductor customer in 2020. This is mainly due to the continued success of AirPods, the special demand for Mac computers and iPads, and the growth of NAND flash consumption. 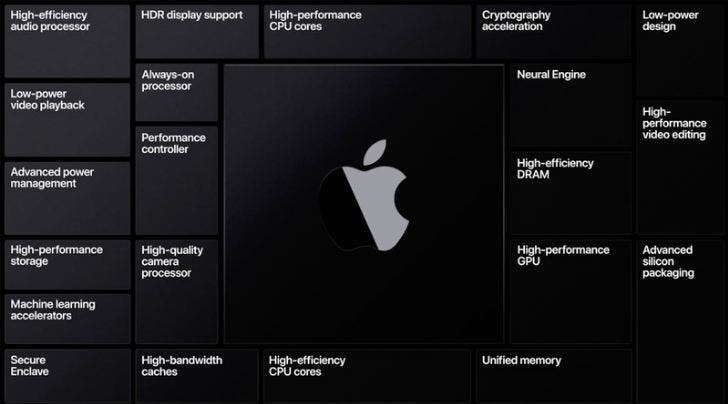 According to reports, Apple’s orders for chips last year hit $53.6 billion. Leading its orders are chips for AirPods, iPads, and Macs. The increase in spending does not necessarily relate to the number of chips. There was a significant rise in the price of memory chips. This forced manufacturers to increase their spending on chips in order to meet their target. And as more countries expand their 5G footprints, manufacturers are spending more as they increase the number of 5G supported handsets in their lineups. 5G modems cost more and this also resulted in additional spending by OEMs. Apple will most likely retain its position among the top 10 chip buyers this year.

Chinese manufacturer, Huawei, is feeling the heat of the U.S. ban. The ban greatly affects its smartphone business and this is reflecting in its performance. According to Gartner’s report, Huawei has significantly reduced its semiconductor spending in 2020. The company’s record shows a 23.5% drop from 2019. In fact, it is a surprise that the company is still among the top 10 chip buyers in 2020.

Analyst Yamaji said, “The U.S. government increased trade restrictions on Huawei in 2020, limiting its ability to purchase semiconductors, which in turn restricted its smartphone supply and reduced its market share. However, other Chinese smartphones Original Equipment Manufacturers (OEMs) stepped in to fill the vacuum created by Huawei in the second half of 2020, and the Chinese market remains vital to semiconductor suppliers”.

For now, Huawei’s situation will remain the same or perhaps get worse if the ban persist. Nevertheless, with the change in government in the U.S., there may be some hope for Huawei. However, the present administration do not seem to be very interested in the U.S. trade issues with China. It is currently focusing on the coronavirus pandemic and how to curtail the situation. Huawei will have to wait a few months or maybe years to get back to the negotiation table. With the present administration, there should be a political solution to Huawei’s problems. At least, it should be allowed to do business with American companies. Until this happens, Huawei’s smartphone business is a “sinking ship”.

Xiaomi is perhaps one of the biggest “winners” in the 2020 semiconductor market. According to Gartners analysis, the Chinese manufacturer have the largest increase in spending in 2020 (26%).

According to Gartner, “Xiaomi’s smartphone business has been the least affected because of its sales model driven mainly by online channels throughout the pandemic . The sanctions on Huawei have enabled Xiaomi to gain more market share in the smartphone market…Xiaomi’s strong success in a wide variety of consumer IoT devices, including smart TVs, wearables and smart home appliances, also increased its semiconductor spending in 2020.”

Presently, Xiaomi is the third largets smartphone maker in the world behind Samsung and Apple. According to the company, it is the number one brand in ten markets including India. Furthermore, it is among the top three brands in 36 arkets globally. The Chinese giant also is the fastest-growing brand in the high-end segment with an impressive 3,639% growth year on year in Q3 2020.

Between the last quarter of 2019 and Q3 2020, Xiaomi invested over $1.3 billion in the R&D department. Presently, the brand is capable of testing its cameras in just one day. The brand also improved its cameras, audio and software.

Well, Samsung Electronics is still in second postion for two reasons. The first reason is that Huawei, one of its greatest competitors is handicapped. The second reason is that there is still a strong demand for enterprise solid-state drives (SSDs) in data centers. The South Korean manufacturer increased its spending in 2020 by 20.4%. It has also benefited from trends such as working from home and e-learning. These current trends have driven demand for PCs and cloud servers, which use many of Samsung’s SSDs.

Apple seem to apply these chips in more devices than any other company. The company’s use of these chips in AirPods, iPads, and Macs suggets that it will probably retain its top position. Xiaomi may not move any higher but we can not underate the Chinese manufacturer. As for Huawei, it will have to wait for the U.S. government. Most likely, there will be a change in the ranking this year. Huawei will probably fall off third position but will msot likely remain in the top five.

Next OnePlus 9 and 9 Pro will pack 4,500mAh batteries, the charger will be included