Google has been in and out of trouble in recent times. The internet giant has a plethora of lawsuits many of which are not going its way. According to a recent report, Google has agreed to pay 1.1 million euros to the French government for generating hotel ratings. Google Maps does not use the official data from the French tourism department. Instead, it uses its own ratings thereby violating the law. 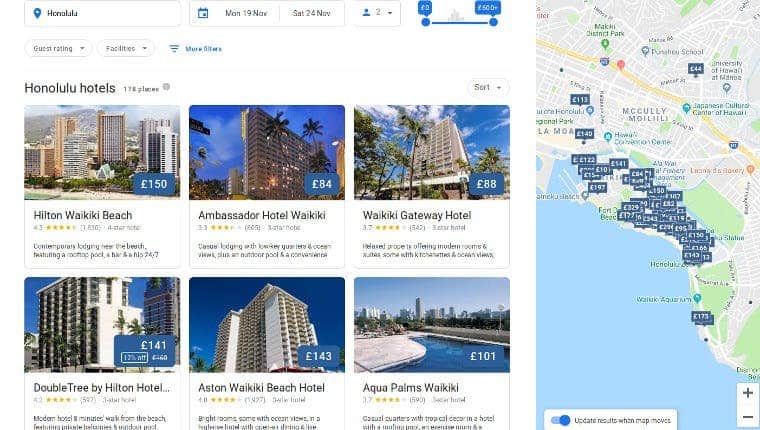 As early as 2019, the French consumer and competition regulator DGCCRF received a series of complaints from consumers because Google used its own scoring system to rate hotels. In France, the law requires that hotel ratings must be set by local tourism organizations according to standards.

The scoring in Google Maps uses 1-5 stars, which is similar to the international hotel star-rating standard. However, Google’s scoring comes from a proprietary algorithm, relying on customer reviews and other data for scoring. For this reason, when users use Google Maps to search, they can’t see the real hotel stars. Instead, they see only Google’s own scoring system. There is a difference between the two. Google’s own ratings are currently applied to approximately 7,500 hotels worldwide.

After the French authorities launched an investigation, Google changed the star rating standards. However, this did not rescue the company from the punishment. The fine (1.1 million euros) is only a drop in the bucket for the Internet giant. In 2018, it was hit with a 4.34 billion euros fine for using the Android system to promote its own apps.

“Pixel has all the tools and technology to support your business needs across hardware, software, and built-in AI. It offers advanced security features, along with security and OS updates for at least three years. It also comes with software to help you and your employees to perform more efficiently…”

Over the past few years, the competition in the smartphone market has been intense. The company is very far from the top 10 smartphone manufacturers globally. However, it appears that the company is working on some marketing strategy like the ‘Pixel for Business’ website. Hopefully, this new strategy of emphasizing safety and easy management will rack up some sales for Google.

Next Realme Narzo 30 Pro will pack a Dimensity 800U SoC