Back in November last year, Huawei sold its Honor sub-brand to a Chinese conglomerate. The reason is that Huawei does not have the resources to keep pushing many smartphones right now under its own and Honor branding. Also, this is a good way to protect all the work done in Honor as a brand. Now, the former sub-brand is free to fly in this competitive market with its own wings. So far, the brand only launched a single smartphone Honor V40 5G, but it still was based on Huawei’s work. Also, this device is only available in China. Apparently, the brand is preparing two new devices, for now, known as Honor HJC and Honor NZA.

Now that Honor is free from Huawei problems, we expect the brand to actually reach global markets. If it does well, it can absorb most of Huawei’s former consumers and become the “new Huawei” in global markets. Worth noting that Huawei still has a solid user base across some markets in Europe. However, we don’t know how it will keep pace this year. Anything can happen in the coming months now that the Trump administration is no more. For now, Honor will try its best to attract Huawei fans.

Last week, the Honor V40 or Honor View 40 was certified by Europe’s EEC certification along with four other smartphones. Two of those handsets with model numbers HJC and NZA have now received the FCC certification as well. The Honor HJC is a mid-range phone, whereas the NZA is a budget handset. Unfortunately, their FCC certifications do not reveal anything about them, just like the EEC certification. However, since they have also cleared TENAA, we know some of their specifications. 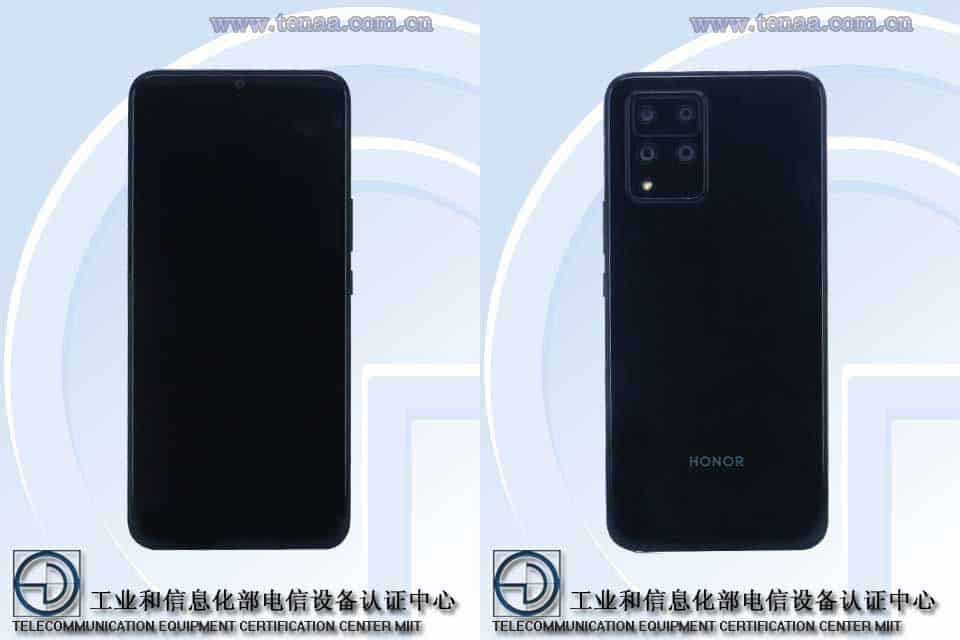 According to the TENAA database, the Honor HJC flaunts a 6.53-inch FHD+ AMOLED Display with a 20:9 aspect ratio and an in-display fingerprint scanner. The device carries the MediaTek Dimensity 800U chipset paired with 8GB of RAM and 128GB/256GB of Internal Storage. As far as the camera setup is concerned, the device has a 64MP primary sensor, an 8MP secondary sensor, and a 2MP sensor. The device has a 16MP shooter housed inside of a waterdrop notch.

The phone has a microSD card slot and an Android 10. It draws power from a modest 3,800mAh battery with 66W fast-charging. It will be available in four colorways – Magic Night Black, Iceland Fantasy, Titanium Silver, Emerald Blue. 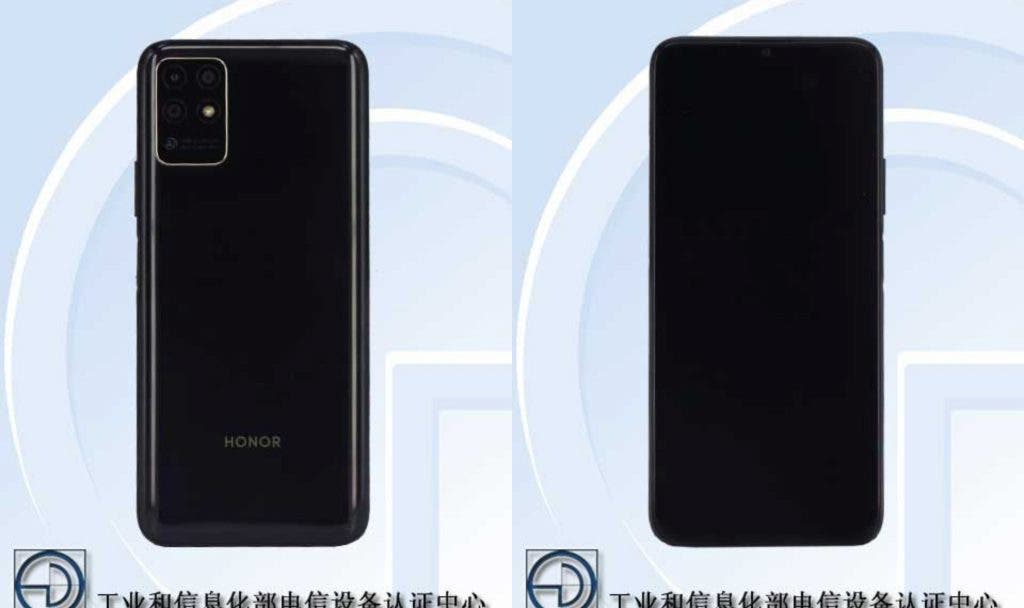 The Honor NZA is a traditional mid-range phone. It packs a 6.6-inch HD+ TFT LCD. Under the hood, it carries a 2.0GHz Octa-Core chipset with 5G capabilities. It also has 4GB / 6GB of RAM and 64GB / 128GB of Internal Storage, respectively. Other specs include a side-mounted fingerprint scanner, a microSD card slot, and a 3.5mm headphone jack. The device also has Android 10, a proximity sensor, an accelerometer, ambient light sensor. It draws power from a 5,000mAh battery and comes in Blue and Black colorways.

Although the devices have competitive specifications, we think that Android 10 is one of the downsides. Especially if Honor is aiming at the International markets. We believe that these devices were made when the brand was still part of Huawei. That explains why they still have the 2019’s Android version. Also, the brand should still be in negotiations with Google to bring GMS and newer Android versions back to Google devices.

We expect Honor’s plans to be disclosed in a near future.