In the final week of December 2020, Vivo unveiled its Vivo X60 and Vivo X60 Pro in China. These devices were intriguing devices featuring powerful cameras and Samsung’s Exynos 1080 chipsets. This particular chipset sits below Samsung’s flagship Exynos 2100. However, it still is based on the 5nm architecture and has Cortex-A78 cores. So far, these devices have remained exclusive to the Chinese market. However, we started to see multiple certification listings suggesting the devices’ arrival on global markets. Now, we get one more certification from Google Play Console and GeekBench Benchmark.

The listing for the Vivo X60 and X60 Pro reveals the V2045 and V2046 model numbers respectively. Interestingly, the new global variants will be different when compared to their Chinese counterparts. One of the biggest changes, for sure, is the choice of a Snapdragon 870 chipset over the Exynos 1080. This reason is unclear, but if you’re not a fan of Exynos chips, then you will certainly enjoy the change. For those unaware, the Snapdragon 870 is a follow-up for the Snapdragon 865 series with increased performance and efficiency. It sits below the Snapdragon 888 but still offers a flagship-like performance. The remaining specifications include 12GB of RAM, 2,376 x 1,080 resolution with 440 pixels per inch and Android 11 with OriginOS running on top. 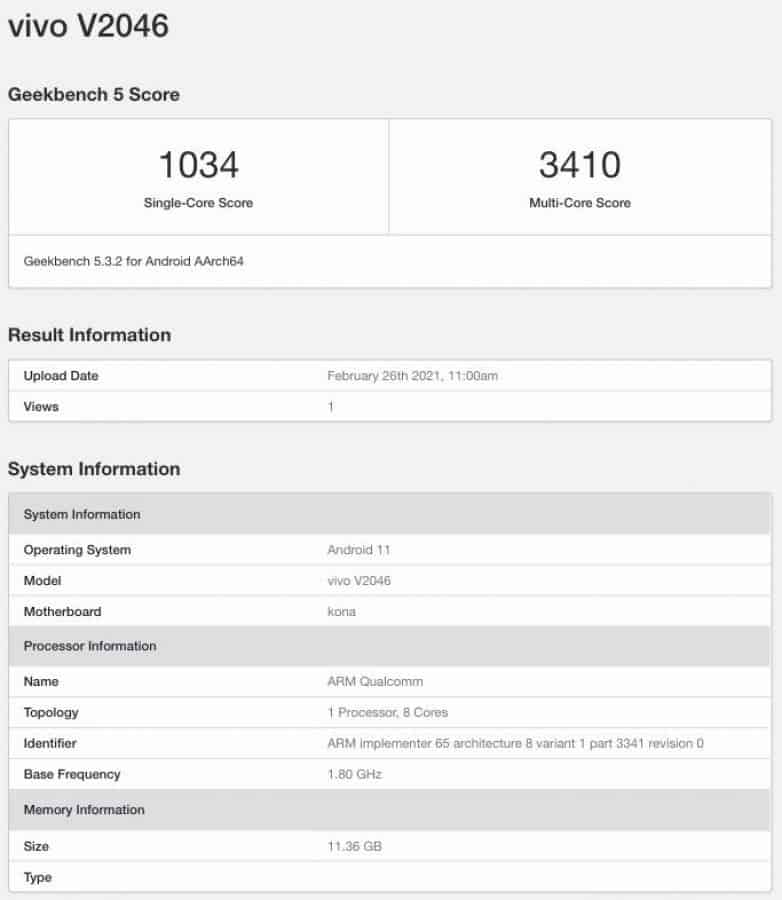 The Vivo X60 Pro passed by Geekbench benchmark scoring 1,034 points in the single-core tests. Moreover, it amassed 3,410 points in the multi-core department. Once again, the listing confirms 12GB of RAM, Android 11, and specifies the motherboard as “kona”. This is the codename for Snapdragon 865/865+ and also for the Snapdragon 870 chipset.

The Vivo X60 Pro recently acquired required certification such as the EEC, Indonesia Telecom, and Indonesia’s TKDN. The handset also passed by the Bureau of Indian Standards which basically confirms its arrival in India in a near future. Moreover, the vanilla model also received global certifications, so the Pro won’t come alone. 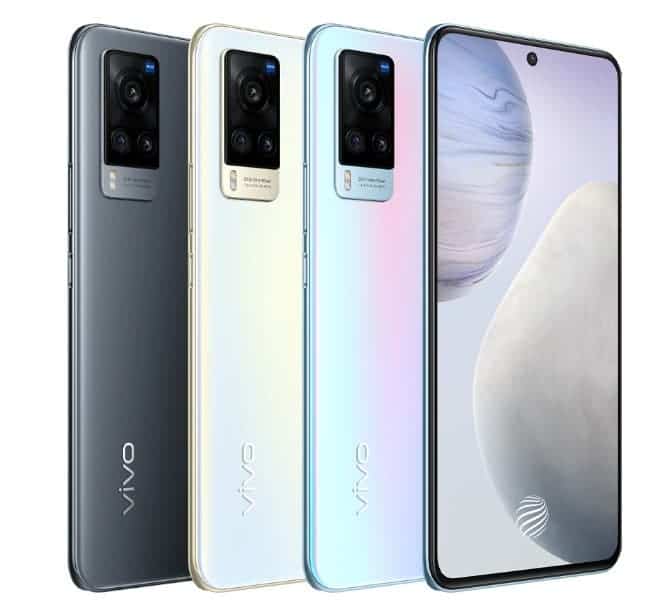 It features a 6.56-inch AMOLED with FHD+ resolution and it has a 120Hz refresh rate. The Chinese variant is powered by Exynos 1080 SoC. Vivo X60 packs a triple camera setup at the back with a 48MP primary camera with OIS support, a 13MP ultrawide camera, and a 13MP portrait camera with 2x optical zoom. On the front side, there is a 32MP f/2.45 selfie camera. The smartphone runs on Android 11 along with a new OriginOS user interface out of the box. The X60 has a 4300 mAh battery with 33W fast charging. 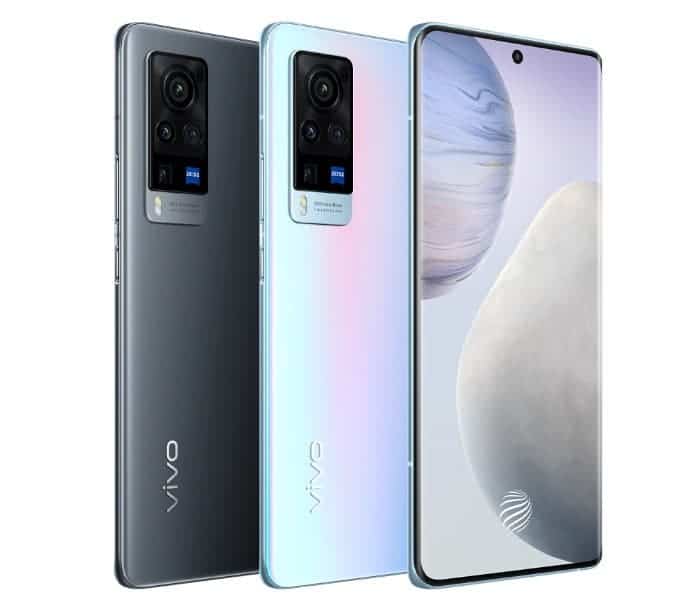 It has almost identical specs as Vivo X60 except for cameras and battery. Vivo X60 Pro packs a quad-camera setup with the same 48 MP primary camera with 4-axis gimbal-like video image stabilization, 13MP ultrawide camera with a 120-degree angle, 13MP telephoto camera, and 8MP periscope camera that has 5x optical zoom and 60x superzoom. The front camera of the Vivo X60 Pro is the same 32 MP camera.  Vivo X60 Pro has a 4200 mAh battery with 33W fast charging.

Apart from the different chipset, we expect most of the specifications to remain unchanged.

Next Redmi K40 Pro+ FAQ - Get Answers To All Your Questions