Huawei is a complicated situation when it comes to launching new smartphones. The brand does not have enough resources in-house to build its smartphones independently. And it can only deal with third-party companies if that does not violate the US ban. In November last year, the company sold Honor to a Chinese conglomerate, in a bid to concentrate its efforts in the Huawei-branded devices. We don’t think that the company will be launching many mid-range phones anytime soon. It should keep focusing on the flagship segment until the end of its Kirin chips stock. While the future of smartphones is uncertain, the company is providing solid support for the other phones already in the market. Today, it’s time for the Honor Nova 5T to get a new fresh update with EMUI 11.

Earlier this week, Huawei rolled out EMUI 11 update to Huawei P30 and Huawei Mate 20 smartphones globally. Now, the company is sending EMUI 11 stable updates to Huawei Nova 5T users globally. The update requires about 2GB of Internet Data. So, it is advised to download over a Wi-Fi connection. 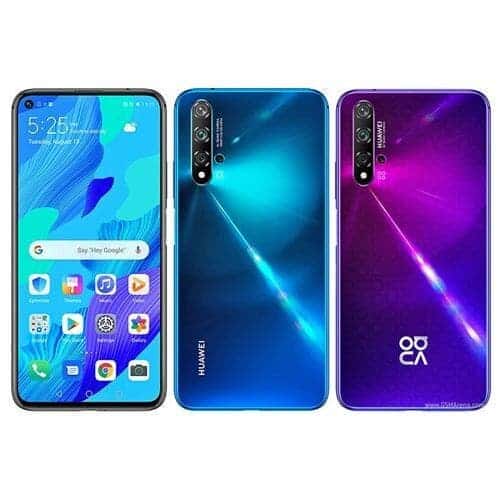 The EMUI 11 update for Nova 5T users comes with firmware version 11.0.0.138. The new firmware brings tons of new features which include better multi-screen collaboration. It also has Improved AOD, Super Notepad, and AI subtitles. In case you’re wondering, the update still is based on Android 10. After all, Huawei decided to keep up its path with Android 10 since it does not see a big reason for upgrading to Android 11 without Google Apps and Services. The company will backport some relevant features and keep its way with Android 10-based EMUI 11. Of course, the software should keep receiving incremental updates until HarmonyOS becomes a thing.

If you own a Huawei Nova 5T you can check if you’re eligible for this update via Settings >> Software and Update >>> Software Update >>> Check for Update. You can also download the update through the Suppor application.

The Huawei Nova 5T was released in September 2019 with Android 9 Pie. It then received an Android 10 update via EMUI 10 and now is getting EMUI 11. The handset packs a 6.26-inch LCD with FHD+ resolution and a top-left punch-hole. Its power is given by the Kirin 980 SoC paired with up to 8GB of RAM and 128GB of Storage. The device draws power from a 3,750mAh battery with 22.5W fast-charging support.

Next OnePlus 9 series, OnePlus Watch might go official next month!