Earlier this week, Ni Fei, President of Nubia, posted on his official Weibo account about the RAM-boosting technology in the upcoming Red Magic 6 gaming smartphone.

According to a representative of the Chinese smartphone manufacturer, Red Magic 6 will be equipped with support for Magic Write 2.0 technology. It is a fast read and write storage technology that is part of the Red Magic Arc Reactor’s performance engine and includes intelligent CPU, GPU and memory utilization. The manufacturer claims that the device’s hardware optimizations ensure faster mobile games launch, faster in-game load times and faster response times.

In addition, the Nubia president also added that the RAM boost technology allows the Red Magic 6’s 12GB of RAM to be used as if there were actually 18GB of RAM available to users. The smartphone supports fast virtual expansion technology, which allows you to expand the memory. This will provide smoother gameplay, faster response times, and other benefits.

The presentation of the Red Magic 6 smartphone is expected in the near future. 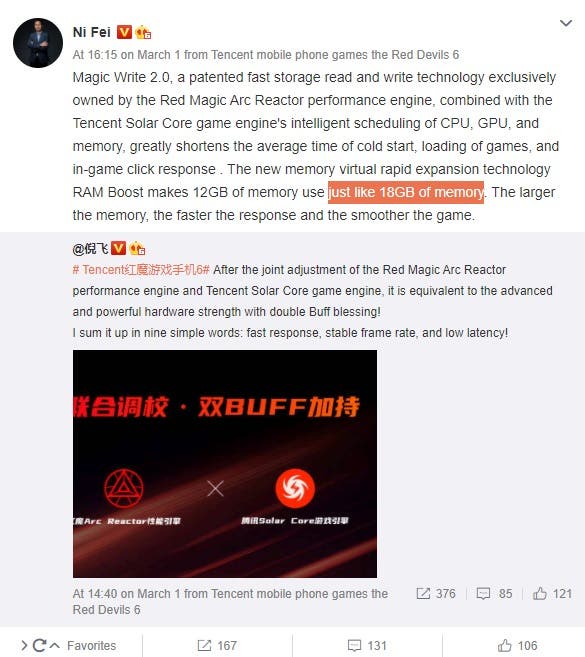 Next Samsung Galaxy S21 FE: high-quality renders has been published