This morning, Liu Zuohu, CEO of OnePlus Technology and founder of OnePlus Mobile, announced that the OnePlus 9 series will enjoy a two-year official warranty service. Liu Zuohu said: “Today 315, I decided to announce a decision that may offend the industry. OnePlus 9 series models will enjoy 2 years of official warranty service! Double the time than the official industry warranty.” 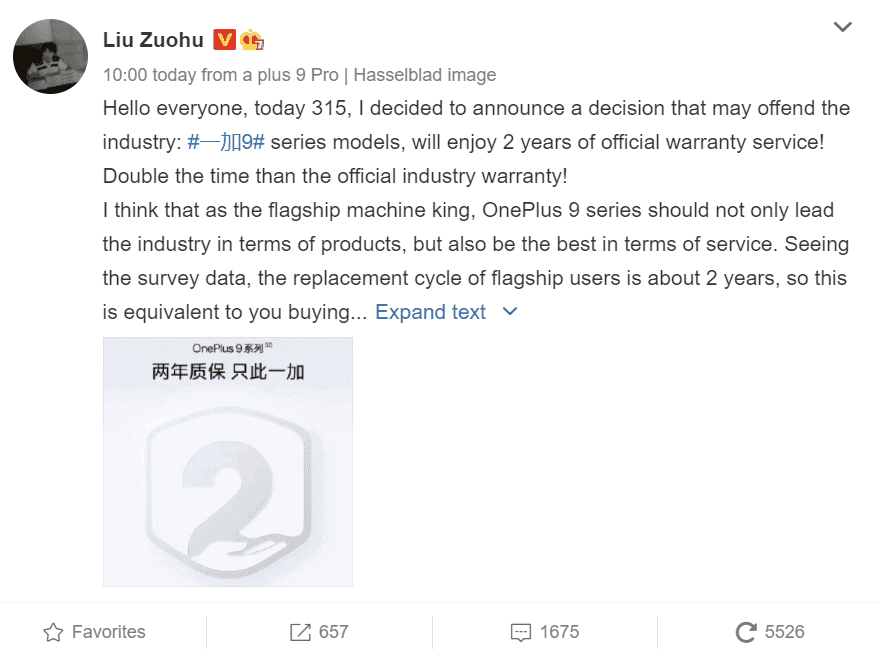 Liu Zuohu pointed out that the survey data shows that the replacement cycle of flagship users is about 2 years. Thus, “…is equivalent to buying our new product, and almost the entire life cycle of use can enjoy the official warranty”. 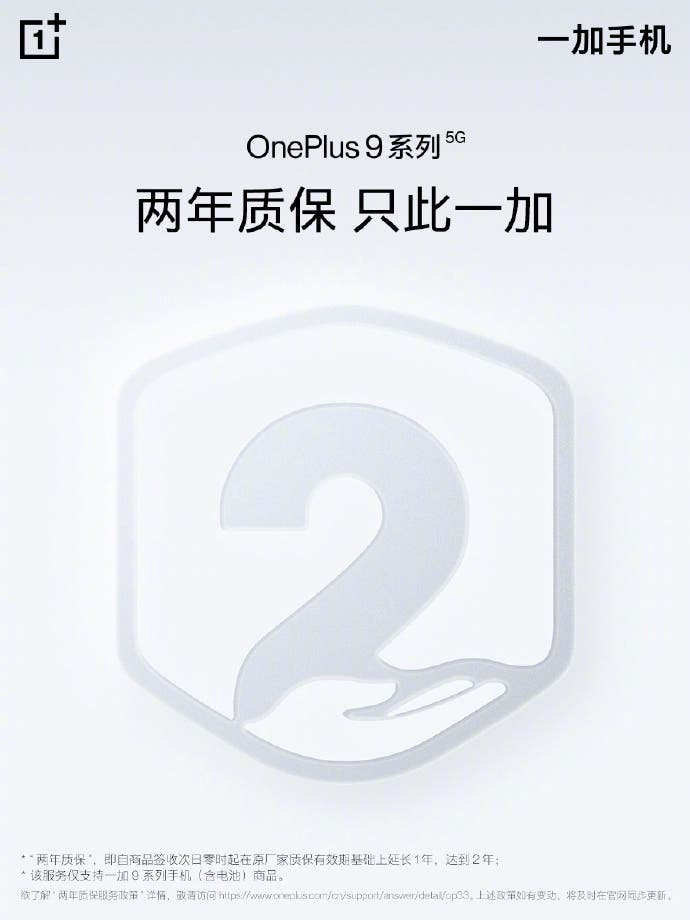