Samsung has been doing a stellar job with its Android 11-based One UI 3.0 update rollout. So far, the company already has a multitude of devices that came with Android 10 running this update. Aside from last year’s flagships such as the Galaxy S20 and Note 20 which originally came with Android 10, the company is also bringing the update for older mid-range smartphones. For example, the Galaxy A50, A50S, and Galaxy A70 which arrived with Android 9 Pie and were later updated to Android 10 have received Android 11 updates recently. Even some Galaxy M smartphones are getting the same treatment. We expect more devices to receive Android 11 soon and the company will end the year as one of the best Android OEMs pushing firmware updates. This is something that would never think five years ago. Now, however, a talented developer decided to bring Android 11 with One UI 3.1 to the old Galaxy A7, A8, and A8+ smartphones.

It’s an undeniable fact that none of the Exynos 7885-powered smartphones will ever get a stable Android 11 update. These devices are from 2018 when Samsung’s One UI was still a secret. However, if you want to experiment with the company’s latest software skin on any of these three smartphones it’s possible. Of course, if you’re up for unofficial methods. 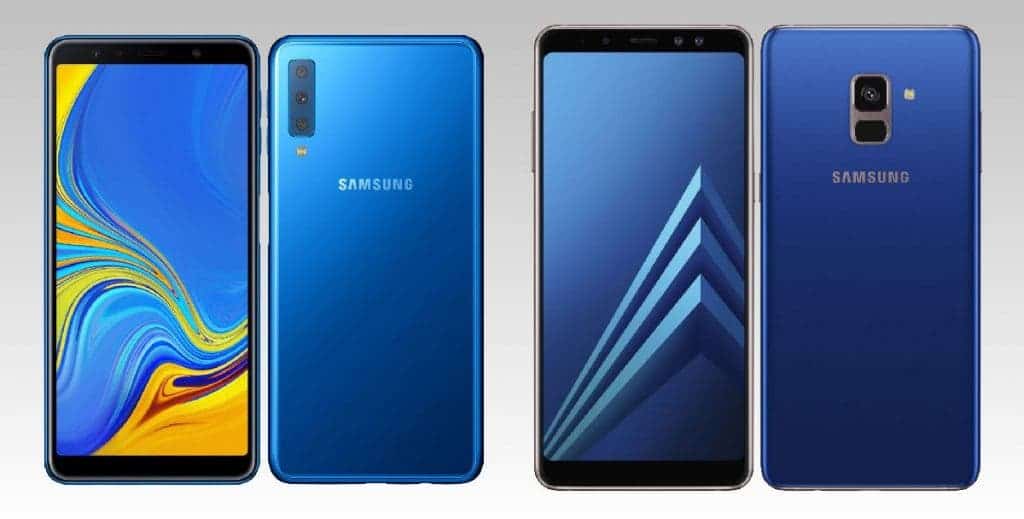 The XDA-Developers Senior Member VDavid003 managed to build an Android 11-based One UI 3.1 update for the Galaxy A7, A8, and A8+. The ROM, dubbed “TreeUI” has been ported from a Galaxy M31 with Android 11 firmware. Apart from bringing the Android version, the update also installs an Android 11-compatible vendor image. Therefore, users will be able to boot Android 11 GSI on these handsets.

Take mind that the One UI 3.1 mod is unstable at the moment. There are a few things that do not work as intended. For instance, we have the stock Samsung Camera app, which does not work at all. However, users can download third-party camera apps and they will work normally. Moreover, face unlock and torch intensity control are reported to be broken. The Galaxy A7 users will also lose NFC functionality, so contactless payments are not off the table. You can use this ROM as a daily driver as long as you don’t need Samsung Camera APP or NFC.

Of course, to install this update you must first unlock the bootloader and install a compatible custom recovery. After completing the process, you can install the custom ROM on your smartphone. For more details check the source link. One of the best things about Android is the community that often proves that a handset does not need to die when a company decides to drop support. Of course, the situation is much more challenging when it involves the hard-to-mod Exynos chips.

Previous Oppo Find X2 Lite is getting Android 11-based ColorOS 11.1

Next Top 5 cryptocurrencies to consider in 2021