YouTube is the world’s largest video streaming service where everyone can find content to their liking. However, it will soon become much more difficult to do this – all the blame is on a new controversial function that allows authors to hide the counter of dislikes under their videos (obviously not the most successful ones).

There was a similar opportunity before, but at the same time, the likes counter was hidden, completely depersonalizing the rating of the video for viewers. But now that the function will be expanded to the entire YouTube, it will become much more difficult to determine the quality of the launched video before watching it. Previously, it was enough to look at the ratio of likes/dislikes, which will undoubtedly be one-sidedly hidden by authors of bad content. 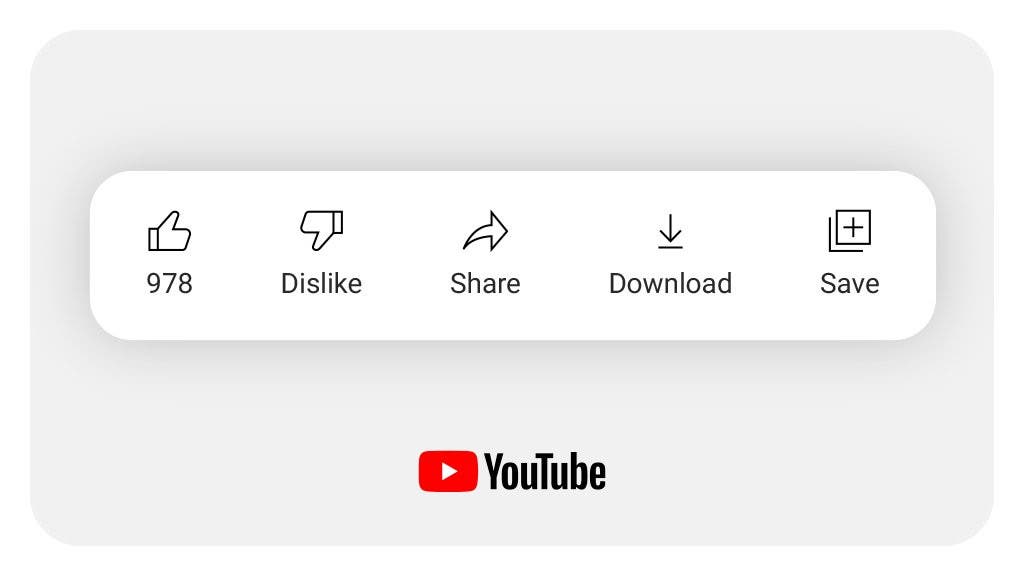 In response to creator feedback around well-being and targeted dislike campaigns, we’re testing a few new designs that don’t show the public dislike count. If you’re part of this small experiment, you might spot one of these designs in the coming weeks.
Creators, you’ll still be able to see the exact number of likes and dislikes in YouTube Studio. For viewers, if you’re in the experiment, you can still like or dislike a video to share feedback with creators and help tune the recommendations you see on YouTube.

Creators, you'll still be able to see the exact number of likes and dislikes in YouTube Studio. For viewers, if you're in the experiment, you can still like or dislike a video to share feedback with creators and help tune the recommendations you see on YouTube.

Many have probably noticed how aggressive and intrusive advertising on YouTube has become in the last year or two. And, judging by the recently updated policy for using the service, it will soon become even more spread. According to the new policy, now no video on YouTube will be free of ads; even if the author of the video refused to participate in the affiliate program of the service; and, accordingly, profits from views. Of course, this caused confusion not only on the part of the viewers; but also of the Youtubers themselves, because earlier advertising could only appear in those videos; the authors of which monetize their channels.

Google explains this by the need for “constant investment for the development of YouTube”; which means that all the money earned on this kind of advertising will go exclusively to Google. The changes have already entered into force in the United States; and from mid-2021 they will begin to operate around the world.

Next Realme 8 Pro has successfully passed the durability test