US iPhone users spent an average of $138 on apps in 2020, up 38% over the previous year, according to a report by analyst firm Sensor Tower. Last year, spending per user on Apple’s App Store saw the biggest annual growth since 2016, when it hit 42% year on year. According to the company, in total for the year, smartphone users spent $111 billion on applications for iOS and Android platforms.

The Sensor Tower study analyzed how much US iPhone users spent on apps, including individual app purchases and in-app purchases. However, data from e-commerce apps and services such as Amazon and Uber were not counted. 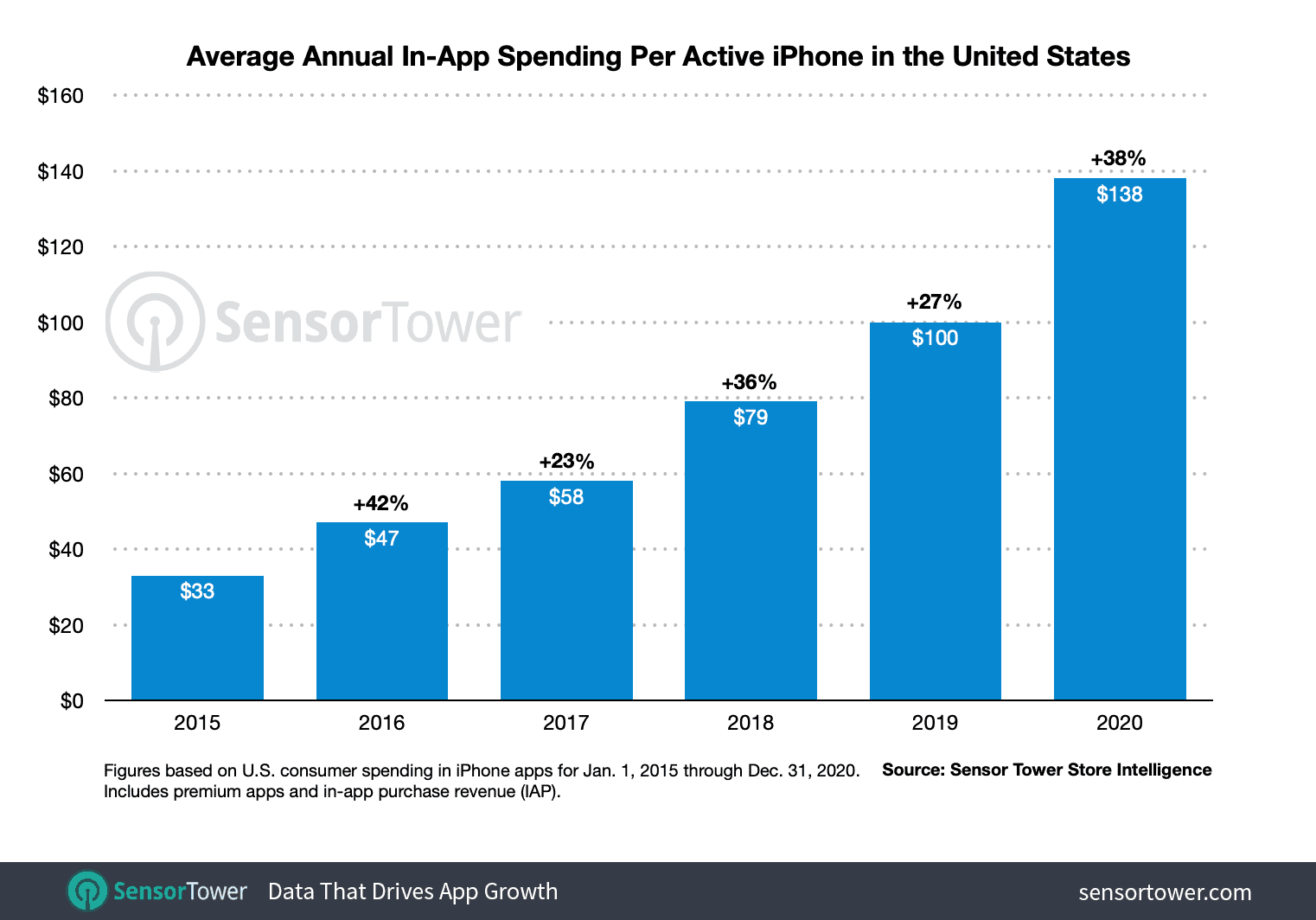 In 2020, the coronavirus pandemic has brought many users to telecommuting and distance learning, spending more time at home and spending more on entertainment, including games and streaming services. Sensor Tower predicts this trend will continue this year due to the ongoing pandemic and health crisis, with consumer app spending expected to average $180.

In terms of the individual categories that saw the greatest gains, games took the first place. Mobile game spending per device grew 43% over the year. Consumers spent an average of $76.80 on games, up from $53.80 in 2019.

The Sensor Tower report was released on Thursday following a similar survey by App Annie. According to App Annie, app spending grew by 40%. It also shows a larger total spending, although it includes data from some third-party Android app stores in China. 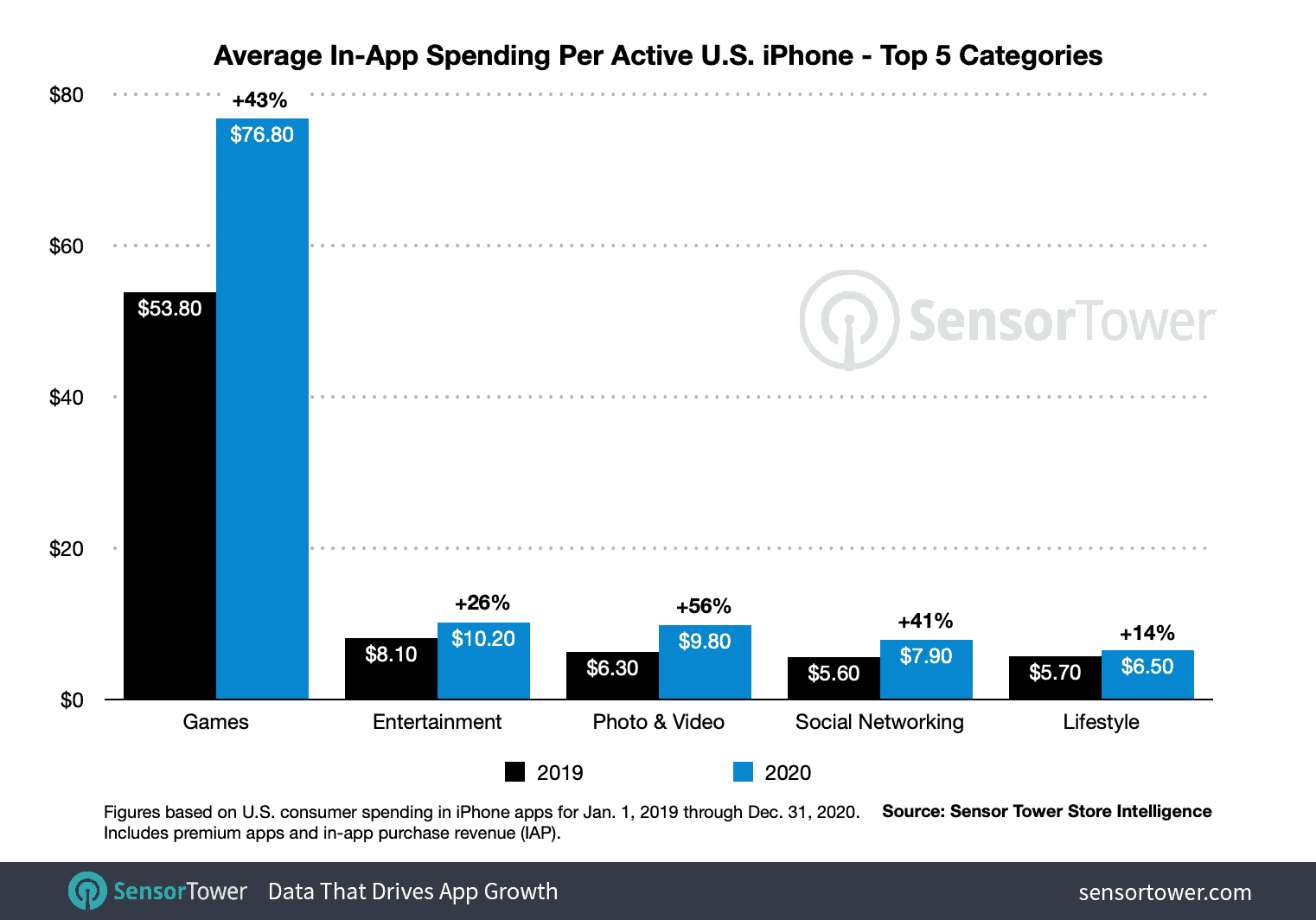 It is worth to mention that Apple has recently released updates with version number 14.4.2 for iOS and iPad OS. They are security patches that address a vulnerability found in a previous version of the software. As a reminder, the previous iOS and iPad OS 14.4.1 were available three weeks ago.

An update to iOS and iPad OS 14.4.2 is available for all iOS 14 compatible devices. It can be downloaded via the “Software Update” menu in the iPhone, iPad or iPod Touch settings. According to the release notes, the software contains important security fixes and should be installed by all users. It contains a fix to a vulnerability that is still active. It allows malicious websites to reach users data.

Also, An update to fix this issue is available for legacy devices as well. So, users of older devices that cannot upgrade to iOS 14, including the iPhone 5S, iPhone 6, the first generation iPad Air, and iPad mini 2, have received iOS 12.5.2.

Previous Xiaomi will not give up developing its own processors