If you’re looking for an affordable entry-level phone that won’t make you regret its purchase, you’re in the right price. Here you’ll in fact find the best Chinese smartphones for under $100; keep reading!

At almost a year from its official launch, the Redmi 9 can finally found for less than $100, making it one of the best (if not THE best) smartphone to get in this price range. The Redmi phone is indeed fueled by a powerful MediaTek Helio G80 chipset, along with a minimum of 3GB of RAM and 32GB of internal storage (expandable via microSD).

The Redmi 9 also flaunts a large 6.53-inch IPS LCD screen with Full HD+ resolution which encases an 8MP selfie snapper in the notch at the top. Meanwhile on the back we find four cameras including a primary 13MP, an ultra wide 8MP lens, an 8MP portrait camera and a 5MP macro camera.

The smartphone comes with an extra large 5020mAh with support for 18W fast charging, it has a 3.5mm audio jack, rear fingerprint scanner and it runs MIUI 11 based on Android 10 out of the box.

Next, we have the Realme C11 which comes with a less powerful MediaTek Helio G35, along with 2GB of RAM and 32GB of storage (expandable via microSD slot).

This hardware powers 6.5-inch display with a resolution of 720 x 1600 pixels. Meanwhile for photos with have two rear cameras of 13MP for the primary and 2MP for the depth sensor. Selfies are taken care of by a 5MP selfie snapper.

Similarly to the Redmi 9, the Realme C11 comes with a large 5000mAh capacity battery, 3.5mm audio jack, while it runs Realme UI based on Android 10 out of the box. 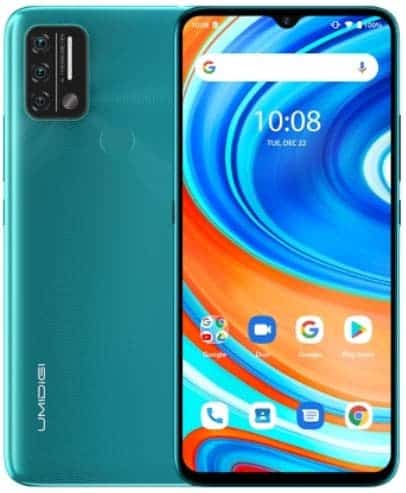 On the third spot we have the UMIDIGI A9 and sadly we need to give up some performance once again. The smartphone is indeed powered by MediaTek Helio G25 chipset, but at least we get 3GB of RAM and 64GB of internal storage (expandable).

The A9 by UMIDIGI A9 also features a large 6.53-inch IPS LCD screen with HD+ resolution and a notch at the top for the 24MP selfie snapper. Meanwhile on the back we have total of three cameras including a 13MP main sensor, an 8MP ultra wide angle lens and a 2MP sensor for depth data.

Keeping up with the smartphones above, the UMIDIGI A9 also manages to pack a massive 5150mAh capacity battery, it has a 3.5mm audio jack and run Android 11 out of the box. 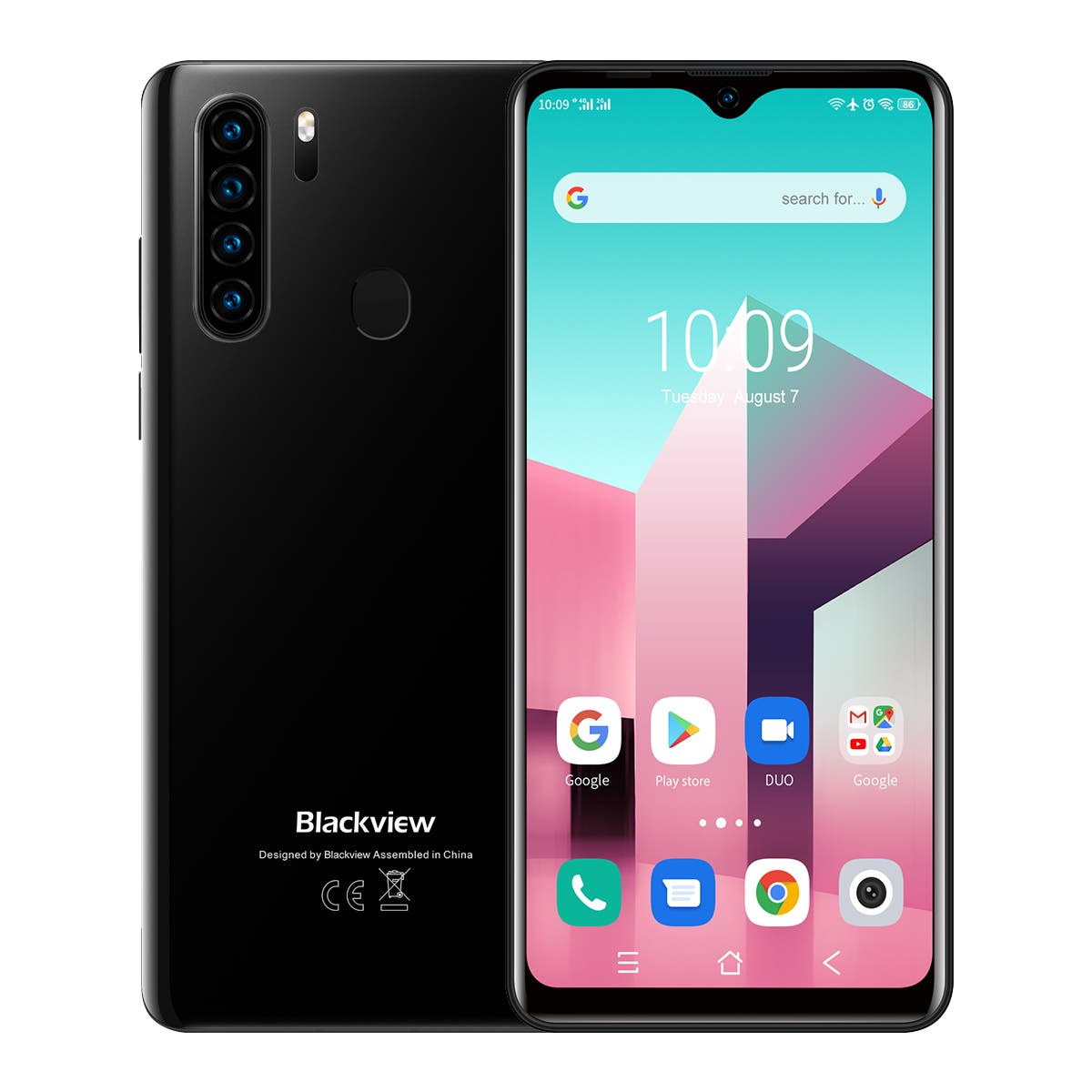 Next, we have the Blackview A80 Plus, which brings a good compromise between power and multi tasking capability with its MediaTek Helio A25 SoC aided by 4GB of RAM and 64GB of internal storage.

The Blackview phone the packs a 6.49-inch IPS screen with HD+ resolution which includes a 5MP selfie snapper at the top. While moving to the back we have four cameras including a 13MP Sony IMX258 primary sensor, followed by 2MP, 0.3MP and 0.3MP auxiliary sensors.

Finally, the Blackview A80 Plus integrates a slightly smaller 4680mAh battery, is has a 3.5mm audio jack and even features NFC. Last but not least, if you work in a tough environment, the OUKITEL WP12 might be the smartphone to go for. The WP12 is indeed a rugged phone, which means it’s extra tough and waterproof.

The smartphone features a 5.5-inch panel with HD+ resolution and is powered by a MediaTek Helio A22 chipset coupled with 4GB of RAM and 32GB of internal storage (expandable via microSD).

Photography wise, the OUKITEL WP12 brings a main 13MP camera and a 2MP depth sensor on the back, along with a large triple LED flash. Meanwhile at the front we find a single 8MP snapper.

Finally, the rugged phone packs a 4000mAh battery, it doesn’t have a 3.5mm but makes up for it with an NFC module.