Apple will host its spring event today, April 20 starting at 10AM PT/1PM ET. The event is expected to feature updated iPad Pro models, a new Apple Pencil, and the highly anticipated AirTag trackers for finding things.

The new iPad Pros are expected to finally receive an overhauled platform. Recall that the last major update to the family of Apple professional tablets took place in 2018. The latest iPad Pro of 2020 was not a revelation. The A12X chipset was replaced by the A12Z, which was practically identical to its predecessor, and it also had an improved camera, which acquired a second lens and a LiDAR sensor. 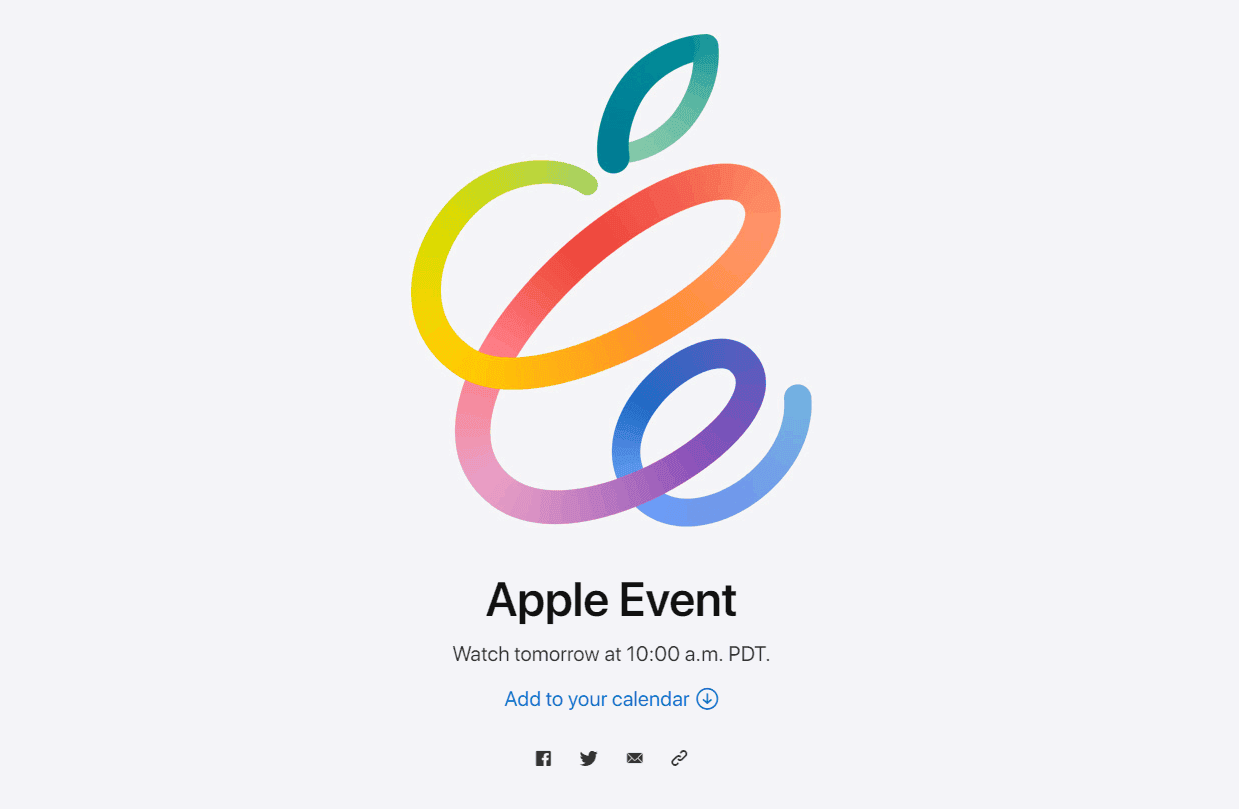 The new iPad Pros will boast an all-new 5nm A14X processor that comes close to the performance of the Apple M1 found in some Apple computers. We do not expect major design changes, however, according to many reliable sources, the 12.9-inch version of the iPad Pro will boast a Mini-LED matrix. It is reported that with the new tablets will be presented and updated active stylus Apple Pencil.

In addition to the iPad Pro, we will most likely see AirTag item trackers at the event. They will be able to boast of support for ultra-wideband communications, so that Apple devices with U1 chips (and this is iPhones from the 11 series, and the smart speaker HomePod mini) will be able to determine the location of the tracker with an accuracy of a few centimeters. It’s worth noting that Samsung has already introduced a similar product called the Galaxy SmartTag Plus.

Some sources have speculated that an updated iMac with branded ARM-based processors or a MacBook with MagSafe charging, as well as new models of AirPods, could be launched at today’s event. Nonetheless, reputable analyst Mark Gurman of Bloomberg said last week that nothing really innovative from Apple should be expected today.

How to watch the event?

Apple also plans to broadcast the event live on YouTube; which is perhaps the easiest and most efficient way to watch it; as the live stream on YouTube can be viewed on all platforms where YouTube is available.