Samsung has patented an unusual design of a foldable gadget designed to solve two important problems at once. In addition to the huge display area by the standards of smartphones; the concept assumes an original way of placing an electronic pen, which does not require a special compartment in the case.

According to the documentation; the main feature of the smartphone will be the ability to bend the screen along two lines at once. In this case, the manufacturer is considering different versions of the device, folding both inward and outward. In both cases, the stylus is placed between the bent parts of the gadget; attaching itself to the body and replenishing the charge of its own battery. 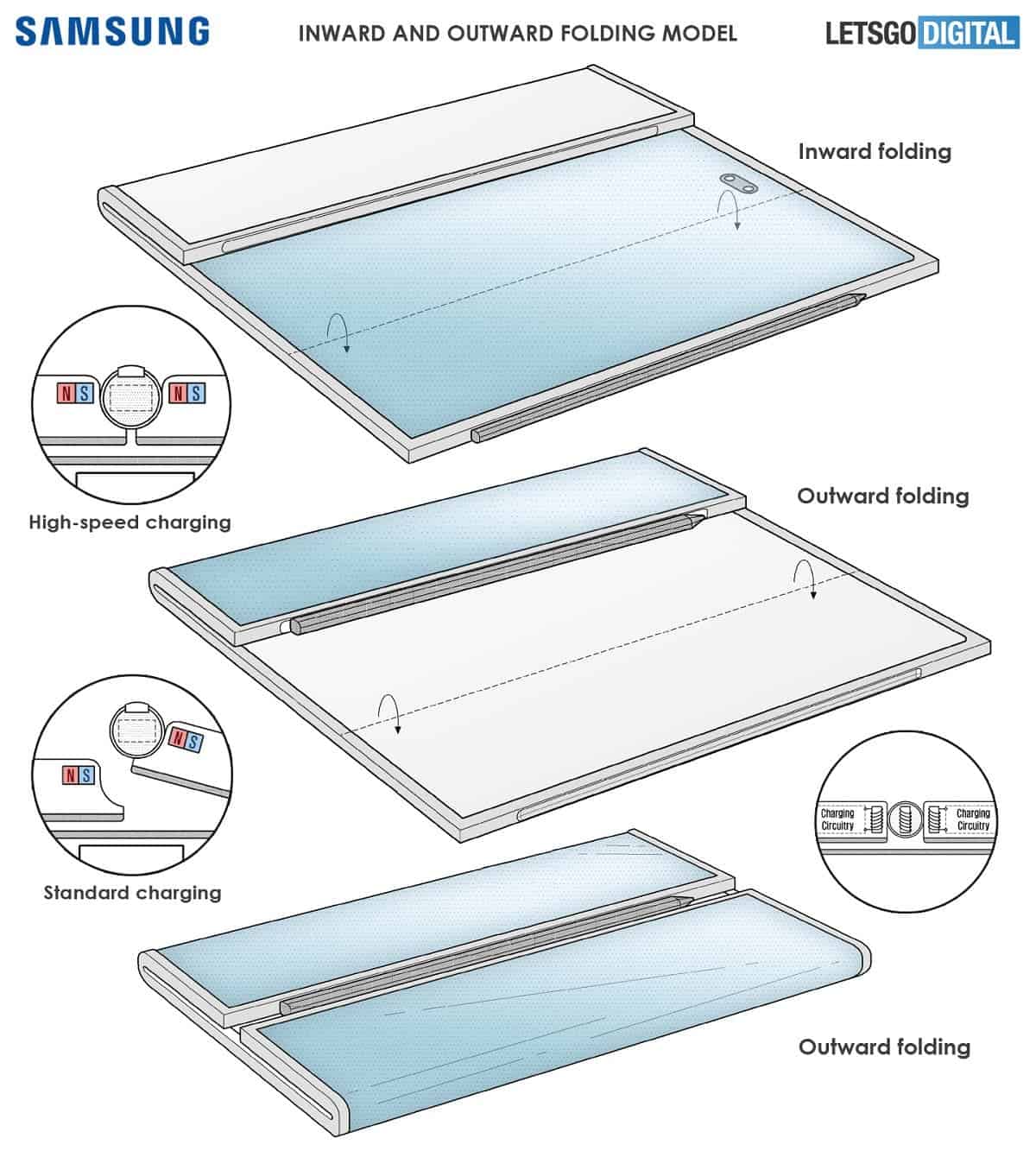 Also, in the patent images, the device is presented with a double frontal sensor embedded in the display and a piezoelectric speaker. The main camera of the device, located on the backside, includes two sensors and an LED flash. The source does not report the technical characteristics, the possible date of the announcement and the expected cost of the device. 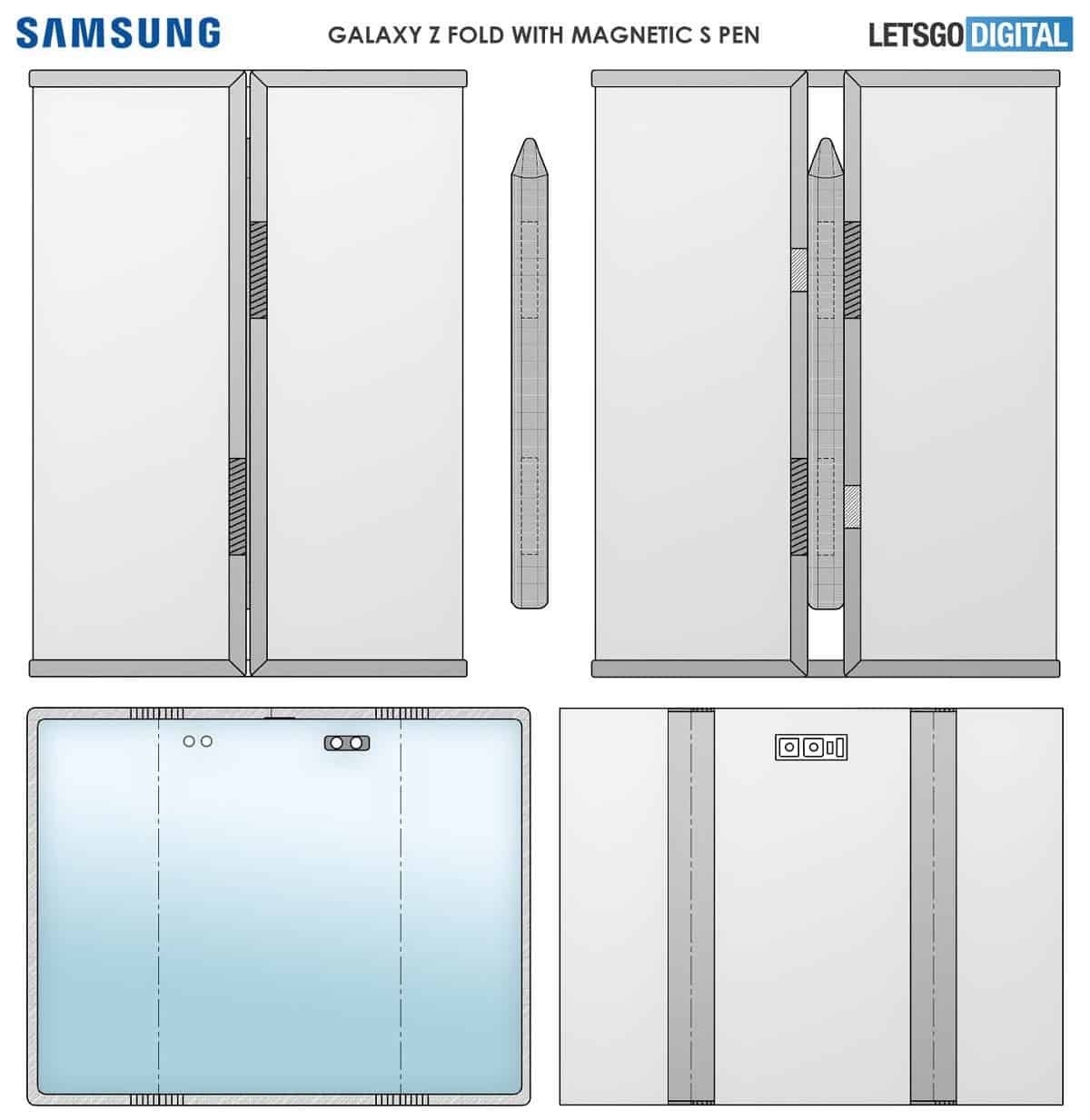 Manufacturers have taught us that flagships offer IP68 protection; which allows you to safely take them with you to the bathroom or to the beach. Foldable devices, including the Galaxy Fold and Galaxy Flip, don’t work that way, they don’t have water resistance. Naturally, owners of such expensive devices would like to receive a certain level of guarantee that the devices will not suffer from moisture or sand.

Sammobile recently reported that future representatives of the Galaxy Z Fold 3 and Galaxy Z Flip 2 foldable smartphone families should be protected from water and dust, i.e. they will offer an IP protection class. At the moment, there is no understanding about what standard of protection we are talking about. Whether this will be a baseline with a minimum splash protection of IP54 or a maximum IP68 that allows it to be immersed in water for a short time, there is no information. Either way, if Samsung succeeds, then its new products will be the first IP-protected foldable devices on the market.

Next Asus ZenFone 8 is spotted on Geekbench with Snapdragon 888