South Korean giant Samsung, according to LetsGoDigital, has sent an application for registration of the Galaxy Z Fold trademark to the European Union Intellectual Property Office (EUIPO).

Registered in Europe, the Galaxy Z Fold brand, as stated in its description, can be used in relation to smartphones and tablets. And it is for tablets that, according to observers, Samsung reserves the given name. 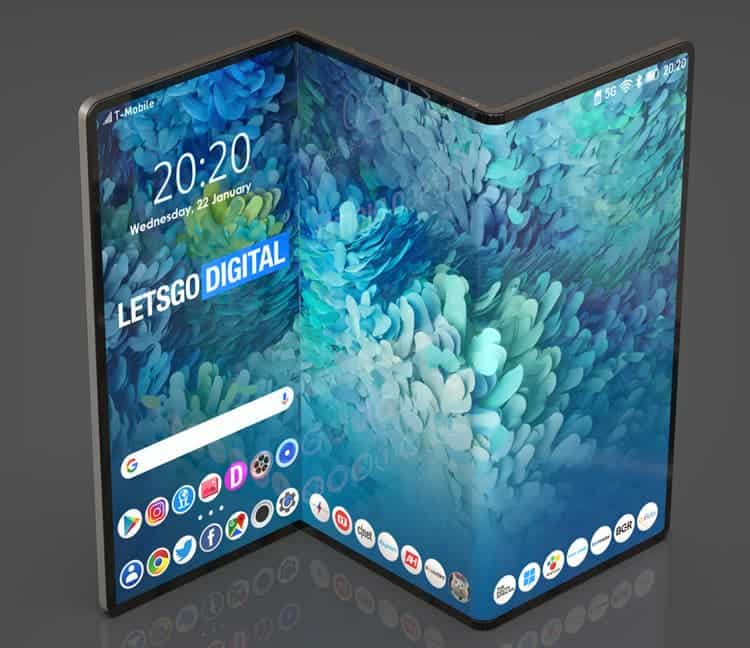 Note that the first device in the new family can be a gadget with a rather large flexible display that folds in two places at once. We talked about the preparation of devices with a similar design just the other day.

LetsGoDigital notes that, most likely, the Galaxy Z Fold brand will be in use with the Tab prefix to denote a new class of flexible tablets related to the premium level. In this case, the Galaxy Z Fold Tab model may become the first representative of the series. 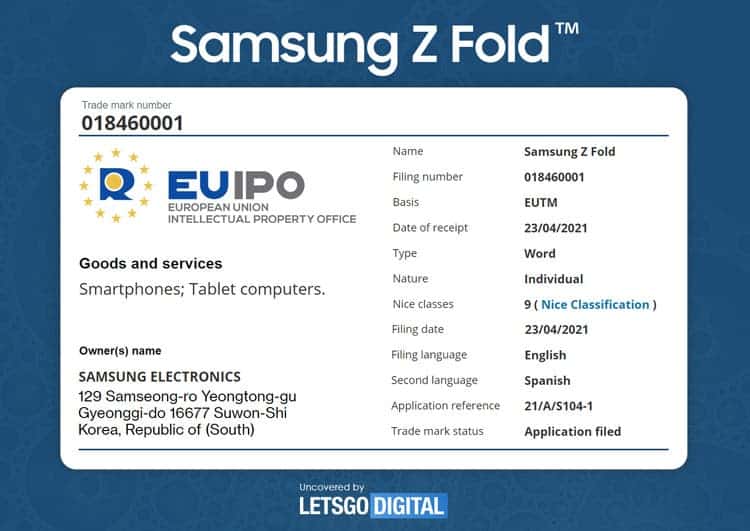 Samsung has invented a foldable smartphone with an edge display

The South Korean company Samsung continues to patent various design options for smartphones with flexible displays. A description of the next such device appeared in the database of the United States Patent and Trademark Office (USPTO).

The published document has the laconic name “Foldable display”. We are talking about a device with a flexible screen in the front part. The device can fold in the middle, with the display inside, which protects it from damage during everyday use. 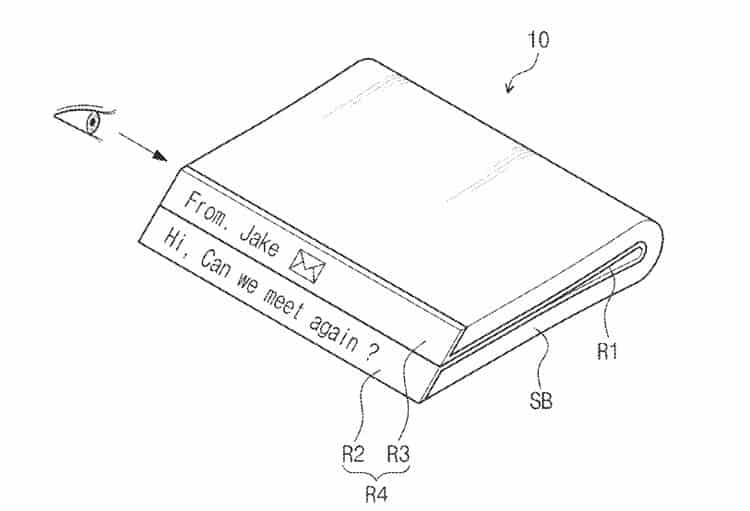 The main feature of the smartphone is that the screen flows down to the “end” of the body. When the machine is folded, these sections are next to each other, forming a field for displaying information.

Alas, while the original device exists only on paper. Whether Samsung plans to implement the patented solution is not clear.