The Snapdragon 888 is the annual flagship chip of Qualcomm that has no equals on the market. So it’s logical to see this SoC on myriads of models. But it is also a costly chip and not all smartphone can sport it. For them, Qualcomm designed and launched another Snapdragon 8 series chipset, the Snapdragon 870. It’s a pseudo flagship chip that inherits many components of the former but costs way less. However, we also know that Qualcomm has a practice of launching the Plus / Pro variant of its flagship chip. Usually, it comes with the same configuration but a faster clock speed. As for the current model, yesterday, a well-known Weibo blogger revealed that the Snapdragon 888 Pro is being tested. 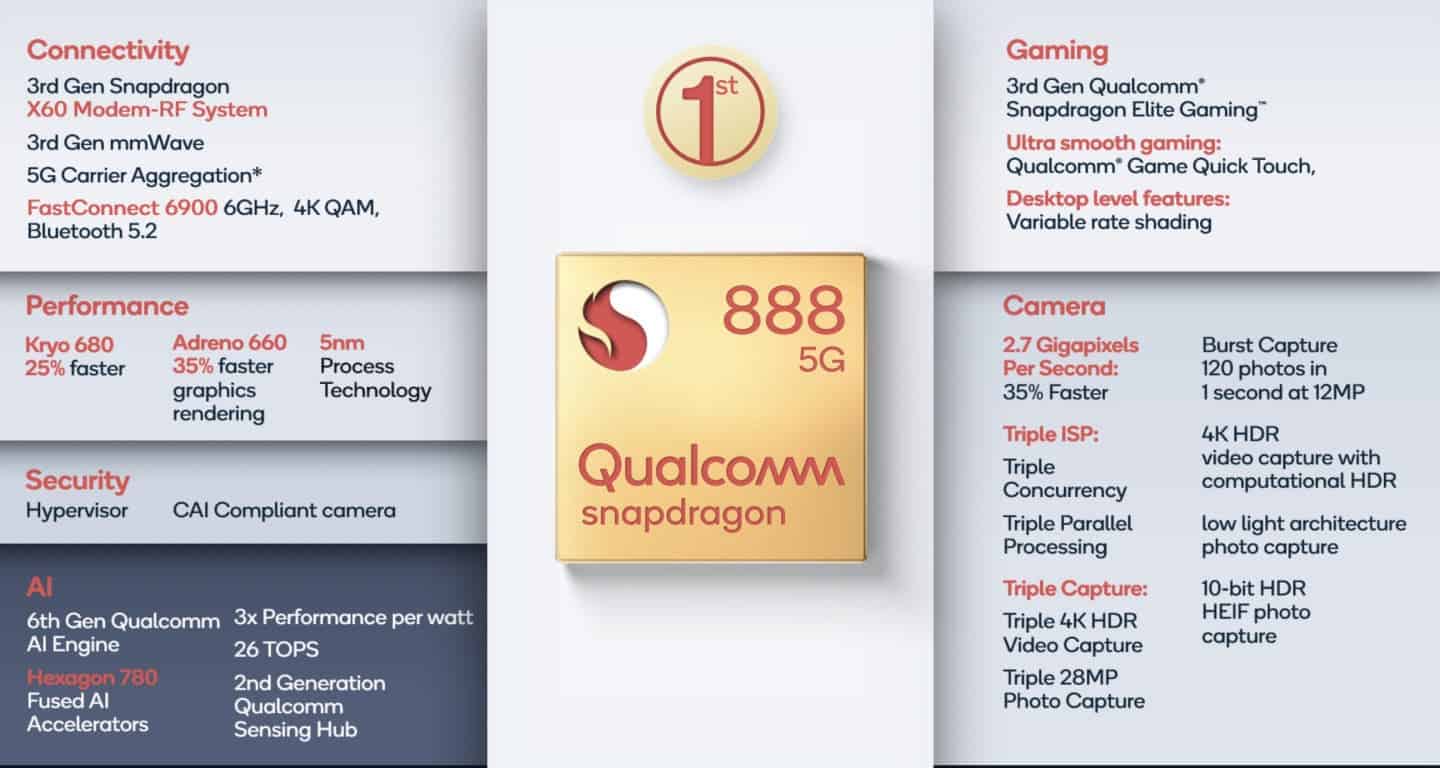 The enhanced Snapdragon 888 Pro will appear on the top-notch models and we should see them in the third quarter of 2021. There are rumors that only the China-based smartphone manufacturers will be using it. Thus, it’s exclusive for China.

However, the Snapdragon 888 Pro won’t differ much from the existing standard model. So it’s quite useful to recall the key parameters of the SND888. This chip is manufactured using Samsung’s 5nm process technology and adopts a 1+3+4 core configuration. The ultra-large Cortex-X1 core has a frequency of 2.84GHz. And we guess, the latter will exceed 3GHz in the upcoming version. In addition, it also has 3 × 2.4GHz A78 cores and 4 × 1.8GHz A55 cores. This chip integrates the Adreno 660 GPU and the X60 5G baseband, with a maximum bandwidth of 7.5Gbps.

And though we are sure the large core’s frequency will be higher, the whistleblower said that since the current Snapdragon 888 is prone to overheating, he is not sure in which aspects the Snapdragon 888 Pro will be upgraded. He even does not rule out the possibility of Qualcomm choosing TSMC for foundry, because its 5nm process is more advanced and will reduce heat generation.

Apart from this, the blogger said that new products of the Snapdragon 700 series may not be launched this year. So the current Snapdragon 780G will maintain its position in the series for some time.