After years of acting as a premium smartphone maker, OnePlus decided to establish its presence in the mid-range segment. The company unveiled the first OnePlus Nord in July as an upper-mid-range smartphone and release it in key markets including India. However, in October 2020, the brand added two more smartphones to the Nord family dubbed OnePlus Nord N100 and OnePlus Nord N10 5G. The devices are only sold in a couple of markets, but according to a new report, India will get them very soon.

According to an automated OnePlus update tracker Telegram channel (Via), the company has released India-specific OxygenOS builds for the OnePlus Nord N100 and OnePlus Nord N10 5G. There were only two regional software builds for these smartphones prior to this. Now, with the addition of India, the number of builds has been incremented to three for both of them. 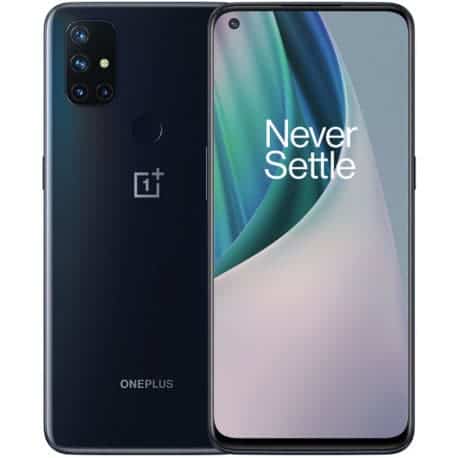 What is the point of launching the OnePlus Nord N10 5G and N100 in India?

You need to digest this with a pinch of salt since it’s not 100% guaranteed that OnePlus will bring these devices to India. Especially, when the OnePlus Nord N10 successor, probably OnePlus Nord N20, is reportedly in the pipeline. The two smartphones are already six months old, and we can say that they already deserve a sequel. Especially in a market with so many better offers like India.

The budget competition in the Indian market is intense, there are many smartphones with Snapdragon 750G which overcomes the Snapdragon 690 5G found on the OnePlus Nord. When it comes to the OnePlus Nord N100 pricing point, it would be a massacre. The device only has a Qualcomm Snapdragon 460 and is somewhat laggy. There are many better offers in the 4G segment from Xiaomi and OnePlu’s sister brand Realme.

We don’t know how to explain this whole situation of OnePlus launching OxygenOS builds for India. Maybe it was a mistake? Only time will tell. For now, OnePlus customers will be served with the OnePlus 9R. It comes with Snapdragon 870 and is exclusive for the Indian market as well as the OnePlus Nord. The company will also unveil the OnePlus Nord N20 in the country. The device was approved by the Bureau of Indian (BIS) recently. For now, there is no word on a OnePlus Nord N100. The device didn’t get much attention, so we think that OnePlus will replace it with a new series.