Xiaomi revealed its Redmi Note 10 series two months ago in India and global markets. The company announced a Redmi Note 10, Note 10S, Note 10 Pro, and Note 10 5G. So far, the Indian market only received the Note 10, 10 Pro, and Note 10 Pro Max. Now, the company is bringing the fourth member of the family – the Redmi Note 10S. Xiaomi’s brought the announcement through its Indian Redmi handle in Twitter. The new smartphone will reach the Indian market on May 13. The company will be holding a live stream on social media as well.

Savage never looked this Stunning! Ready up for the new player in town. #RedmiNote10S is all-set to arrive on 13.5.21 at 12 noon!

We’ve been expecting the Redmi Note 10S to reach India as a Redmi 10, but apparently, the company has different plans. The Redmi Note 10S is the least impressive of the series with a MediaTek Helio G95 SoC which is built on the 12 nm process technology. The Helio G95 brings two ARM Cortex-A75 cores clocked at 2.05GHz plus six power-efficient ARM Cortex-A55 cores clocked at up to 2.0GHz. The big difference between the G95 and the G90T is that the former has an upgraded Mali-G76 GPU with 900MHz which is much better than the Mali-G57 GPU found on the Helio G90. This chip is paired with either 6GB or 8GB of RAM depending on the variant. Storage starts at 64GB and goes up to 128GB.

The Redmi Note 10S flaunts a 6.43-inch AMOLED display with 2,400 x 1,080 resolution and Corning Gorilla Glass 3. Despite the Redmi Note series entrance in the AMOLED territory, the smartphone still has a side-mounted fingerprint scanner. Unfortunately, those waiting for an in-display solution will have to wait for the next generation. The panel has a center-aligned punch hole comprising a 13MP selfie snapper. Moving around to the back, the handset has a Quad-Camera setup comprising a 64MP primary camera with PDAF, an 8MP ultrawide snapper, a 2MP macro, and a 2MP depth helper. 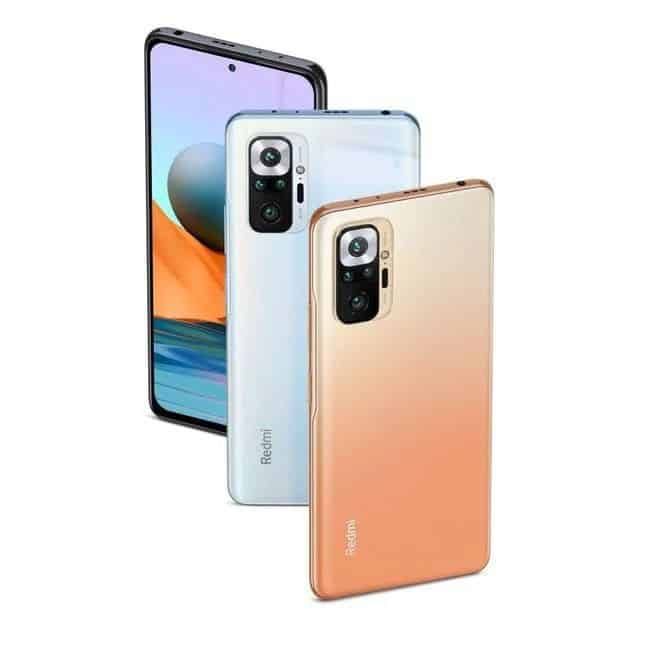 The device also has dual-band Wi-Fi, Bluetooth 5.0, 3.5mm headphone jack, stereo speakers, IR Blaster, and microSD card support. Further, it draws power from a huge 5,000mAh battery with 33W fast-charging support. Fortunately, there is a compatible charging brick bundled with the device. So far the smartphone has been sold in Ocean Blue, Onyx Gray, and Pebble White.

Details as pricing and availability across India should be revealed when it arrives next Thursday. The device may cost around $180, or INR 13,000 to INR 14,000. It will sit between the Redmi Note 10 and Note 10 Pro.

Next iPhone 13 series to bring 120Hz refresh rate, all thanks to Samsung