Presently, there are not many Android smartphones that come with the IP68 waterproof and dustproof. Most of the devices with this certification are flagship smartphones. According to a recent tweet from Asus, the upcoming Asus ZenFone 8 will support IP68 waterproof and dustproof. The Asus Zenfone 8 series will officially arrive on May 13. We expect this series to have three models and they will use the Qualcomm Snapdragon 888 processor. The three models in this series include the ZenFone 8 Mini, ZenFone 8 Pro, and ZenFone 8. There may be a fourth variant, ZenFone 8 Flip which recently appeared online. 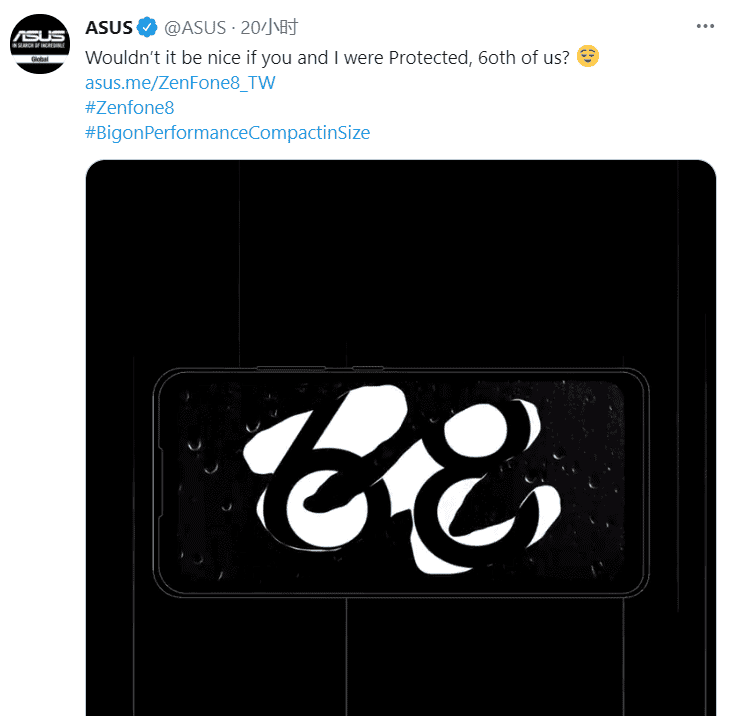 According to a recent report, the Asus ZenFone 8 series will return the 3.5mm headphone jack. Asus claims that due to lack of PCB space in the ZenFone 7 series, it had to expunge the audio jack. The SD865 on the ZenFone 7 series does not integrate the Snapdragon X55. This is the reason for the lack of space. This is no longer a problem since the Snapdragon 888 integrates the modem. The company may also keep the microSD card slot on its smartphones, which can make these devices the only ones in the category with this feature.

As of now, there are no concrete leaks on the specifications of these smartphones. However, the Asus ZenFone 8 Mini will come with a 5.92-inch OLED display. This display supports a 120Hz refresh rate as well as a Full HD+ (2400 × 1080) resolution. Furthermore, this smartphone will come with a 64MP Sony IMX686 and the new Sony IMX663 sensor. While we do not know the battery capacity of this smartphone, it will support 30W charging. The Asus ZenFone 8 Pro will use a 6.67-inch display and other information remains the same as the mini model.

The other devices will have larger screens but will pack the same chipset. Of course, none of the phones in the series will pack the flip-camera mechanism. However, a recent rumor claims that there is the ZenFone 8 Flip. If this is true, this device will probably use the flip camera.

The ZenFone 8 Flip variant surfaced in a list of unreleased smartphones that escaped Google’s servers. As the name suggests, this might be the only variant of keeping the flipping camera system. Hence, it will have a full-screen design, something that the others will not achieve with a punch-hole selfie.

What do you think about the Asus ZenFone 8 series? Will this series be better than its predecessor? Let us know your thoughts in the comments below