Around two years ago, MediaTek was struggling to keep its relevance in the market due to the poor performance of its flagship-oriented chips. The company’s mid-range portfolio wasn’t the most exciting as well. Everything started to change with the arrival of the Helio G90 series in September 2019. The company made its boldest step in the beginning of 2020 when it introduced the first Dimensity 5G chips. The company announced a plethora of 5G-capable chips for the most varied pricing segments and that allowed it to steal market share in a territory that Qualcomm struggled with.

The Taiwanese chipmaker entered the low-end and mid-range 5G segment much earlier than Qualcomm. The US-based company took until the second half of 2021 to start shipping its mid-range Snapdragon 690 5G. The budget-oriented Snapdragon 480 SoC only came this year. According to Counterpoint Research, MediaTek and Qualcomm will keep leading the market, but the Taiwanese maker will have a certain advantage due to its huge portfolio of 5G chips. Qualcomm, however, will keep leading in the 5G segment. The reports state that MediaTek will have acquired 37% of the global chip market. However, Qualcomm will remain a leader in the 5G segment. 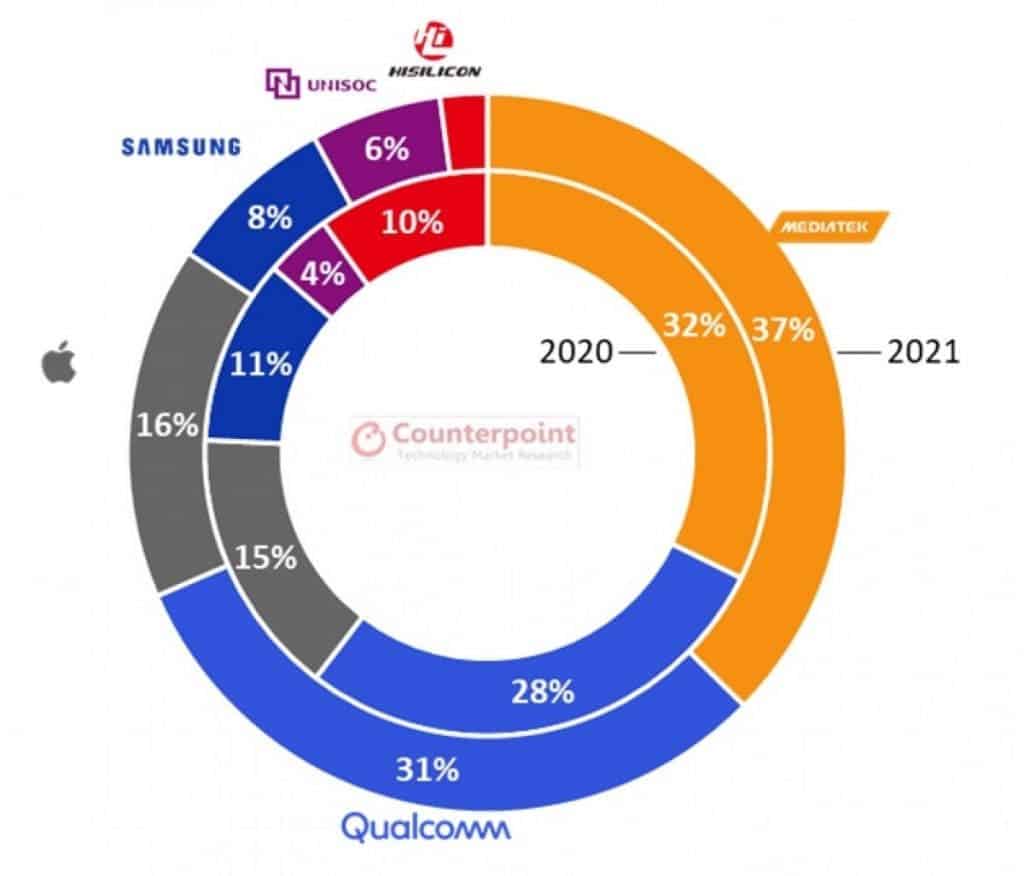 As per the report, MediaTek will gain an advantage over Qualcomm due to the supply constraints around RFICs (radio-frequency integrated circuits) from Samsung’s factory in Austin, Texas. Furthermore, there is a smaller yield of 5 nm wafers. This is something that does not concern MediaTek since it is not using the 5 nm node. The company’s most advanced manufacturing process is currently the 6 nm which not loses much against the 5 nm.

While MediaTek is going to shine in the market, there is a big loser for this year and that’s HiSilicon. One of the company’s shipping the most cutting-edge chips in the form of Kirin chips is now being kicked by Unisoc. Due to the restrictions imposed by the US Ban on Huawei, TSMC is not able to keep feeding HiSilicon. As a result, Unisoc, an ultra-budget chipmaker in China, will take HiSilicon’s place. The Chinese firm will start to account as one of the world’s strongest chipmakers. We believe that more and more OEMs will start using Unisoc chips, especially after the announcement of Tanggula 5G series chips. 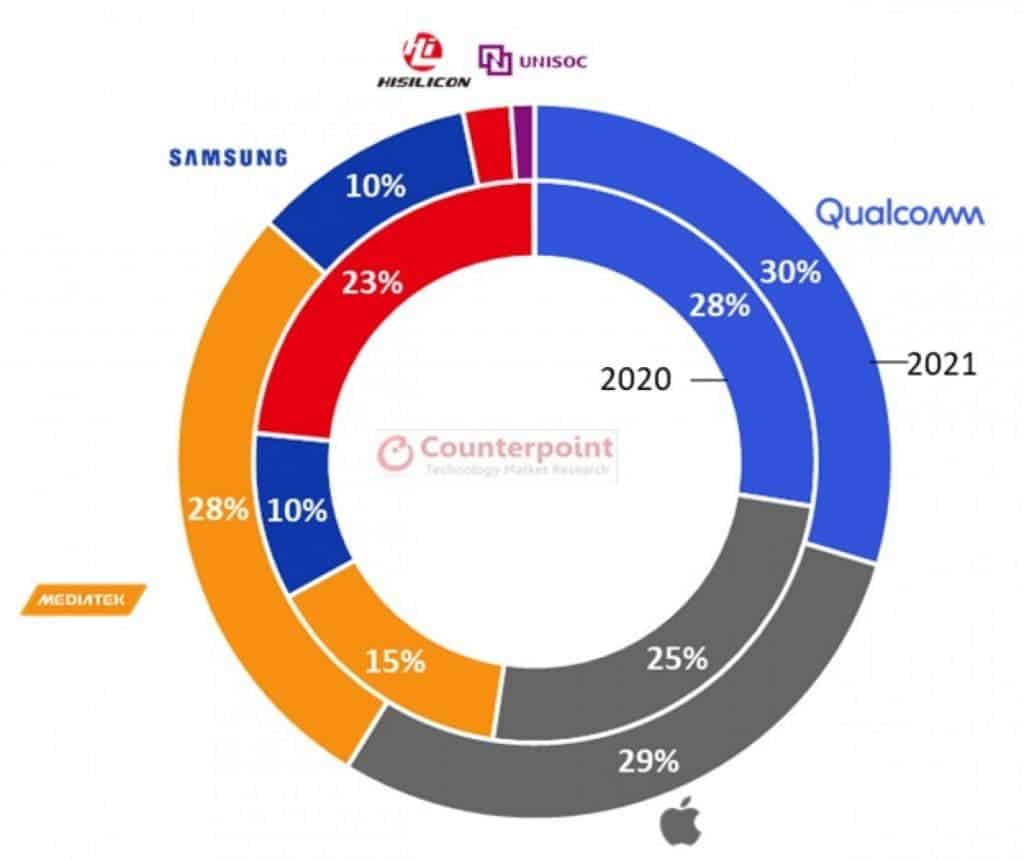 For the 5G segment, Qualcomm might bounce back by the second half of 2021. According to the report, almost 9 out of 10 smartphones will be powered by a Qualcomm, Apple, or MediaTek chipset. These companies will leave the competitors behind and that includes Samsung and its Exynos bandwagon.

Previous MIUI 13: A list of smartphones that should receive the update