Another month has started and here is Samsung adding one more smartphone to the list of Android 11-powered smartphones. The company is proving that its tepid story with Android update is definitively a thing from the past. After bringing Android 11 for a multitude of smartphones last month, it is adding the Galaxy M11 to the bandwagon. For those unaware, the Galaxy M11 can be considered a cost-effective smartphone and one of the most basic options in the 2020’s Galaxy M series. Today, the device is getting an Android 11 update in the form of One UI Core 3.1.

The Galaxy M11 reached the market in May 2020 running Android 10 with One UI 2.0 running on the top. Interestingly, Samsung is bringing Android 11 with One UI Core 3.1. This is a lighter version of One UI developed for low-end smartphones. Perhaps, the company was not confident enough or satisfied with the performance offered by the Galaxy M11 and is introducing the latest Android release with a lightweight branch of its skin. We can say that considering the M11 hardware, this is a good way to ensure a smooth experience on the latest Android iteration. 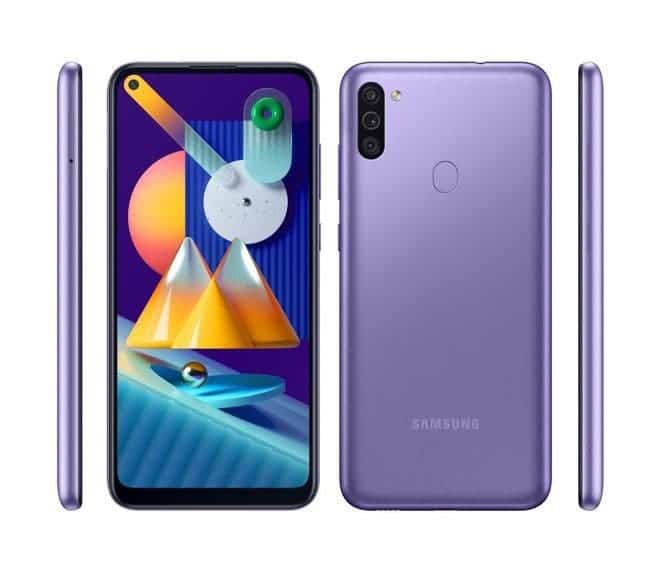 Worth noting that at the time of this writing, the update is currently seeding in Vietnam. However, we assume that Samsung will be adding more countries to this rollout very soon. If you haven’t received this Android 11 update yet, you can try checking for it manually via the Settings menu.

The Galaxy M11 features a 6.4-inch display with 1,560 x 720 pixels of resolution and 268ppi density. This panel features a top-left-aligned punch-hole which isn’t a very common spot for Samsung smartphones. Anyway, the hole comprises an 8MP camera with an f/2.0 aperture. Moving around to the back, we have a modest triple-camera setup. It comprises a 13MP main camera, a 5MP ultrawide unit, and a 2MP depth-sensing module.

Under the hood, the smartphone brings a Qualcomm Snapdragon 450 SoC that consists in eight ARM Cortex-A53 cores clocked at up to 1.8GHz. The phone is available in variants with 3GB of RAM and 32GB of Internal Storage and 4GB of RAM with 64GB of Internal Storage. The device draws power from a 5,000mAh battery with 15W fast charging.

The device is quite decent, and now with Android 11-based One UI 3.1 Core, users will enjoy a smoother experience.