Despite the fact that Samsung has powerful flagships, it is impossible to say that the company has gained a foothold in the gaming market in the current reality. Too diligently, a number of manufacturers have begun to build a segment of smartphones with a focus on gamers. Judging by the latest information, the company regrets that it does not have the “right” smartphone that can play “real” games.

According to LetsGoDigital, the South Korean giant has filed with the European Union Intellectual Property Office (EUIPO) to register the phrases Activate Fan Mode and Unleash Your Fan Power. In the first case, most likely, we are talking about the fact that the user will be able to turn on and off the cooler. The accompanying documents say that these phrases will find their application when describing components for tablets and smartphones. 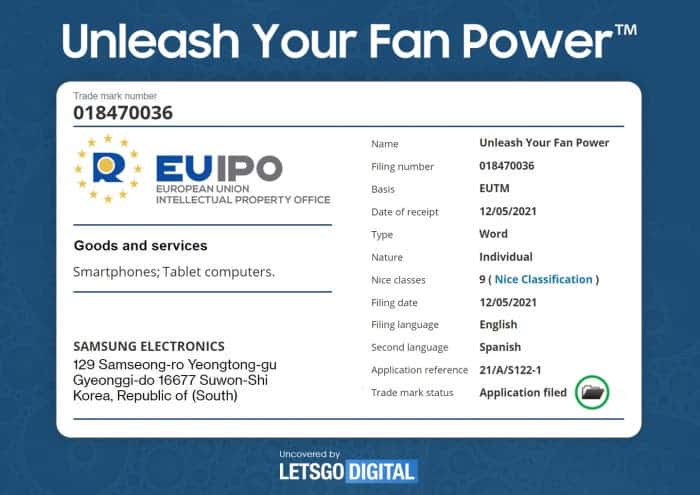 Samsung currently does not have smartphones whose cooling systems include a fan. This fact has led to speculation that the company is preparing the device; with a focus on fans of mobile games.

But this is just a guess. Samsung itself does not comment on these guesses in any way. 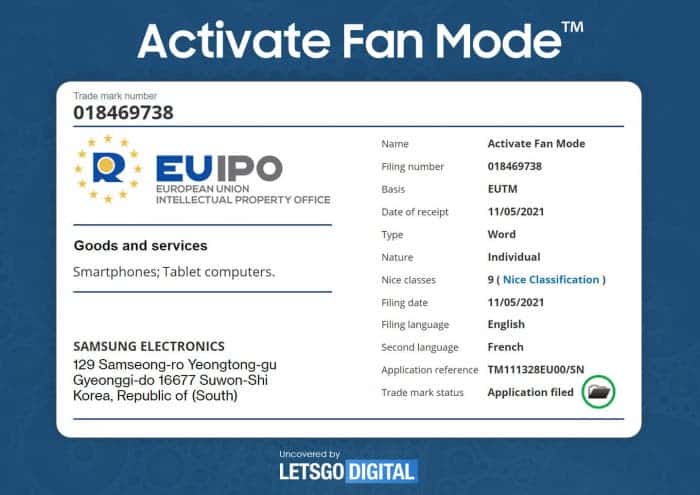 South Korean giant Samsung will unveil new flagship smartphones in late summer in August, according to online sources. We are talking about Galaxy S21 FE, Galaxy Z Fold 3 and Galaxy Z Flip 3 devices. The latter two devices will have a flexible display that folds into the body. Usually, by the end of the summer, Samsung announces Galaxy Note devices.

The Galaxy Z Fold 3 is rumored to have S Pen support. It is expected to be the world’s first flexible display smartphone equipped with a sub-screen camera. The device will have a triple main camera.

The second new flexible design, the Galaxy Z Flip 3, will boast a larger outer screen compared to the previous generation model. This device will have a dual main camera with a pair of 12-megapixel sensors. An internal camera with a 10MP sensor is also available.

As for the Galaxy S21 FE smartphone; there are rumors that it will have a 6.4-inch screen with a small hole for the front camera and an integrated fingerprint scanner. The refresh rate of the panel is supposedly 120 Hz, the resolution is Full HD +. A triple camera will be located in the back of the case.

Next First look at the Huawei P50 series camera design