A few days ago, Meizu Technology officially announced that it will hold the Meizu Smart Life Conference on May 31. At that time, Meizu’s long-awaited Meizu smartwatch will debut. 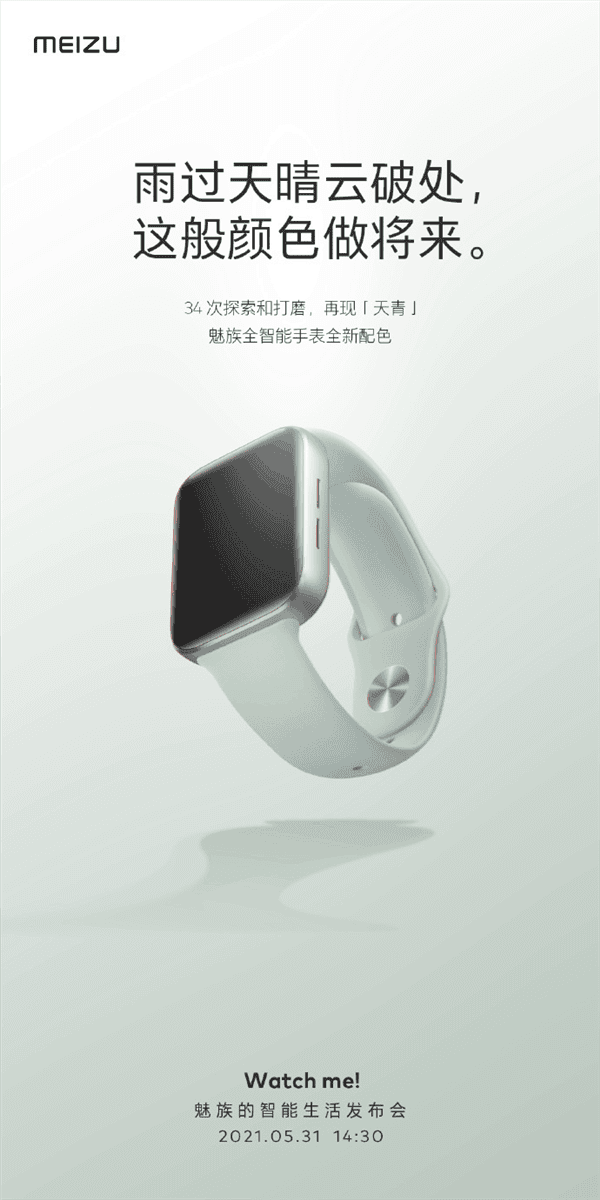 As the press conference approaches, Meizu has started promoting the upcoming smartwatch actively.

Today, the company posted a photo showing the azure color variant of the Meizu smartwatch. The official statement reads, ‘It rains over the sky and clears the clouds. This color will make the future, 34 times of exploration and polishing, reappearing azure.’ 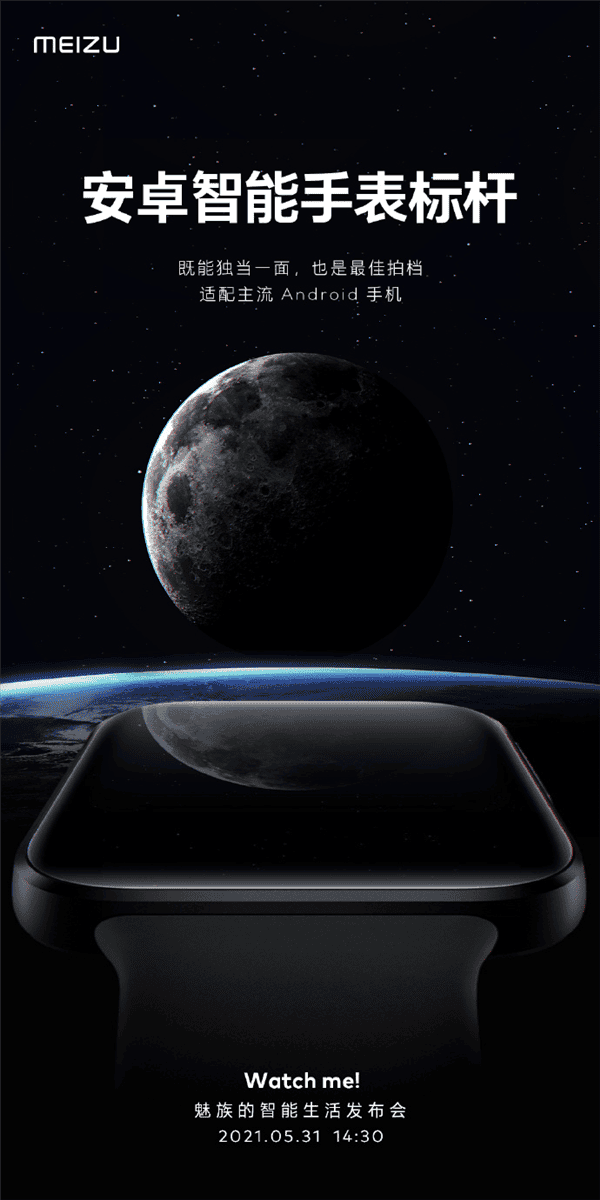 In fact, this is not a new color for Meizu fans. We mean the previous Meizu 17 had such an option and it was welcomed by many Meizu fans.

Moreover, with the launch of this wearable the manufacturer is going to challenge the benchmark of Android smartwatches. 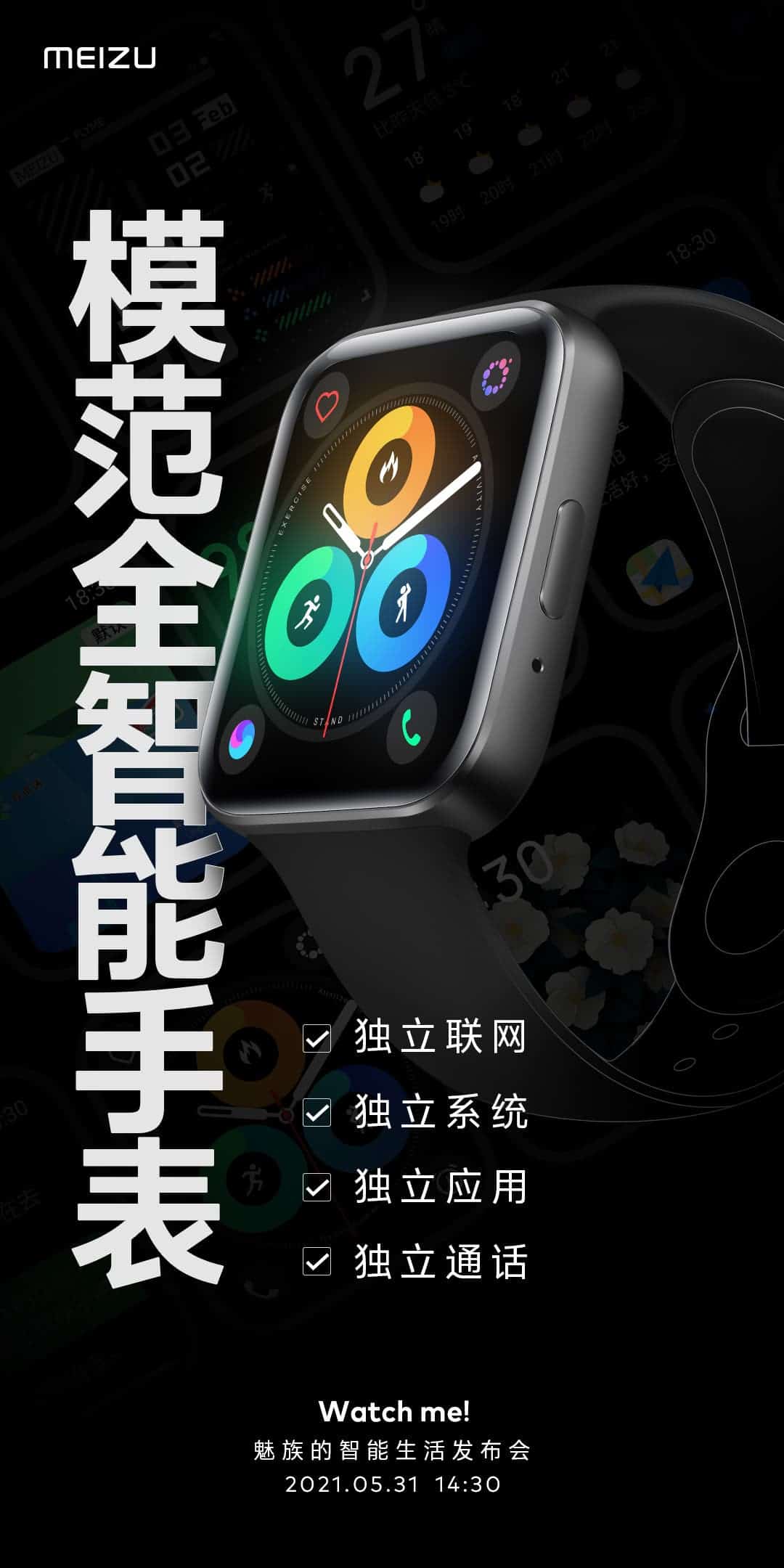 From the poster, we can see that the front of the watch adopts a 3D arc design. There are two gaps on the right side. These openings should be for the speaker. The strap is fixed inward to prevent loosening and make the watch more stylish as a whole.

This smartwatch will run the Flyme for Watch system and support the installation of third-party apps. The most advanced apps include Air Travel, Baidu Maps, NetEase Cloud Music, Alipay, Sogou Input Method, QQ and many other apps.

Moreover, the Meizu smartwatch will support the Aicy voice assistant, which can achieve the same user experience as the smartphone.

A few months back, the Meizu Watch appeared on the website of the China Quality Certification Centre (3C). The latter discloses that the smartwatch comes with support for 7.5W (5v 1.5A) charging. It also has LTE support. Thus, there is a slot for a SIM card or an eSIM. As said, we are talking about a standalone smartwatch meaning it will not need to rely on the smartphone to receive calls. Users will also be able to connect to the internet to use apps and features that require an internet connection.

At last, this watch has managed to appear on Chine Telecom website. But many Meizu fans were not pleased with the design it will come with. They think the watch looks identical to the Apple Watch. And we have to agree with this complaint.

Next Here is the Google Pixel 6 design from all sides