In the popular Geekbench benchmark, detailed specifications of the tablet, codenamed WGR-W09, have appeared. According to some reports, we are talking about the Huawei MatePad Pro 2 model, which replaces the current MatePad Pro.

According to Geekbench data, the tablet is equipped with 8 GB of RAM. Although there is no exact information on the model of the chipset, it is known that it has an eight-core processor with a single core clock speed of up to 3.13 GHz. Three more cores operate at 2.54 GHz, and the remaining four at 2.04 GHz. The device runs on Android 10. In the single-core test, the device scored 908 points and 2987 in the multi-core.

Buyers have access to both a Wi-Fi-only version and a 4G model. Android 10 in the EMUI 10 user interface allows you to clone the smartphone interface to the tablet screen for transferring files, making phone calls and sending/receiving text messages.

Also, Huawei MatePad Pro has a main camera of 13 megapixels with an aperture of f / 1.8 and LED flash and supports phase detection autofocus. The resolution of the front camera is 8 megapixels, the battery capacity is 7250 mAh, there is 40 W fast charging and 15 W wireless charging, as well as quad speakers with Histen 6.0 technology. Only the 4G version has GPS. The tablet comes with an M-Pencil stylus and offers 4096 levels of pressure sensitivity. We can assume that in the new product all these characteristics will be better, or at least not worse. 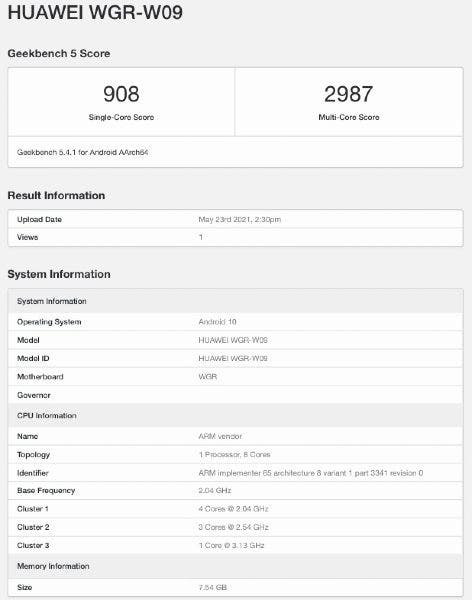 Huawei will focus on software development to counter US sanctions

Huawei Technologies founder Ren Zhengfei urged employees to “have the courage” to become one of the leaders in software development. The company aims to become independent from the United States in this sector. Writes about this Reuters with reference to an internal letter from the company.

The letter states that it will be difficult for Huawei to produce cutting-edge equipment in the short term. Therefore, the company needs to focus on building software ecosystems such as HarmonyOS, cloud artificial intelligence, and other IT products.

Ren also noted that future developments will become outside the control of the United States; which will give the company greater independence and autonomy. “When we dominate the European and Asia-Pacific markets, the United States will not be able to enter it if our standards do not match and they will not let us into their territory,” the letter says.

Previous Which Samsung devices will get One UI 4.0 based on Android 12

Next iPhone 13 Pro Appeared On Renders, Showing The Final Look