The market situation is favorable for Xiaomi. Huawei dropped out of the race for global dominance in the smartphone market and the company took advantage of the situation to increase sales and take the vacated third line in the global ranking. And then the United States was forced to sign for the loss and the illegality of the persecutions arranged.

The company’s image has grown and it is natural that it is inspired by success and ready for new achievements. And it has very ambitious plans. The other day, speaking at one of the trainings in China, the head of Redmi and vice president of Xiaomi said that he hopes that the company will become number one in the smartphone market. Yes, there are plans to bypass not only Apple, but also Samsung. And this may happen as early as 2023. The head of the company, Lei Jun, sets similar goals for the company.

Liu Weibing said that Xiaomi now firmly holds the third line in the ranking of the largest manufacturers in the world. But according to the results of the second quarter of this year, there is a high probability of pushing Apple and becoming the second in the world.

According to the results of the first quarter of this year, Samsung retains the leadership; which controls 22% of the mobile device market. Apple is in second place with a 15% share and Xiaomi is in third place with 14%. The Chinese company managed to become the leader in terms of growth rates – 62% annual growth. 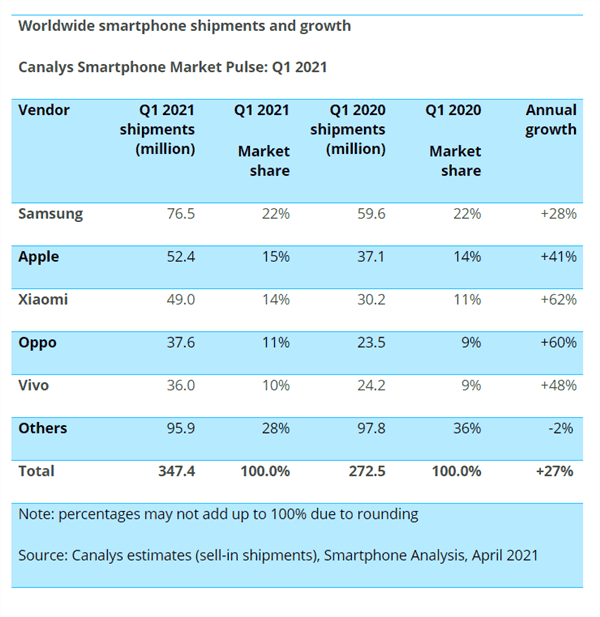 The general director of the Redmi brand, Lu Weibing, recently announced that the Chinese company Xiaomi has become the leader in the smartphone market in more than ten countries.

Sales of Xiaomi devices are growing amid a sharp weakening of the position of Huawei; the supply of smartphones from this telecommunications giant collapsed due to tough sanctions from the United States.

According to the results of the last quarter, Xiaomi took first place in sales of smart cellular devices in 12 countries. These are Russia, Spain, Poland, Belarus, Ukraine, Croatia, Lithuania, Malaysia, India, Nepal, Myanmar and Colombia.

It is noted that in Europe, Xiaomi has risen to the second place among the leading suppliers of smartphones. If we consider only Eastern Europe, then Xiaomi is in the lead for two quarters in a row. In Western Europe, the company is in third place.

At the end of last year, Xiaomi sold 146 million smartphones globally. This is 17.5% more than a year earlier.