Huawei is building HarmonyOS at an accelerated pace. This year the company plans to transfer a multimillion gadget fleet to work with it. It hopes that other Chinese companies will join the initiative “here’s a cool operating system for you”. Huawei confirmed last week that at least three companies are serious about starting to install HarmonyOS on their devices.

The names of those who are ready to put their gadgets under the banner of the Huawei operating system were not named. But today we already know the name of one of the companies. It was Meizu. Today the company has published a teaser announcing that on May 31 it will arrange an announcement of its smartwatch and one of its features should be the HongMeng operating system (as it is called in China). Although, it is possible that the company will only announce its desire to release a smartwatch with an OS from Huawei in the future. We should wait until the release to find out exactly what Meizu’s intentions are.

As for the Meizu Watch itself, it will receive a Snapdragon Wear 4100 chip, an Apple Watch-style design, heart rate and blood oxygen sensors. They will also offer support for the Lipro voice assistant. 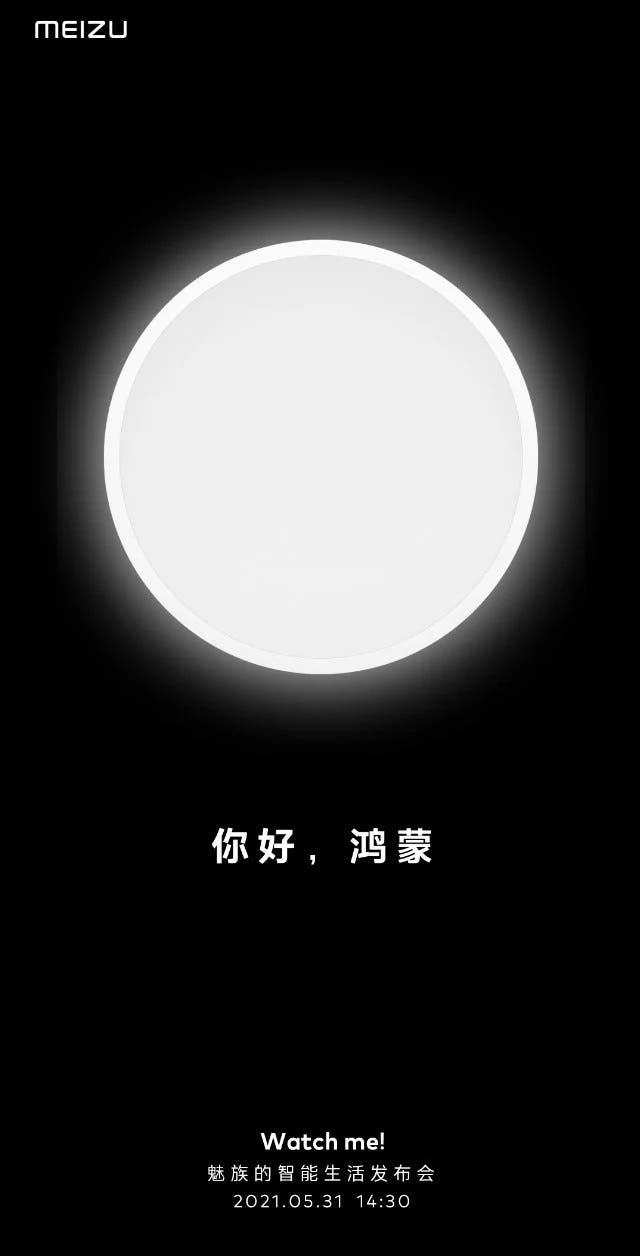 Huawei is developing a new high-performance tablet, the MatePad Pro 2. According to reports, the device has already received TENAA certification; and a well-known insider has published some technical characteristics of the model.

Presumably, the device appeared in TENAA under the name WGR-AN19 (the tablet was developed under the codename Wanger); but the site lacks any images or photographs of the device. Technical characteristics are also practically not disclosed. We only know that the tablet will receive the HarmonyOS operating system and 5G support.

Chinese insider Digital Chat Station claims the MatePad Pro 2 will be the first mobile device to run HarmonyOS out of the box. According to him, the tablet will be based on the HiSilicon Kirin 9000 processor. He also claims that the device will increase in size compared to its predecessor: there will be two models on sale – 12.2 and 12.6 inches.

Its predecessor, the MatePad Pro, came out at the end of 2019. In the first half of 2020, the company released a 5G version of the tablet. The starting cost of the device was $500. How much the new product will cost is still unknown.