This month Realme completed its third anniversary. From a company that started as an Oppo lineup, Realme is now one of the world’s most popular smartphone brands. The company keeps pushing competitive smartphones and now has a presence in the various market categories. Most recently, the brand revealed its Realme GT and GT Neo as 2021 flagship contenders. The brand also unveiled its Realme 8 series for the mid-range department and new Realme C smartphones for the low-end segment. Now, it seems that Realme already has another device with the Realme RMX3261 model number to launch.

Today, a new budget Realme smartphone emerged in an FCC listing, revealing its design and a few of its specs in the process. This unreleased Realme smartphone bears the RMX3261 model number. It already passed by the TKDN, BIS, and Indonesia Telecom certifications. So, we’re not looking at a smartphone that is exclusive to a specific market. Apparently, Realme is preparing this Realme RMX3261 for a global release. 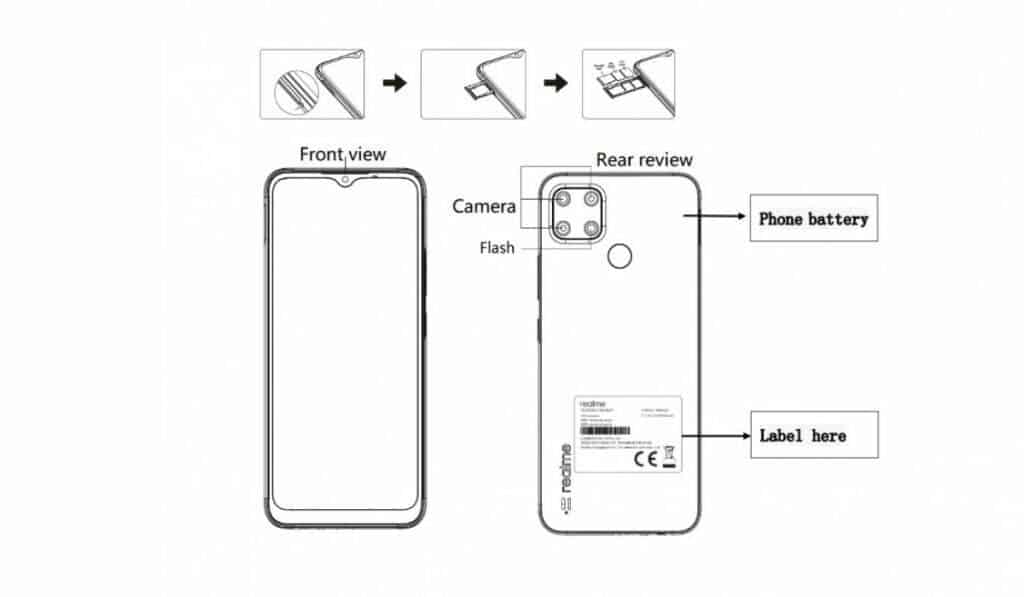 It’s not hard to know that the Realme RMX3261 is a budget smartphone once we look at the design. The handset sticks with the waterdrop notch display formula. It has been constantly associated with Realme budget smartphones. The mid-range and flagship devices already transitioned to the punch-hole solution. Aside from the teardrop cutout, the smartphone brings a triple-camera set up in the back that has a single LED flash. The schematics also show a rear-mounted fingerprint scanner and a triple SIM slot. Could this be another device for the Realme C series? 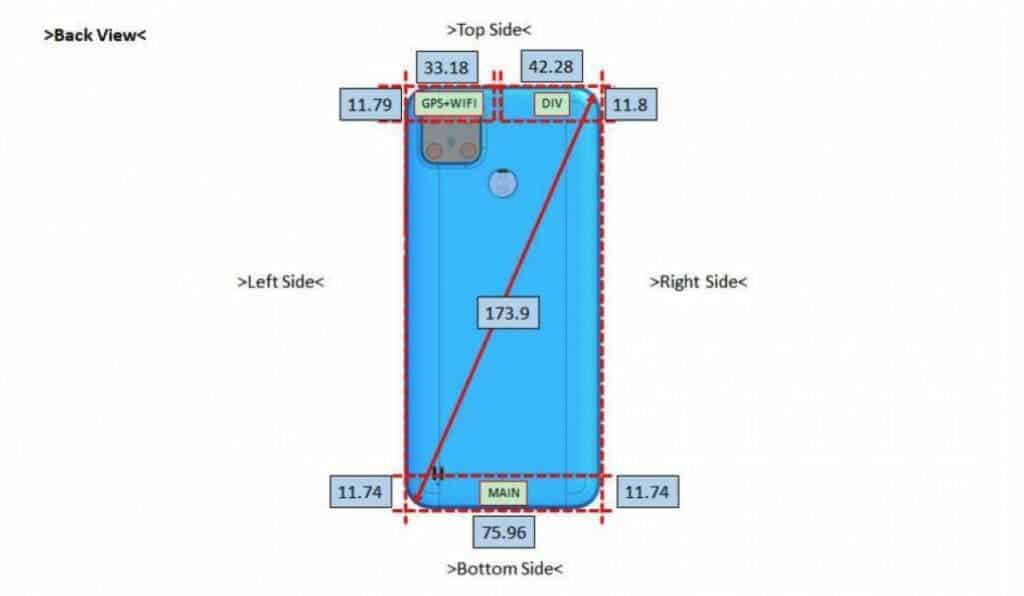 The Realme C-series has been known for its budget chipsets, huge batteries, and affordable price. In the battery department, this handset will not disappoint since it has a 4,880mAh battery with 18W charging support. We assume that this 4,880mAh is the rated capacity, and the device will reach the market with a 5,000mAh typical capacity. It also runs Android 11 OS straight out of the box with Realme UI 2.0 running on top. This is pretty good to hear. After all, Realme isn’t having an easy time with its Android 11 update for the budget devices launched last year.

The device has 173.9mm in diagonal and 75.96mm wide. Unfortunately, there aren’t clues about a release, but we can expect this device to be released very soon. Realme will probably choose Indonesia, Malaysia, or India as key markets for this smartphone. The company often chooses these countries to push forward new Realme C smartphones. We expect more details to appear soon.