Microsoft’s race against piracy and gaining a new level in Spain. Recently, a woman was sentenced to prison in Spain for pirating Windows and Office. According to the released information, the accused maintained two of the eight machines in her establishment with pirated copies of Microsoft software.

The crime was first discovered in 2017. So far there is no information on how the authorities became aware of the illegal practice. Since then, the woman has twice appealed the court decision, but now she has not been able to escape. As a result, the Spanish Supreme Court sentenced the woman to serve six years in prison. In addition, she will need to pay a fine of € 3,600. That figure, however, does not yet include the amounts it will have to pay to Microsoft. It corresponds to the prices for the Windows licenses and the Redmond Giant program package.

This opens a precedent for people pirating Windows and Office

This is the first time that such a sentence has been given in the country. Now the conviction could set precedents for future cases of the kind. Until now, processes of this type have only involved cases of massively pirated file sharing. It involves things as movie distribution, for example. To reach this unprecedented decision, the Supreme Court of Spain based itself on the reform of the country’s penal code. It was carried out in 2015 and which considers illegal the commercial exploitation of products and services for which it does not have a license. So if you live in Spain and have any kind of business operating with illegal Windows or Microsoft software, be aware of the consequences.

Since we’re speaking of piracy, it is worth remembering that recently it was announced that customers of Starlink – SpaceX’s satellite internet service – will have the signal blocked if it is identified that pirated content has been downloaded through the company’s network. This is an unseen decision that can be easily followed by other internet providers in the future. Of course, this will depend on every country’s specific regulators. 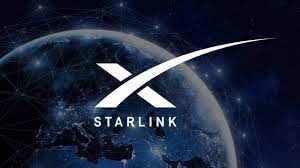 A Reddit user, who already uses the company’s signal, shared a snippet of an email he received from the company after trying to download a pirated movie on the internet. In the message, Starlink recommends that the subscriber does not use the signal to download illegal content. Otherwise, the access may be blocked.

Starlink explains that “violating SpaceX or third party copyrights, trademarks, owners or other intellectual property rights” goes against the principles of the company’s Acceptable Use Policy.