Motorola is gearing up to launch one more smartphone under its mid-range series featuring 5G connectivity. Unfortunately, the company that revolutionized the market with the original Moto G nowadays struggles to bring 5G to its mid-range lineup. Hopefully, this will change soon and the Moto G Stylus 5G will be an affordable 5G option. The device passed FCC in April and now had some of its key specs revealed.

New information reveals more details about the new version of the Moto G Stylus. The original variant was presented earlier this year and now will gain a variant with support for the fifth-generation network. 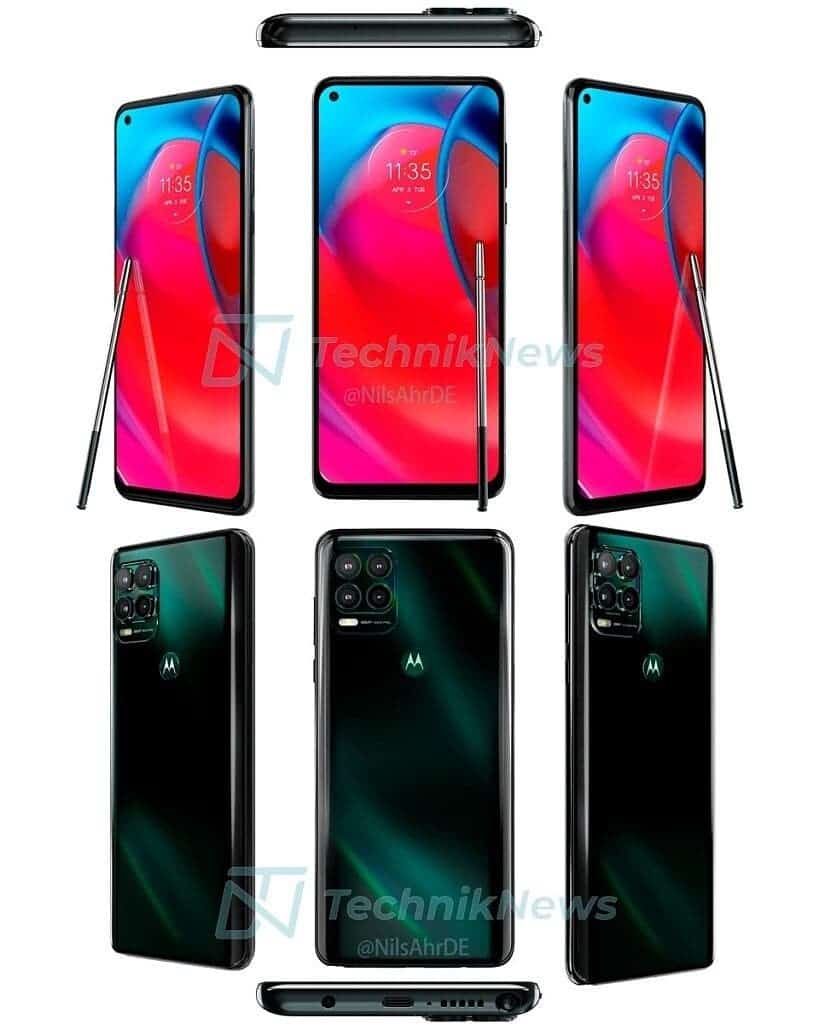 An image released by leaker Nils Ahrensmeier reveals the entire design of the Moto G Stylus 5G. It reveals that Motorola’s next smartphone model will come with four rear cameras in an identical format to the Moto G100 5G. Or if you prefer an iPhone 11-like camera cutout. The island includes a flash positioned just below the module.

Furthermore, the smartphone’s bottom will have a 3.5mm headphone jack, a USB-C connector, the main microphone, speaker grille, and a Stylus pen port positioned at the bottom. The display will have a top-left-aligned punch hole and a thick bottom chin.

According to reports, the Moto G Stylus 5G will be launched exclusively in the United States. However, we can’t discard a possible launch in other regions using a different moniker. Anyway, the US-based variant will have 256GB of Internal Storage and will have its power ensured by the Qualcomm Snapdragon 480 SoC. For those unaware, the SD480 was Qualcomm’s direct response to the MediaTek Dimensity 700 that is conquering so many smartphone makers in the affordable segment.

Read Also:  Moto G62 5G has been certified by the FCC

The device isn’t more powerful than the Snapdragon 678 found on the Moto G Stylus but can win in some aspects, and of course, in the 5G capabilities. The display should measure 6.8-inch with FHD+ or HD+ resolution, and just a 60Hz refresh rate. The main camera will be a 48MP snapper. The device will run Android 11 OS straight out of the box and will draw powers from a huge 5,000mAh battery. Motorola isn’t very generous in charging speed, but we expect at least 15W charging on this handset.

The device already passed FCC certification which is an important step before a launch in the United States. We should hear more about it in the coming weeks.