Realme had planned to release its new Realme Smart TV 4K series earlier this month in India. However, due to the second wave of COVID-19 cases in the country, the brand had to postpone its plans. Now, on May 31st, the company is ready to unveil its new contenders in the market of smart TVs. The brand has two distinct sizes – a 43-inch and a 50-inch model. Both panels come with cutting-edge technologies such as Dolby Atmos audio, Dolby Vision, Bluetooth 5.0, Android TV 10 with Google Assistant, and more. Without further ado, let’s dive into the specifications and features offered by the new TV series.

In terms of hardware, the TVs come with a MediaTek Quad-Core chipset meant for smart TVs. It is paired with a Mali G52 GPU and brings 2GB of RAM with 16GB of Internal Storage. So you’ll have plenty of space for storing your favorite applications. On the software side, we have Android TV 10 Operating Systems. 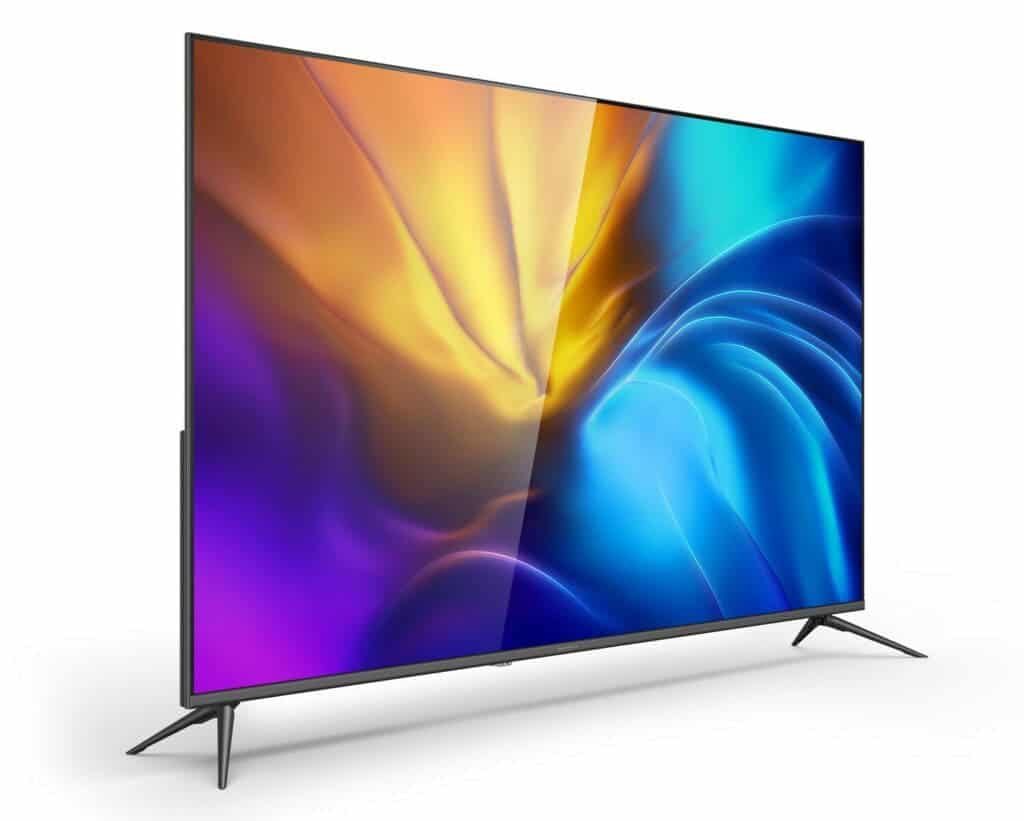 As usual, the TV comes with popular streaming media platforms like Netflix, YouTube, Prime Video, and Live channels. Since they’re based on Android, they also come with Google Assistant support. Furthermore, the TVs have Chromecast built. Therefore you can synchronize your smartphone’s online video programs, movies, and other content to watch on TV. When it comes to sound output, these TVs come with 24W quad-stereo speakers that have Dolby Atmos support and DTS HD sound system support.

In terms of connectivity, the new TVs have 2.4GHz / 5GHz Wi-Fi support, Bluetooth 5.0, three HDMI ports, two USB ports, one TV input, one tuner port, and one LAN port. The 43-inch model weighs around 9.5 Kgs and has a 100W power consumption. The 50-inch model, on the other hand, weighs around 13.1kg and is rated for 200W power consumption. Last but not least, both TVs have passed TUV Rheinland Low Blue Light certification, an eye-safe display standard that protects the harmfulness of blue light while viewing the TV.

The Realme Smart TV 4K 43-inch variant costs INR 27,999. The 50-inch TV model costs around INR 39,999. Both models can be purchased from Flipkart, Realme.com and other retail stores will receive them from June 4th.