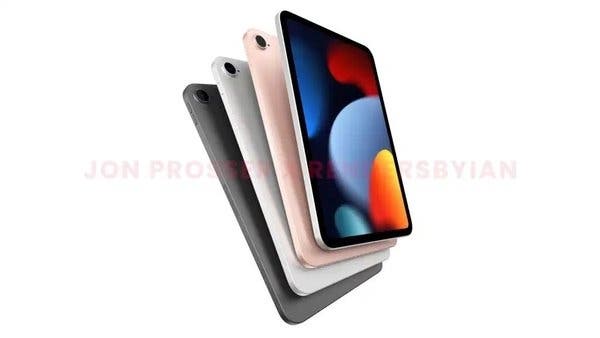 However, this device will come with some new inclusions and subtraction. According to Jon Prosser, the iPad mini 6 will not have the iconic Home Button. Nevertheless, it will come with a Touch ID power button, This device will also use a larger display but the bezel will significantly reduce. Furthermore, the report also claims that Apple will eliminate the Lightning interface for the USB Type-C interface.

Apple’s previous generation of iPad mini has a 7.9-inch display. It also expunges the Home button and uses a narrower frame. Thus, there are speculations that the new iPad mini product screen should be around 8.4 – 8.9 inches. However, the iPad mini 6 body size is basically the same as the previous generation. The length and width both increase by about 3mm. We expect the total dimension to be 206.3 mm x 137.8 mm x 6.1 mm. 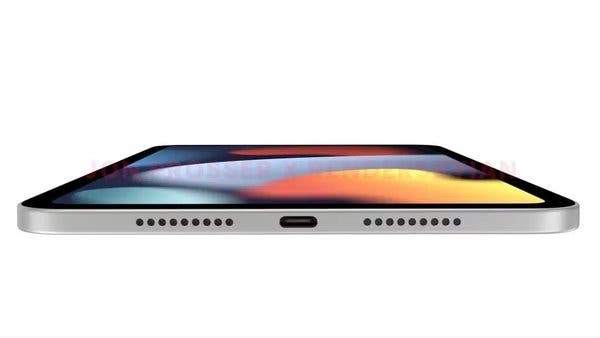 iPad mini 6 will have a better display ratio

The report also comes with a render of the new iPad mini. Looking at the renders, the iPad mini 6 uses a metal middle frame design similar to the iPad Pro and iPad Air with a right-angle edge. Furthermore, this device also uses the same dual speakers at the bottom as the previous generation.

The core configuration of this tablet will include Apple’s Bionic A14 processor. The cellular version will support 5G networks and will be available in three colors. The available colours will include silver, black and gold.

The renders show that the thinner bezels increase the screen-to-body ratio. This makes the display field of view larger than the previous generation. So far, there are expectations that the iPad mini 6 will be the strongest entry-level iPad product in Apple’s history. Users who want to purchase entry-level Apple iPad products may wish to wait. However, it should be noted that due to the rising cost of chips, the price of the new iPad mini is expected to increase slightly.

As for the release date, there is no information on the arrival of this device for now. However, we hope to get more information regarding this tablet in the coming weeks.