The Twitter team is considering a new feature to avoid “unwanted attention” to users, which often end in online harassment. The company develops tools that allow you to erase mentions about yourself from the social network.

According to Dominic Camozzi, Privacy designer for the company, the “preconception” gives users the ability to block mentions of themselves online and even control who can tag their name.

The function is roughly similar to the one already implemented in Facebook. It will allow you to unbind the link to the name of the profile owner and prevent similar marks in future posts. Additionally, it will be possible to block mentions from specific users without sending their accounts to the blacklist. It is also possible that the user will be able to prohibit mentioning him for a certain number of days. 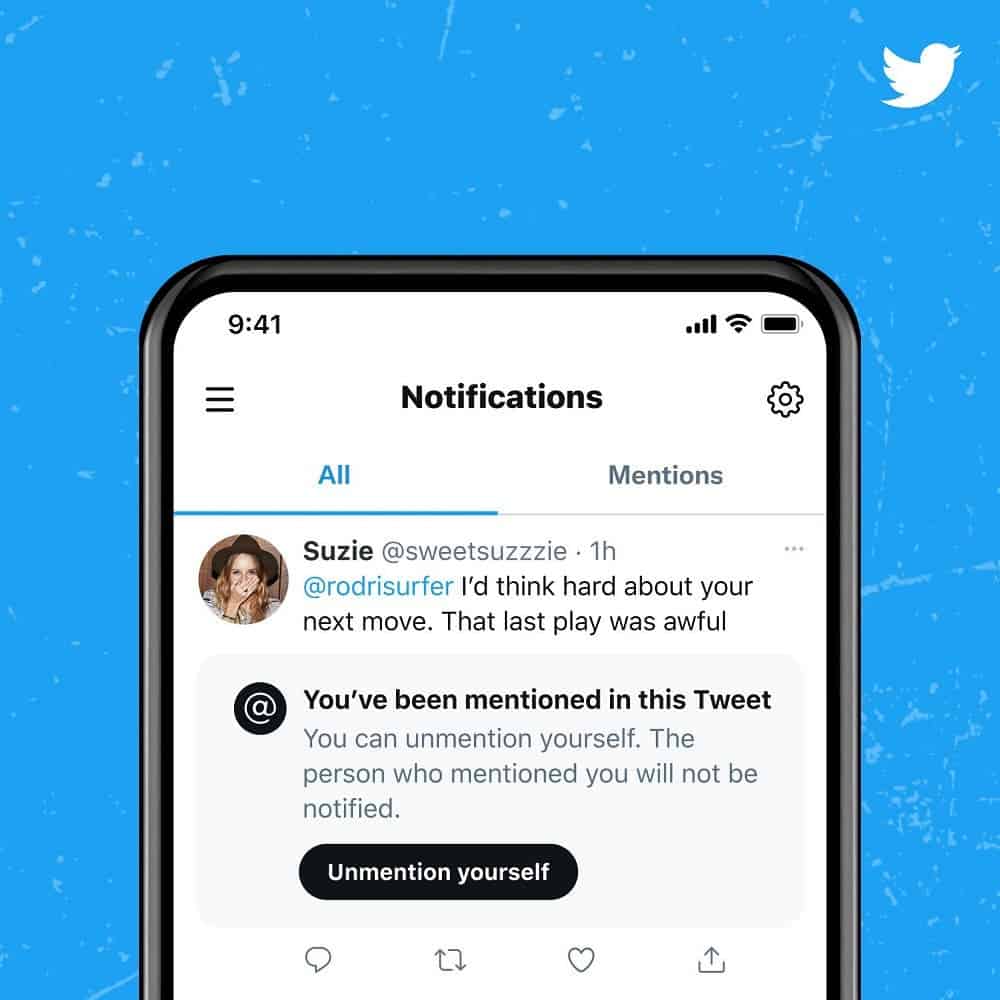 The concept is somewhat reminiscent of a mechanism that allows you to limit the number of responses to posts. Like this feature, the ability to turn off mentions will help to partially cope with some manifestations of “toxic” behavior; often leading to total bullying on the social network.

Twitter will allow users to forcibly remove mentions about themselves

Sometimes you want to talk, and sometimes you just … don’t. Check out these early concepts that could help control unwanted attention on Twitter. Feedback, especially at this beginning stage, is invited (and wanted)!

For example, one of the options under consideration involves sending notifications to the user in the event that they have become too often mentioned in other posts. After receiving a notification, the user can choose in the settings who can leave links to his profile or “pause” the situation when the conflict suddenly escalates. 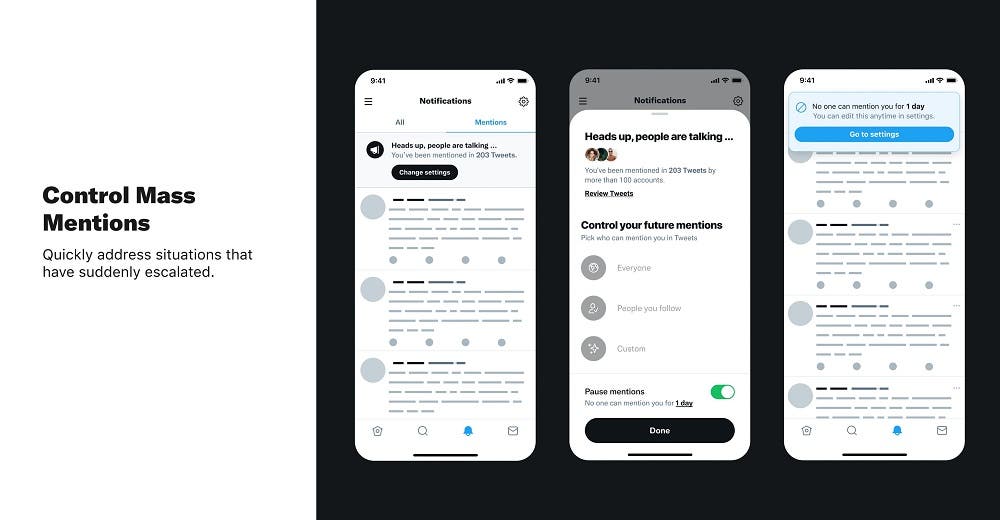 Features like these can give users additional tools when viral tweets lead to outright bullying. This will not protect against individual “personal” conflicts; but in the event of a wave of negative comments; it will save you from having to block hundreds of users manually.

Going further, if someone you don’t follow @ mentions you, you’ll get a special notification. If you unmention yourself from there, the Tweet author will not be able to mention you again. 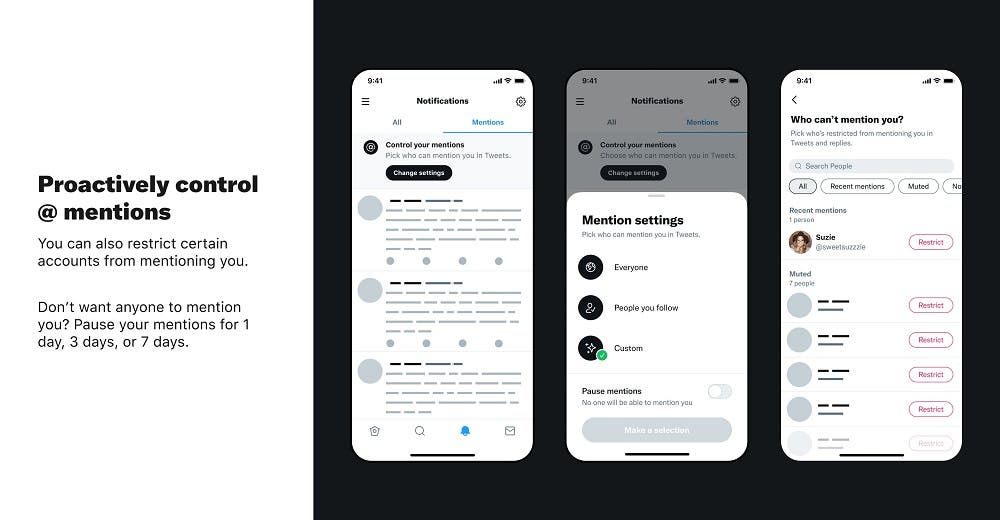 Camozzi did not say when the new features will be rolled out or if they will be implemented at all. Instead, the manager welcomed user feedback.