Samsung revolutionized its smartphone series with the Galaxy A and M-series in 2019. The company decided to make some devices even more budget-friendly and this resulted in the Galaxy A0 and M0 smartphones. The company launched the Galaxy A01 last year, and a Galaxy A02 in January this year. The device isn’t very appealing, but it’s not meant for hardware enthusiasts. The whole objective of this series is to give smartphone access to those who can’t spend much or that also doest necessarily need many advanced features. According to a fresh report, the super-budget smartphone is coming to India very soon. 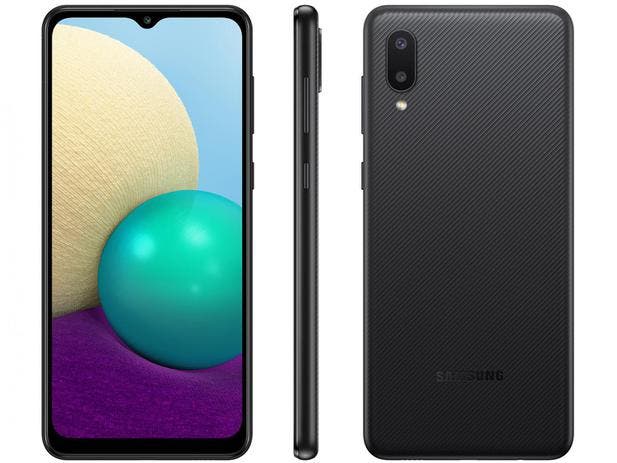 According to a report from 91Mobiles, the Galaxy A02 mass production has started at the company’s Noida facility. The live images of the handset in production have leaked online. It suggests that the handset will sport the very same design as the global variant, and as a consequence, you can expect the very same specifications.

Since the Galaxy A02 isn’t entirely new, we already know most of its specifications. Of course, Samsung can still decide to bring some surprises for the Indian market. Under the hood, the Samsung Galaxy A02 sports the 6.5-inch IPS LCD with an HD+ resolution of 1,560 x 720 pixels. Under the hood, the smartphone comes with a truly-old MediaTek MT6739W7 Quad-Core chipset which is aided by a PowerVR Rogue GE8100 GPU. The phone still has 3GB of RAM and 64GB of Internal Storage which can make the experience a little more smooth. Users can expand the storage via the microSD card slot. The Galaxy A02 runs Android 10 out of the box with Samsung’s One UI running on top. We would really appreciate it if Samsung decides to bring the Indian variant with Android 11 and the lighter One UI 3.1 Core update.

In terms of optics, the handset brings a dual-camera setup. Don’t expect wonders since this brings a 13MP primary camera and a 2MP macro shooter with an f/2.4 aperture. Furthermore, for modest selfies and video-calling, the handset comes with a 5MP camera. The device draws its powers from a huge 5,000mAh battery. Unfortunately, charging can take a while due to the very limited 7.75W charging. As you can imagine, the device has a micro USB port.

The Galaxy A02 sells in Denim Red, Denim Grey, Denim Black, and Denim Blue colorways. The device costs around $121 in global markets, the device may hit

Previous Windows 11 may arrive as a free upgrade for Windows 7 and 8.1 users

Next Ulefone's first tablet launched - Tab A7 with 4G LTE