Huawei is running to recover its position in the market and is betting on its own operating system as a catalyst of its resurge. Meanwhile, the company keeps bringing new products for unconventional segments to keep its business flowing smoothly. Today, the company has unveiled a new tablet targeting young children. The new tablet carries Huawei MatePad T 10 Kids Edition and is a trimmed-down version of the MatePad T 10 which was released a couple of months back in Japan. The device even shares the very same chipset as its sibling. That said, let’s dive into the Huawei MatePad T 10 Kids specifications and features.

The Huawei MatePad T 10 Kids Editions sports a 9.7-inch IPS LCD with a screen resolution of 1,280 x 800 pixels. That is an HD resolution with a pixel density of around 156 ppi. It’s not a very crispy display due to its size and resolution, but we don’t think that its audience will be too exigent. Under the hood, the slate packs the very dated Hisilicon Kirin 710A chipset. It comes along with 2GB of RAM and there are 16GB and 32GB storage variants. Of course, you can expand the storage in both cases. 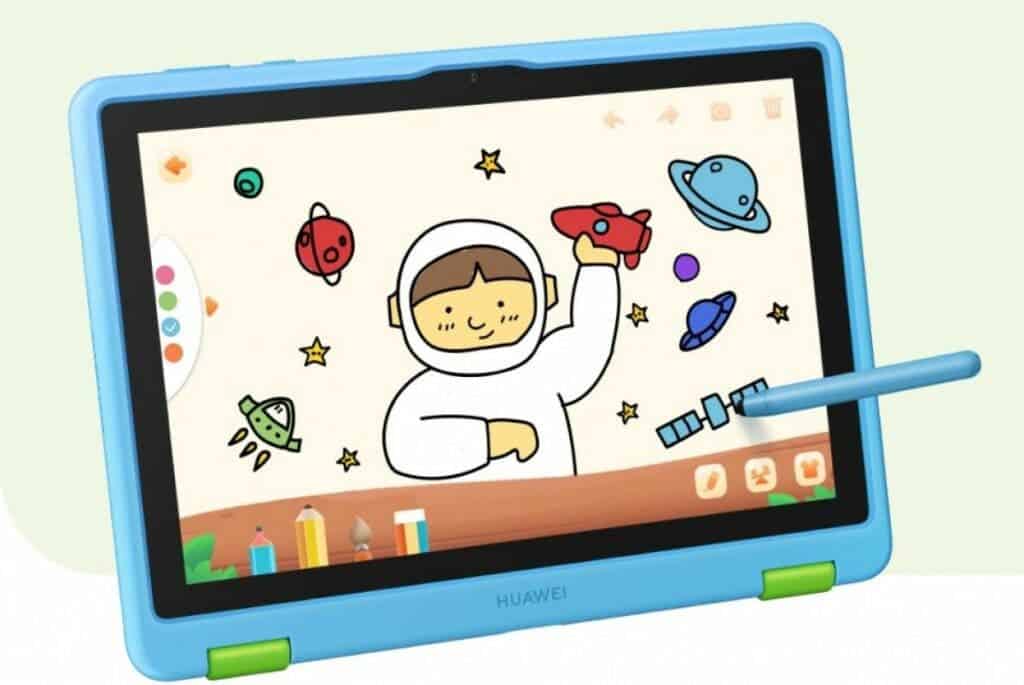 The exterior and internal software design of the Huawei MatePad T 10 Kids Edition confirms that the tablet is indeed designed and programmed for kids. For one, the tablet’s exterior has a brightly colored anti-shock case featuring food-grade silicone. As a result, the product will not bring toxicity for children playing with the tablet. The case is also removable, leaving the tablet in a sleek plastic body.

The tablet also comes with an easy-to-access kickstand. It will make it easy to keep that tablet stand up while your children are watching a video. The kickstand also doubles as a handle for the slate. There is also a stylus pen attached to the case. The tablet also sports a single 5MP camera at the bac which offers 1080p video recording. The front of the display houses a 2MP selfie snapper.

The device draws powers from a 5,100mAh battery. It’s not a bad size for the resolution and the specs, but the charging is painful. Although it comes with a USB-C charger, the device is limited to a 5W charger. We believe that it has to do with the fact that this is a children-oriented tablet. In the same way, Huawei blocked access to the tablet when it is charging. This a good measure to keep kids protected and away from electrical outlets. For connectivity, the MatePad T 10 Kids Edition sports Bluetooth 5.1, Wi-Fi 5, GPS, and LTE. 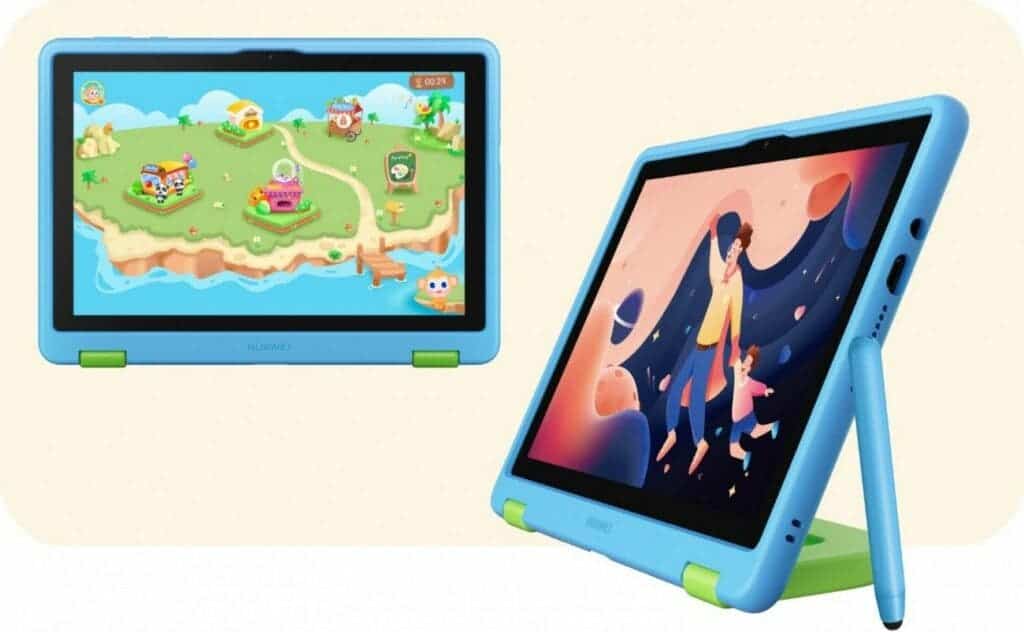 It runs EMUI 10.1 based on Android 10 and doesn’t expect any kind of Google App here. Despite this, the tablet will come loaded with a bunch of apps and features aiming at kids. There is a Kids Corner that provides different Time, Application, and Content Management features to keep the kids from accessing the wrong content. Huawei also offers a free 12-month subscription to Azoomee which offers a catalog of age-appropriate puzzles, games, and inspirational videos.

As for the price, the Huawei MatePad T 10 Kids Edition will retail for $200 in Indonesia. The tablet is already available for pre-order in the country. there is no word yet on when it will be available in other regions.