In the second half of the year, Xiaomi is due to unveil the flagship Mi Mix 4 and as the announcement approaches, more and more rumors of the device will appear on the network. If you believe the latest rumors, then in terms of autonomy and charging speed, Xiaomi Mi Mix 4 will be almost the ultimate solution.

So, according to one of the Chinese sources, the flagship will have a battery with a capacity of 5000 mAh, fast wired charging at 120 W and it will be possible to charge it wirelessly at 80 W. Earlier, in the database of the 3C certification center, information was found about a smartphone with a two-cell power source, where the capacity of each cell is 2430 mAh.

It is expected that Xiaomi Mi Mix 4 will receive the Snapdragon 888 Pro / Plus SoC; a sub-screen front camera and a new version of the proprietary MIUI 13 shell. The camera will be premium and will include a telephoto lens. It is assumed that the price tag for the new product will be at least $ 900.

The smartphone will be able to work in 5G mobile networks. The multi-module rear camera will supposedly include a 108-megapixel main sensor. Network sources also add that before the end of this year, Xiaomi will announce a new smartphone equipped with a flexible display. 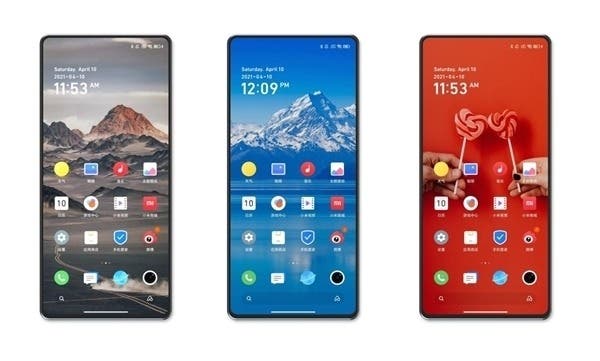 Recently, in the popular Geekbench benchmark, information has appeared about a powerful Xiaomi smartphone codenamed M2102K1G. This device, according to network sources, will join the range of flagship models.

The test speaks of using a Qualcomm Snapdragon 888 processor in a motherboard named Star. The chip contains one Cortex-X1 core at up to 2.84 GHz, three Cortex-A78 cores at 2.42 GHz, and four Cortex-A55 cores at 1.8 GHz. The product includes the Adreno 660 graphics accelerator; and the Snapdragon X60 5G modem with data transfer rates up to 7.5 Gbps.

Featured in Geekbench version of the smartphone was equipped with 12 GB of RAM. Obviously, versions with a different amount of RAM will also go on sale, for example, with 8 or 16 GB. 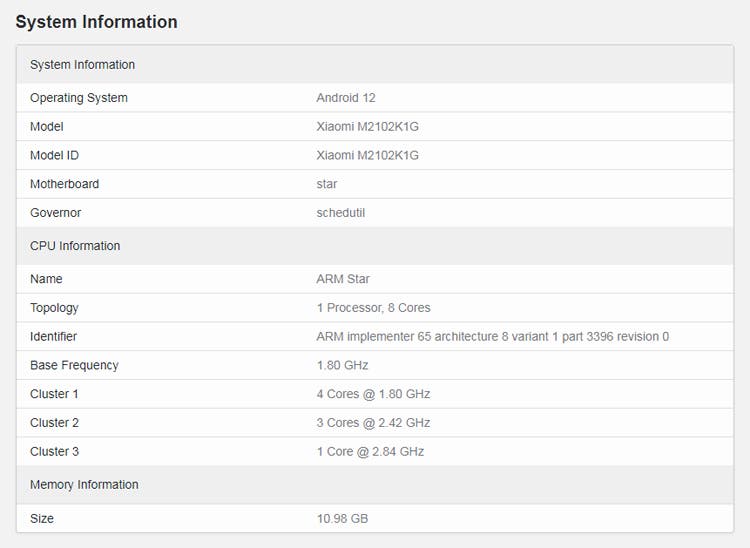 Rumor has it that the designation M2102K1G hides a variant of the Xiaomi Mi 11 Ultra smartphone. The device is equipped with the operating system Android 12. In the single-core test it showed the result of 1116 points, in the multi-core test – 2845 points.

It is also noted that this year Xiaomi has planned the announcement of several flagship smartphones. Some of them are credited with having a sub-screen front camera.

Previous Vivo V21e 5G has specs leaked ahead of release

Next Some iPhone Apps forces users to allow tracking privacy