Huawei certainly is losing some appeal in the smartphone market due to the lack of recent releases. The company is trying to prepare a comeback now that it has released its own HarmonyOS software. Meanwhile, we haven’t been seeing many smartphone releases, but rumors suggest that the company will unveil its Huawei P50 series in a near future. Those who are desperately waiting for a new Huawei smartphone announced a few days ago that it will bring a brand new smartphone dubbed Huawei Nova 8i. The device is heading to Southeast Asia and will launch very soon. Today, a new official render reveals the device’s stunning design.

The render didn’t come from an official source, but it looks to be part of an official promo. It comes from the folks at Playfuldroid and reveals a part for the back design. Interestingly, the render confirms that the phone will sport a design that is reminiscent of the Huawei Mate 30 Pro. That means that it will come with a huge circle that comprises a camera module with four shooters. The LED flash is positioned next to it. However, the back glass looks more curved than usual and the side frame seems quite thin. The volume rockers and the power button are present in the side. Interestingly, judging by the shape, this power button doubles as a fingerprint reader too. Both are present on the right side of the smartphone. 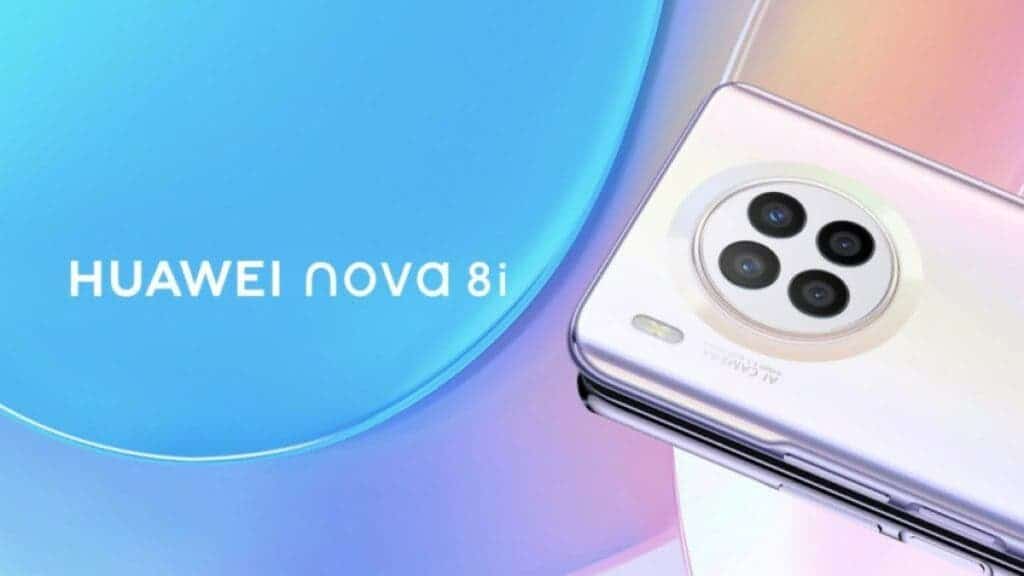 The colorway that appears in this render seems to be the Moonlight Silver color. The other colorways are likely Starry Black and Interstellar Blue. We expect just these three colorways to come right now. For now, we don’t know much about the device’s hardware, display details. However, the report states that the smartphone will adopt a punch-hole. The company will drill the hole,e in the top-left corner of the screen to house the selfie snapper.

Judging by the premium look of this smartphone, we’re going for a Full HD+ display. It will probably be an LCD, after all, the side-mounted fingerprint scanner is commonly associated with these displays nowadays. Of course, Huawei can choose Xiaomi’s route with its Redmi Note 10 series that even with an AMOLED display didn’t go for in-display fingerprint scanners. We expect a high refresh rate of at least 90 Hz. The device will likely come with EMUI 11 based on Android 11. Of course, it will be eligible for HarmonyOS at a later date.

We expect more details to keep coming in the following weeks.