Samsung is doing a stellar job by bringing Android 11 and One UI 3.1 to its smartphones. The company already rolled out the firmware update for many smartphones across its portfolio. Now it’s time for the Samsung Galaxy Tab Active Pro to get the very same treatment. The update comes as a nice surprise since this is a 2019 device. The Korean firm seems to be really committed to bringing two-generation upgrades for many of its devices. This is something really nice to see when some companies considered “user-friendly” like OnePlus are offering just a single generation update for mid-range smartphones.

The Galaxy Tab Active Pro was launched with Android 9 Pie and received One UI 2.0 update last year with Android 10. Now, smartphones are getting yet another major OS upgrade that brings Android to the ruggedized tablet. The new software updates include One UI 3.1 skin which adds new visual increments and a bunch of new features as well as Android 11 features. Users will get new UI elements, one-time permission for location and microphone, and chat bubbles notifications. Other notable features include Dynamic lock screen options, improved Digital well-being, Quick Panel improvements, and big security improvements. 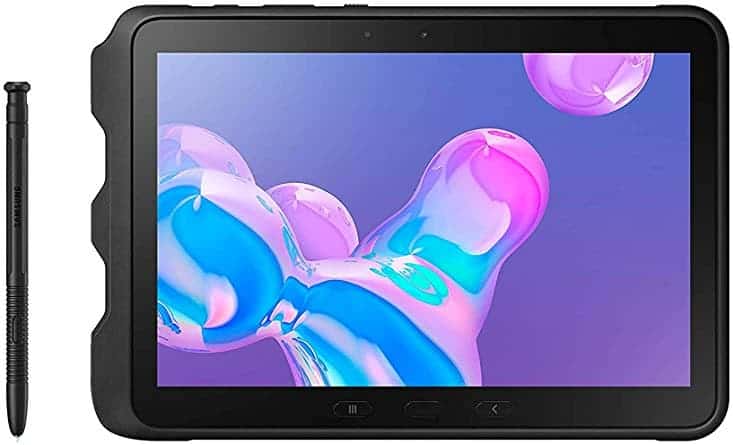 Samsung is sending Android 11 updates for the Galaxy Tab Active Pro units in Thailand. The firmware is coming with build number T545XXU3CUF7_B2BF. The new over-the-air update will reach all remaining regions over the next few weeks. The new firmware is reaching the units in a gradual form. You can try your luck by heading to Settings >> Software Updates menu and then tap on Download and Install. We assume that more regions will receive this update throughout the next few days.

The Galaxy Tab Active Pro is a mid-range rugged tablet. The slate brings a huge 10.1-inch panel with 1920 x 1,200 pixels of resolution and a 16:10 aspect ratio. This is a common LCD with 550 nits brightness. Under the hood, we have the mid-range Qualcomm Snapdragon 670 Octa-Core SoC based on the 10 nm architecture. It comes with an Adreno 616 GPU. The device has 4 GB of RAM and up to 64 GB of Internal Storage. You can easily expand it with a microSD card slot. In terms of optics, it brings a 13MP rear camera and an 8MP front-facing snapper for selfies and video calls. The device packs a fairly large 7,600mAh battery with 15W fast-charging support. Now with Android 11 and One UI 3.1 onboard, users will have another year to enjoy this product.