The renowned journalist and tech-insider Mark Gurman said Apple is considering making iPad tablets with larger displays. So far, the maximum diagonal of the iPad Pro commercially available is 12.9 inches.

According to an insider, “a couple of years” remain before the final revision of the size range of the tablet line – while the project is at the research stage. Apple is rumored to be developing new iPad cases with glass backs for the 2022 models, which will come in “traditional” 11 and 12.9-inch sizes.

The insider argues that large screens will finally blur the line between Apple tablets and laptops. As the performance of iPadOS models grows, so does the demand for larger screens for this line. When it comes to laptops, the largest MacBook Pro to date has a 16-inch display.

Earlier it was reported that the redesign of the 2022 iPad with glass back panels will allow the release of tablets with wireless charging for the first time in the company’s history. It is possible that “reversible” charging will also be available, allowing you to “recharge” the batteries of the iPhone or wireless headphones. 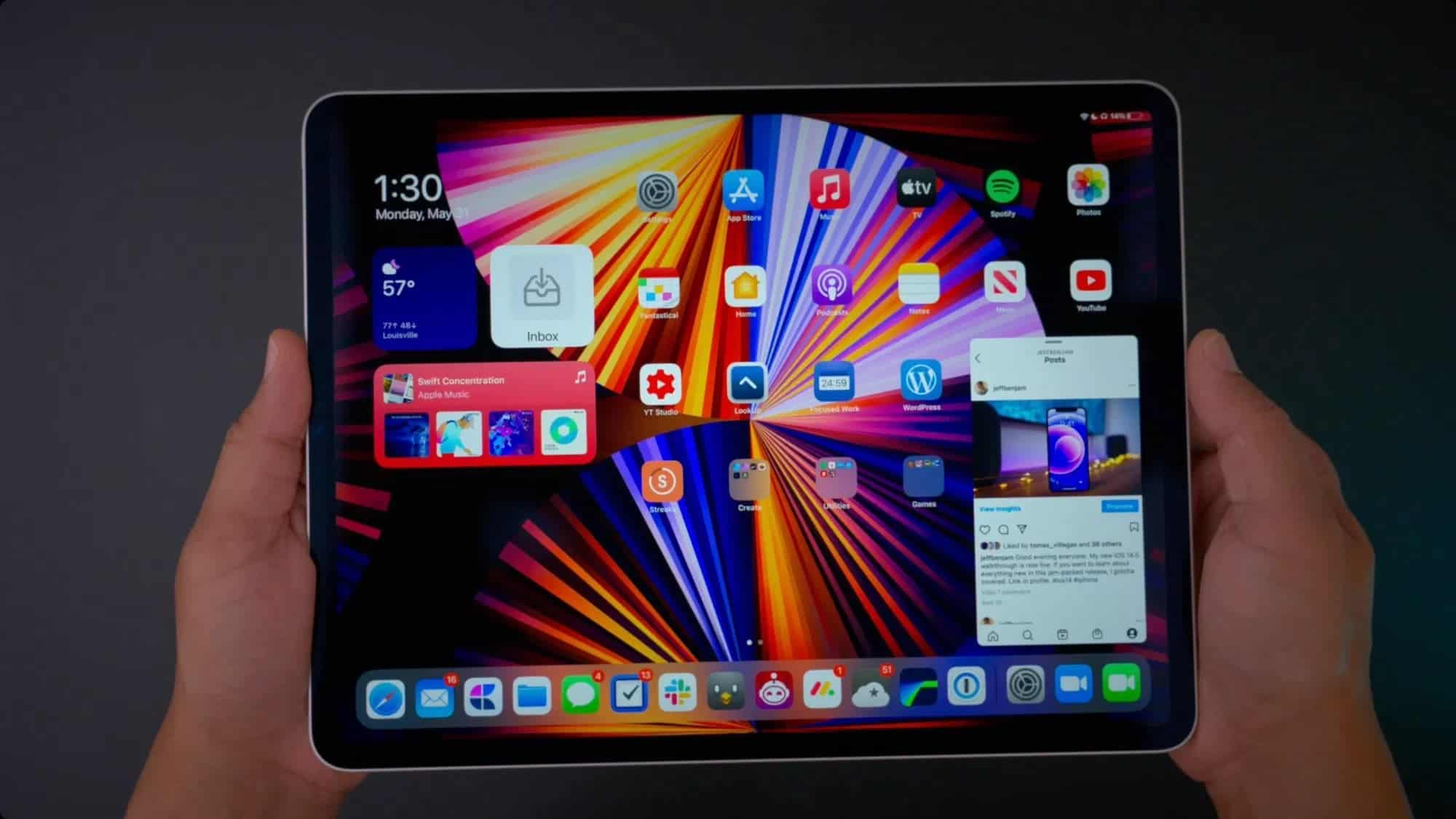 In iOS 15 and iPad OS 15, apps will be able to use more than 5GB of RAM if the system allows them

With the release of the new iOS 15; Apple will take a big step forward by providing developers with increased access to RAM; which will positively impact productivity and allow developers to improve the user experience in their iPhone and iPad apps.

Currently, apps for Apple mobile platforms can use up to 5 GB of RAM; despite the fact that the maximum amount of RAM in the latest iPad Pro with the M1 chip reaches 16 GB. Thus, one application cannot use even half of the amount of RAM, which creates an artificial barrier to improving performance.

In the second beta version of iOS 15 and iPad OS 15; Apple introduced a new feature that developers can use in their applications. Thanks to it, the application can let the system know that exceeding the established limit of RAM will help the program to work better.

While Apple does not specify the maximum amount of additional RAM an application can request; the wording of the new feature in the support document suggests that this amount could be relatively high. However, it is unlikely that Apple will allow developers to use most of the device’s RAM. This innovation is likely due to Apple’s reaction to user reviews; who complain that the iPad OS is limiting the capabilities of the company’s new professional tablets.

Next Experts uncover vulnerabilities in millions of Dell computers