Back in the last year, Microsoft unveiled the next big update for its legendary operating system in the form of Windows 11. Many users started to wonder when the update would reach their Windows 10-supported devices. However, the company has surprised most of them with some of the requirements for Windows 11. While the new operating system isn’t much heavier than Windows 10, it requires a trusted platform module on the 2.0 version. This is a requirement at least for running the Insider Preview, but it may not be a requirement on the final stable version of Windows 11. Even though, this has lifted a lot of confusion among the community of Windows enthusiasts. 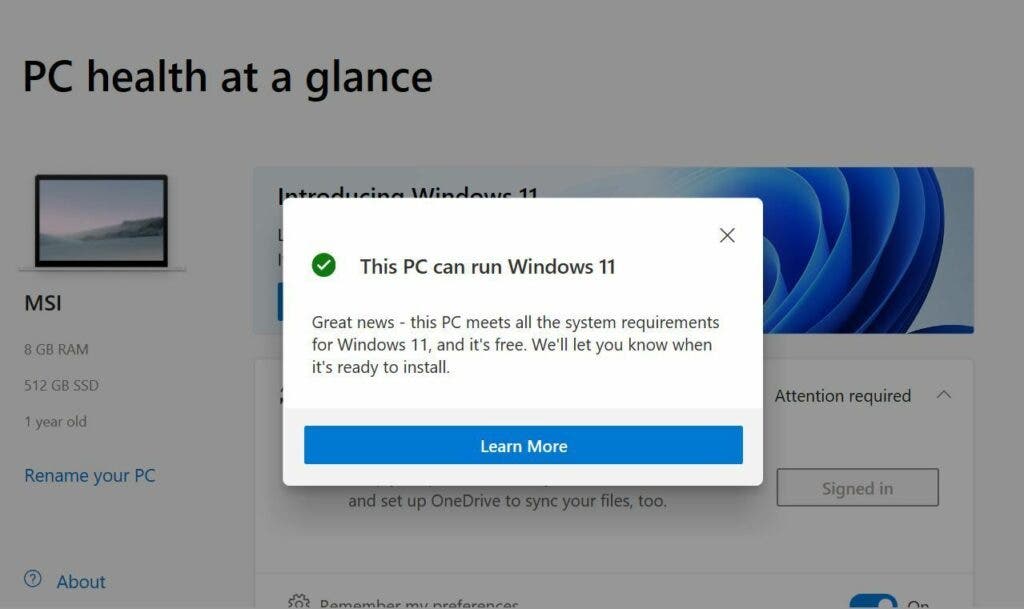 Microsoft put out a neat little application called “PC Health Check App”. It tests the compatibility of users’ PC and whether it will be able to run the latest version of Windows. The apps have been doing a decent job allowing users to know how compatible their PCs are. However, it seems that users have had a tough time getting any concrete answers as to why their PCs aren’t compatible. The big problem here is that the app sometimes simply says that a PC is compatible without giving further details about that.

Microsoft is aware of the “backlash and confusion” coming from the app. For that reason, the company is pulling out the application. Apparently, it will be available again near the Windows 11 official launch. The company gave the following statement:

“Based on the feedback so far, we acknowledge that it was not fully prepared to share the level of detail or accuracy you expected from us on why a Windows 10 PC doesn’t meet upgrade requirements. We are temporarily removing the app so that our teams can address the feedback.”

So far, the company is yet to give a specific launch date for Windows 11. However, yesterday the company Chief Product Officer, Panos Panay let some information slip off his hands. According to the official, he can’t wait for October. Hence, we believe that the Redmond giant is aiming at October for the release of Windows 11.

The brand new Windows 11 will bring a set of improvements. These improvements namely include visual changes, centered taskbar icons, integrated Teams app, and support for Android apps. The Android apps can be downloaded straight from Microsoft Store via the Amazon App store. Further details will be explained to determine eligibility for this update.