Strategy Analytics has summarized its research on the global smartphone memory market in the first quarter of this year. The industry is growing on the back of a recovery following the coronavirus strike.

DRAM modules and NAND flash memory chips are taken into consideration. It is estimated that almost half of the market (49%) is occupied by the South Korean giant Samsung. In second place is SK Hynix with 23%, and Micron closes the top three with a share of approximately 14%.

Thus, the top three companies control 86% of the industry. All other suppliers of memory for smartphones together hold approximately 14% of the market.

In the first quarter of this year, the NAND segment in the smartphone market grew by 18% year on year. Samsung Memory scored 42%. Next come SK Hynix with 20% and Kioxia with 19%.

The DRAM area recorded a 21% growth. Samsung Memory leads the pack with 54%. This is followed by SK Hynix and Micron with 25% and 20% respectively. 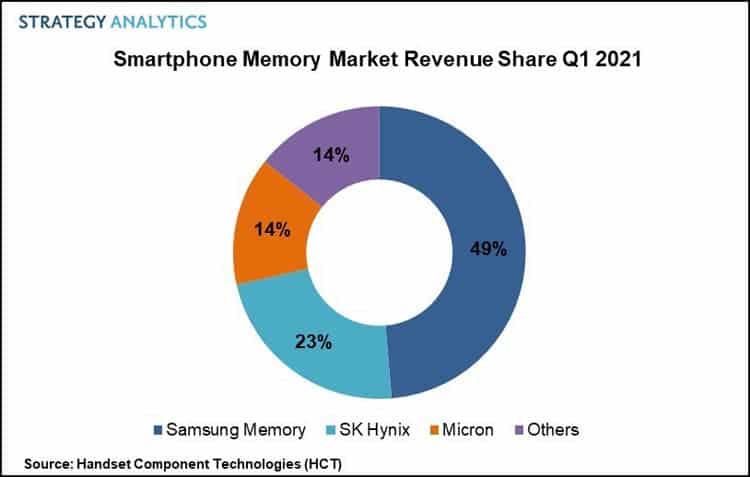 According to Stephen Entwistle, Vice President of the Strategy Analytics Strategic Technologies Practice, “The strong demand for 5G smartphones creates a tailwind for the smartphone memory market growth. Memory vendors are expected to cater to the 5G demand with the introduction of high capacity UFS 3.1 and LPDDR5 Multi Chip Package memory solutions. However, the ongoing non-memory component shortages could dampen the memory market prospects.”

AnTuTu: diagonals and refresh rates are growing, but the resolution is not

The AnTuTu benchmark, which measures device performance on a regular basis, sometimes comes up with interesting statistics. This time the displays were in the center of its attention. It was decided to find out how much the trend with increased hertz “infected” the smartphone market. And also “measure” the resolution and growth of the diagonals.

Let’s say right away that the statistics cover the Chinese market and only those devices that have passed the test in AnTuTu. But it demonstrates in which direction the mobile device market is drifting and how we will soon see the global smartphone market. The classics are still relevant – 42.5% of mobile phones have screens at 60 Hz. 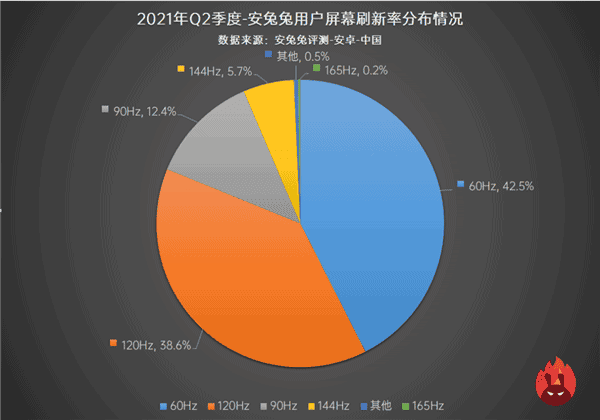 If we talk about the diagonal of the screen, then among the favorites are 6.6-inch panels – 27.9% of the market share. Displays with a diagonal of 6.7 inches are in second place with a slight lag – 25.4%. The most popular resolution is FullHD. Models with such displays account for 57.9%. Whereas smartphones offering 2K screens are only 8.8%.

Previous Windows 7 and 8.1 users will be able to upgrade to Windows 11 but with a condition