Oppo unveiled the Reno6 series in China last month. The devices are set to reach India and global markets this month, and the company is already preparing the usual wave of “variants”. Earlier this year, the company brought multiple variants for the Reno5 series including an Oppo Reno5 Z. Now, it is time for the Reno6 series to get some “Z-treatment”. The company will unveil a new smartphone dubbed Oppo Reno6 Z 5G on July 21. Ahead of the unveiling, the smartphone popped up in the Geekbench benchmark. It confirms a few tidbits about the device’s internals.

Once again, the popular benchmarking website is here to reveal some key specs of a yet-to-go-official smartphone. According to the listing, the Oppo Reno6 Z 5G carries a MediaTek Dimensity 800U SoC. The processor carries two ARM Cortex-A76 cores clocked at up to 2.4GHz. It also packs six power-efficient ARM Cortex-A55 cores clocked at up to 2 GHz. The chipset also offers an ARM Mali-G75 MC5 GPU. This particular variant ships with 8 GB of RAM onboard. However, there might be other memory options as well to choose from. In terms of storage, the starting variants tend to come with 128 GB. We are curious to see if the device will include the virtual RAM expansion feature like the Oppo Reno6 Pro 5G. This feature is the latest trend being pushed forward by Chinese firms. Anyway, the device will run Android 11 straight out of the box. 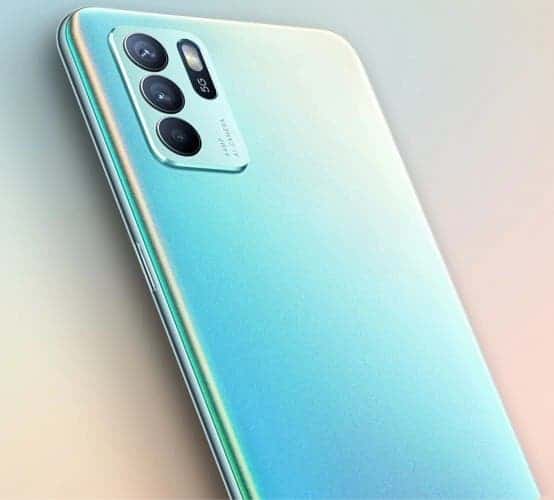 The Oppo Reno6 Z scores 589 points in the single-core tests and 1,749 in the multi-core test. Oppo is yet to disclose the official details about the Oppo Reno6 Z. However, the promo page on the company’s Thai website confirms the smartphone’s design and color options. The company also confirmed the presence of a MediaTek chipset with 5G connectivity. The device will sport a 64 MP triple-camera setup on the rear. We assume that it has an ultrawide angle sensor. However, we can determine the purpose of the third sensor just yet. The device will charge with a 30W battery and probably has a battery capacity that sits between 4,000mAh and 4,500mAh.

There are at least two weeks to go before the official release of the Oppo Reno6 Z. For that reason, we expect more teasers and leaks to emerge in the coming days in the lead-up to the unveiling. Oppo will certainly try to build some hype ahead of the smartphone’s schedule. Besides Thailand, it’s hard to determine what are the countries getting the Reno6 Z for now.

Next Qualcomm Snapdragon 888 SoC now has over 130 smartphone models