Google has improved its gaming experience in Android 12. In particular, it was decided to reduce the waiting time for the start of the gameplay to a minimum. Android 12 will offer a play-on-load feature that lets you launch the game before it’s fully on the gadget.

Google claims that the innovation will allow games to be opened in “seconds.” Tests have shown that the launch of games is twice as fast, and you can start the gameplay when the application is loaded only 18%.

Introduced in Android 12, the Game dashboard with options that may come in handy during the game. There are several buttons at the top of the display, where each of them is responsible for taking a screenshot, activating the Do Not Disturb mode, screen recording and frame rate statistics. If you wish, you can also start streaming gameplay on YouTube. The new feature will appear on a number of devices later this year.

Google has also introduced Android Game Developer Kit tools for creating and optimizing Android games. If you want to know how memory, GPU and CPU, as well as other resources are in use, then the “Reach and devices” function will come in handy. 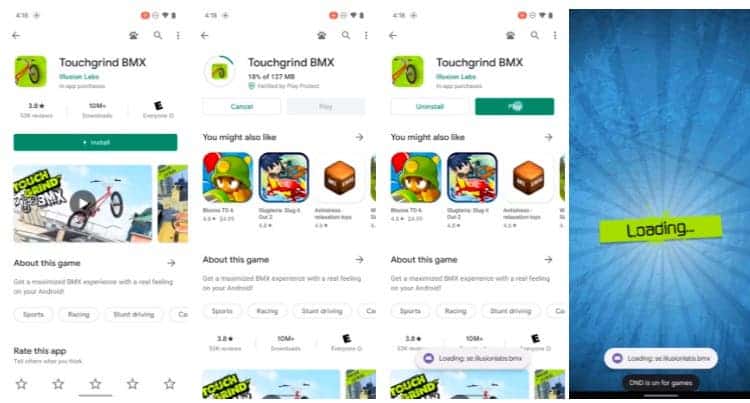 The Game Mode API and Game Mode interventions allow you to optimize gameplay by prioritizing characteristics; such as performance or battery life based on users settings or game specific configurations.

The Game Mode API and interventions are available starting with Android 12 on selected devices.

You can use the Game Mode API to identify the current game mode that the user select; and then optimize your game for the best performance or battery life based on their selection.

You can learn how to set up, optimize, and publish your game to support standard, performance and battery modes.

Game Mode interventions are game specific optimizations set by original equipment manufacturers (OEMs) to improve the performance of games that are no longer being updated by developers.

You can learn how to set up, test and submit interventions for your game with performance and battery modes.

The company also announced the Android Game Development Kit with tools and libraries to “develop, optimize, and deliver high-quality Android games.” There are three tentpoles:

Next Publishing Industry Fights Against Google: It Should Pay 500Mln Euros