Samsung Galaxy Z Flip3 5G has finally made its appearance on Geekbench, and key specifications have been revealed. The South Korean company’s much-awaited foldable handset is set to launch on August 11. While we are nowhere near the launch date, Geekbench has listed the clamshell phone with some of its specifications.

The huge fanbase of Samsung is understandably excited about the arrival of the company’s newfangled devices. Much to their chagrin, details about what Samsung will be offering them in terms of specs and features are still scarce. The phones have been subject to multiple leaks that have hinted at some awe-inspiring features. Now, the most important specs of the Galaxy Z Flip3 have leaked.

A slew of key specifications of the Galaxy Z Flip3 foldable phone has been listed on the benchmarking platform. The phone has been assigned the model number SM-F711U. The Snapdragon 888 flagship processor is the “Lahaina” Qualcomm chip that the device packs under the hood. It will run the Android 11 mobile operating system and ship with 8GB of RAM. 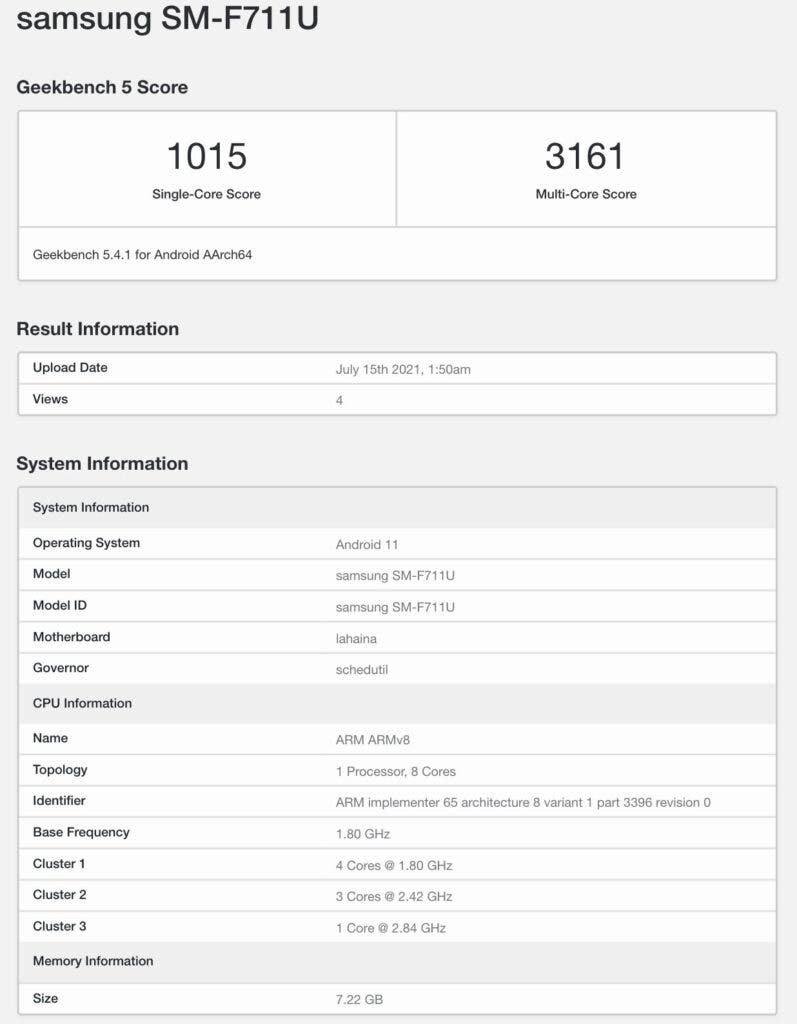 Furthermore, the Galaxy Z Flip3 scored 1015 in single-core and 3161 in multi-core tests of Geekbench. Samsung will probably launch the Exynos 2100 model of the phone in some markets.

Specifications Revealed In The Geekbench Listing

The SM-F711U model will be launched in the US. The benchmark has confirmed a slew of other information including the chipset that will power the device. Aside from that, it reveals how much RAM the base model will ship with. For those unaware, the “Lahaina” in the listing alludes to the Qualcomm Snapdragon 888 processor, which will be available in the US version, according to SamMobile.

If previously surfaced leaks from GizNext are anything to go by, the Galaxy Z Flip3 will sport a highly appealing 6.7-inch S-AMOLED screen with high resolution, 25:9 aspect ratio, and an external display of 1.9 inches. Furthermore, renders suggest that the Z Flip3 will be adopting an eye-catching dual-tone design, with a side-mounted fingerprint scanner. 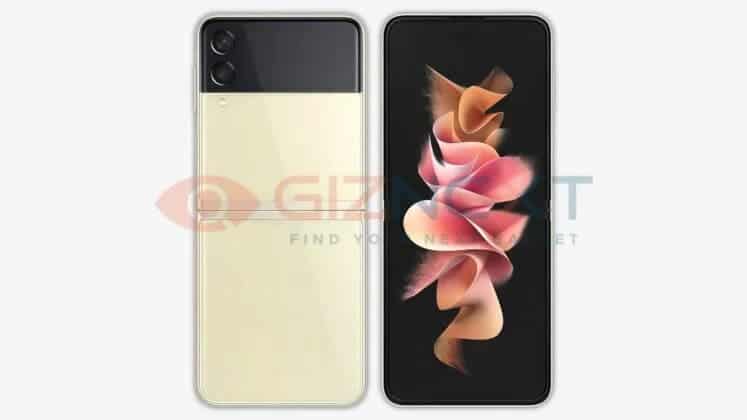 On the photography front, the device will feature a 10MP front shooter for selfies and video calling. It will house a 12MP primary camera and a 12MP ultrawide lens at the back. Moreover, the device is likely to draw its juices from a 3,300mAh battery with 15W charging and wireless charging support.