Recently, DigiTimes reported that Apple plans to update its 4.7-inch entry-level iPhone SE in the first half of next year. The new model dubbed the iPhone SE 3 will sport the A14 bionic processor, which can be currently found on the iPhone 12 series.

In fact, the DigiTimes report is consistent with the previous report by the reliable Apple analyst Ming-Chi Kuo. If you remember, he said last month that the iPhone SE will receive updated processors and 5G features in the first half of 2022. Ming-Chi Kuo also said that the new iPhone SE will be “Apple’s cheapest 5G phone ever” and hopes to consolidate Apple’s position in the increasingly competitive 5G market.

The first-gen iPhone SE hit the market in March 2016. It is an entry-level iPhone with a small screen, which replaces the iPhone 5S released three years ago. In April last year, Apple updated the iPhone SE series. The new model came with the same A13 bionic processor as the iPhone 11. Also, the screen has become larger and it was using a new design. Not surprisingly, the Cupertino company improved the camera as well. In this sense, the upcoming iPhone SE 3 has fewer changes. The biggest change will be the new A14 bionic processor. Thus, it will support 5G network. 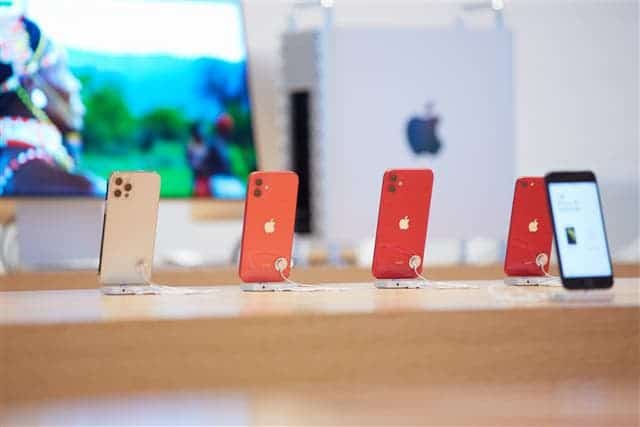 The iPhone SE is the only iPhone in Apple’s current product line that is equipped with a Touch ID sensor and a home button. And both sources (DigiTimes and Ming-Chi Kuo) prove that next year’s iPhone SE 3 will continue to use this design. There is also news that Apple plans to redesign the iPhone SE in 2023. The latter may be using a punch-hole screen design instead of bangs.

Generally, when talking about the display sizes and the Apple products, we should point out that the Cupertino-based company not always follows the trends. Say, the iPhone SE came with a 4-inch display; the iPhone SE 2 was using a 4.7-inch screen. The screen-to-body ratio is just 65.4%. As a reference, the average smartphone display is 6-inch and the screen-to-body ratio never goes below 85%. So the Apple iPhone SE can considered not only a low-end device only but also as a small-screen handset that competes with the Sony Xperia Compact and the likes. However, when the new variant will get a 5G support, it will also become one of the most attractive models in the 5G smartphones market.

Next Xiaomi Mi MIX 4 and CC 11 appears on TENAA

Next generation Apple iPhone SE will get the iPhone XR design