Samsung has pretty much revolutionized its smartphone series with the arrival of the Galaxy A and Galaxy M-series. This year, the company has given a step further by introducing the first 5G smartphones under these lineups. The company unveiled the cheapest 5G Galaxy smartphone in the last month in the form of the Galaxy A22 5G. However, the device was available only in a couple of markets, and India was left out of the party. The Asian country only got the 4G device. Although India is yet to deploy its first 5G network, the 5G smartphones are filling the local market this year. For that reason, Samsung needed to bring the 5G variant to stay relevant. Today, the company has unveiled the Samsung Galaxy A22 5G.

Galaxy A22 5G specs and pricing

The Samsung Galaxy A22 5G will be available online through Samsung.com and leading online stores as well as brick and mortar retailers. For now, Flipkart and Amazon are yet to update their listings. But we can conclude that the 5G variant will be available through all the major retailers in the Asian country. 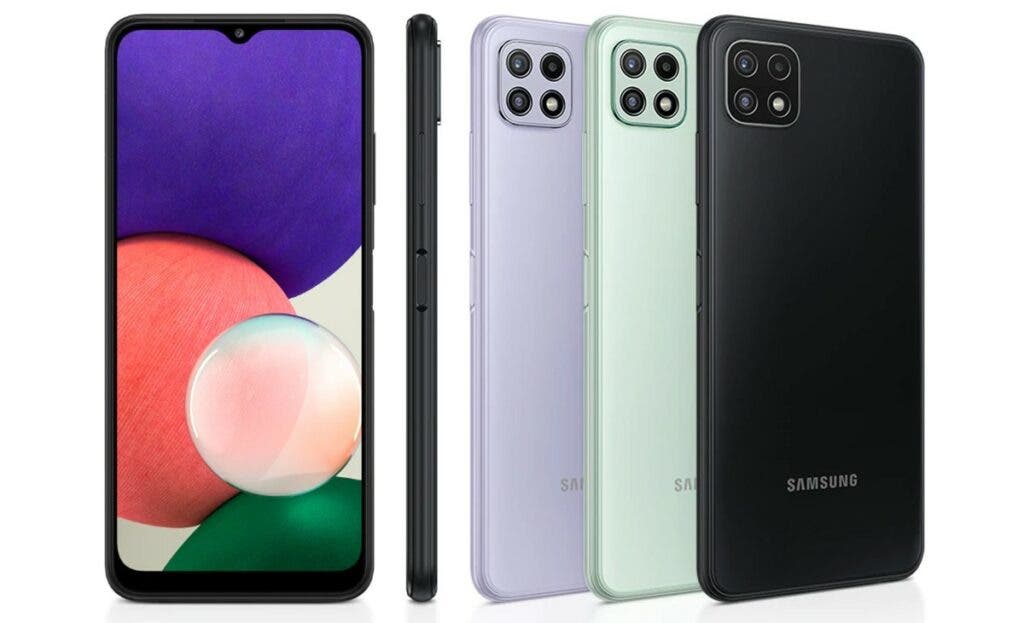 The Galaxy A22 5G is way different than its 4G sibling. The new variant has a 6.6-inch LCD while the 4G model retains a Super AMOLED display with 4G resolution. Anyway, both devices have 90 Hz displays. However, the 5G variant has only HD+ resolution whereas the 4G packs a Full HD+ resolution. Under the hood, the smartphone packs a MediaTek Dimensity 700 5G versus the Helio G80 SoC on the 4G models. Both devices share a 48 MP primary camera, however, the 5G model has a 5 MP ultrawide camera instead of 8 MP, the selfie cameras are different too.

Samsung is also promising two years of Android upgrades for this device. The sad part is that the device is arriving a couple of months before the Android 12 release, so we should count Android 12 as a major upgrade already.